One advantage of having your own interactive website is you can decide what you write and when you wish to write it. And, if need be, you can respond to various attacks or criticisms of your work. If something you have written is badly misrepresented or misunderstood, you have the luxury of responding to that and hopefully correcting it.

If I get blistering criticism and blatantly false accusations, I can respond in the form of a comment, or even pen a whole new piece. Some might think I am simply venting. Well, there may be an element of truth in that. And one does not want to get into the habit of always appearing to be justifying oneself or defending oneself.

But hopefully it is more often a case of seeking to set the record straight, and dealing with any falsehoods or reckless criticisms. Truth matters, and when truth comes under attack, it needs to be defended. Of course none of us have all the truth, and sometimes what we are running with can be held to lightly, as it deals with secondary matters, not primary concerns. 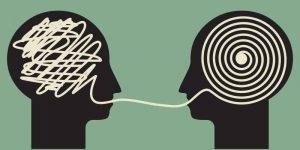 Thus we always need to pick our battles carefully. If I do a piece on something that Christians can agree to disagree on, then I can go easy on any critics or opponents. But if the piece is affirming some core Christian doctrines, then a firmer stance is required.

I certainly do not want obvious falsehood and deception to get a free run on my website. So that I will always deal with firmly and swiftly. And wisdom of course is needed as to when something must be rebutted and corrected, and when something can just be let go through to the keeper, as the Brits and Aussies put it.

And here is a bit of inside information that some of you may need to hear: When I write a piece, I generally seek to be careful and prayerful as I compose it. I also need godly guidance if I should even write on a certain topic in the first place. Sometimes the wise thing to do is to steer clear of a certain issue altogether.

But when I do write on some important yet controversial matter, I do seek to be quite careful and precise in making my case. Even what particular words I use will be thought through carefully. In a ministry like this in which you have a never-ending stream of critics – some friendly and some hostile – you need to be real careful in what you say and how you say it.

Over time you hopefully get rather good in anticipating possible objections and criticisms. You try to write carefully so that you do not give your enemies any unnecessary ground to stand on. Sure, they will go on the attack anyway, but you can at least remove anything that will give them some free shots at you.

So not only ideas, but the very words used to express those ideas, need to be carefully weighed and chosen. I seek to not say that which will unnecessarily give my opponents ammunition for their attack. And I speak not just of hostile secular critics, be they atheists or secular humanists.

One can get as much flak and opposition from fellow Christians. So when I write on a controversial theological topic for example, I do seek to write it carefully and fairly. It is the same when I write on something that is really rather speculative.

There are many issues in Christian theology that we just do not have a lot of biblical data on, and we can only speculate. Plenty of these issues might arise. For example, consider this question: Is there life on other planets? The Bible does not explicitly speak to this.

Of course the discussion needs nuanced direction. One would need to ask a whole bunch of other questions to properly deal with this issue. For example, if there is such life, would it be made in the image of God? Would it have experienced a fall as well? If so, is it then in need of redemption also? And did the work of Christ at Calvary cover that? (And yes, I may one day write a piece on all this!)

Just yesterday I did another piece on an admittedly speculative matter. Scripture does not directly speak to it, but there are various indirect passages and principles that might be applied. I refer to the matter of whether pets might be in heaven. You can find it here: billmuehlenberg.com/2019/07/06/will-our-pets-be-with-us-in-heaven/

I noted that perhaps most Christians have pets that they deeply love, and many of them would have at least wondered about this matter from time to time. So I wrote the piece, with plenty of qualifying remarks. I did not answer the question with a yes or a no.

Indeed, I finished my article with these words: “The biblical data is just not all that specific in giving us a definite ‘yes’ or ‘no’ to this question. But a good solid ‘maybe’ seems to be the best we can run with!” It is an interesting topic and something worth thinking about.

It seems we cannot be dogmatic here either way. Yet when I posted links to this on the social media, a rather usual but unwanted reaction occurred. Various folks got upset with me. They obviously did not approve of my piece. But even more obvious was the fact that most of them obviously did not even read the article!

This was once again a case of kneejerk reactions: don’t bother to read what I actually said – just lash out in anger! And these are fellow Christians doing this! Good grief. I expect angry atheists to act like this, but it continues to astound and sadden me when fellow believers act this way. Indeed, I ended up putting up another post on the social media with these words:

So I do a piece on speculative theology. It features various Scripture passages and quotes from important Christian thinkers. It contains lots of qualifying words like ‘maybe,’ ‘perhaps,’ and ‘possibly’. The title even ends with a question mark. Yet I get some angry critics who have obviously not bothered to read the article, blasting me as an arch-heretic who should be burned at the stake. Um, with ‘Christian friends’ like these, who needs enemies? I would prefer that these folks learned how to read and think first, instead of merely emoting and running with kneejerk reactions.

Of interest, one friend very kindly replied to that, offering even more specifics. She said:

When I read a couple of the critical comments, I had to go back and re-read the article to reassure myself with what you had exactly written. Along with the 1 x ‘maybe’, 1 x ‘perhaps’, 2 x ‘possible/bly’, 5 x ‘seem/s’, there were numerous other phrases and entire paragraphs (that I didn’t bother counting) written clearly in a cautious, speculative language that there was no doubt of your intent. Sorry – as a former English teacher currently specialising in communication in my employment, I can’t help myself with this sort of thing. Reading for meaning is a skill lacking in many these days.

Thanks for that friend! Again, had these critics actually bothered to read – and read carefully – what I had written before they started running off at the mouth, that would have been the proper way to proceed. It is one thing to be criticised when a person HAS carefully read your piece.

But no one likes it when some ornery critic blasts you, yet has not even shown you a modicum of Christian grace in reading what you had to say first. I must say I have very little time for such folks. They are hardly friends or fellow Christians in my eyes.

However, while there were many critics, there were also many supporters. Many said the article was helpful and encouraging. Quite a few folks have shared it, commented on it, and liked it. So it seems to have been of some use to some people.

As but one example, just moments after I wrote the piece and posted links to it on the social media, I had one fellow thanking me for it, saying he had just lost his beloved pet dog a few hours earlier. The piece was helpful to him while in the grieving process.

Others also found some useful takeaways from the piece. If it helped others somewhat, and got them thinking a bit, then I guess it was worthwhile penning such a piece, even if I had to endure the usual criticisms and emotional outbursts. There is nothing amiss in theological explorations, even if they may be a bit tentative and speculative.

As to this particular topic, one person said that if no pets are in heaven, that should still be fine. I replied: “Yes, whatever or however it all turns out, it will be greater than we can ever imagine, simply because God himself will be there. That will be more than enough.”

But time to close this off here. Rant over! I have vented! But hopefully this was more than a mere rant and a venting process. Hopefully a few home truths were offered here as well. One such clear truth is this: we all need to be much slower to speak and react, and much quicker in thinking, reading and assessing first before we respond.

I too need to learn this lesson. I can also be much too quick to react and to speak. So I am speaking to myself here as much as to anyone else. We all can do better in this regard. But one last word of advice: if you want to live a quiet and peaceful life, with no critics and criticisms, do not set up an interactive website, or have any noticeable presence on the social media!

6 Replies to “On Critics, and Speculative Theology”