OK, I have finally done it – I have penned a piece on tattoos! I have long put off writing a piece on this for various reasons. Indeed, let me open with a few prefatory remarks, which will help explain my reluctance in going anywhere near this topic!

One. This is one of those topics that far too many Christians go absolutely ballistic about. I can already guarantee that there will be a huge reaction to this – both from those who love tattoos and those who hate tattoos. There will be plenty of comments, likes, shares, disagreements and arguments. Sadly, much more important topics however usually get far less attention and response! 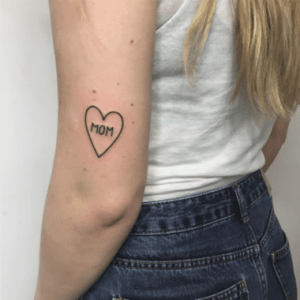 And overwhelmingly there will be all the usual emotional outbursts and knee jerk reactions. I have actually had Christian friends unfriend me over this matter. And incredibly, I said absolutely nothing about the topic. I simply did not like – or dislike – their posts on this. And for that, they threw a hissy fit, and unfriended me!

Two. For what it is worth, I don’t like tattoos – I think they are stupid, and I wish Christians would stop slavishly emulating the world. I wish they would stop doing every stupid thing the pagans do! This is just another sad example of Christians allowing the world to squeeze them into its mould. But having said that, please read this piece to the end!

Three. What pushed me over the edge here and prompted me to finally write this piece was all the unhelpful and foolish memes circulating on the social media at the moment – by both Christians and pagans – featuring a picture of Israel Folau with his tats, along with Leviticus 19:28. Whether believers or nonbelievers, they have used this passage to bash Folau and discredit his entire case concerning religious freedom.

Four. On a very practical level, everyone should bear in mind that one of the greatest growth industries in the West today is that of tattoo removals! So we all need to think carefully before rushing off to get one of these things. They are not easily undone!

Five. This piece could readily be included in my “Difficult Bible Passages” series. And as is often the case, it is not so much because the text in question is so terribly difficult, but because it can be so misused and abused. This is however one of those passages where care is needed, and historical, cultural and biblical matters must be looked at in some detail.

So now I turn to the actual biblical material on the topic. And the simple truth is this: we have only one direct verse on this, and various indirect verses. The one and only clear passage on this is Leviticus 19:28: “You shall not make any cuts on your body for the dead or tattoo yourselves: I am the Lord.”

It seems that verses 26-27 which immediately proceed it may well be closely connected to it, forming a unit. Therefore they need to also be taken into account and discussed: “You shall not eat any flesh with the blood in it. You shall not interpret omens or tell fortunes. You shall not round off the hair on your temples or mar the edges of your beard.”

Some of the secondary passages we can appeal to here would be texts like 1 Corinthians 6:19-20: “Or do you not know that your body is a temple of the Holy Spirit within you, whom you have from God? You are not your own, for you were bought with a price. So glorify God in your body.”

This is a very important biblical principle. But often Christians can be all rather selective in how they apply it. The same believers who use this text to condemn all believers who might have a tattoo may well be quite overweight and/or careless with their health, eating and exercise habits.

These things too can also really harm your “temple,” so they need to be dealt with as well. Likewise, believers who smoke, or drink excessively are also doing damage to their bodies. So if we use this text to rail against one group of people, let’s make sure we are not being hypocritical in terms of how we apply it.

But let’s get back to the main passage in question. My short point is this: if you consult any important critical commentary which looks in depth at cultural, historical, biblical, exegetical and hermeneutical matters, you will discover this: It seems that this prohibition may have mainly had to do with ancient pagan practices – particularly pagan mourning rites.

And even here there is not complete unanimity. The simple truth is, we cannot be 100 per cent certain what the actual prohibition is referring to. But you will see some general agreement by scholars here as to what is and is not being spoken against. And a key phrase is “for the dead” in verse 28.

That phrase does indeed tie this in specifically with pagan cultic death practices. But let me feature some representative quotes here from some fine conservative Old Testament scholars and commentators. John Hartley offers this commentary on the background to the prohibition:

The body is a marvelous creation of God. Its wholeness represents the beauty and perfection of holiness. Thus the body is to be kept whole. It is not to be intentionally harmed or marred in any way. Specifically prohibited is the pagan custom of lacerating the body as a means of mourning (cf. Deut 14:1; Jer 16:6; 41:5; 47:5; 48:37, which speak of Israelites gashing their bodies as part of their mourning rites). This practice was to increase one‘s sorrow. In Snaith‘s view, however, it was primarily done to offer blood to the departed spirit. A couple of texts from Ras Shamra speak about mourners lacerating themselves. In mourning for Baal, El the Kind “cuts his skin with a razor; he cuts his cheeks and chin, he raked his arms with reed, he plowed his chest like a garden, he raked his back like a valley”. Laceration may have been included in the rites of Baalistic fertility worship, especially when Baal appeared to be deaf to the pleas of his followers (cf. 1 Kgs 18:28).

Marking the body is also prohibited. While the exact meaning of [the Hebrew word] is unknown, it could refer either to making tattoos on the body or to painting the body. Painting the body was a pagan practice. Those preparing to attend a ritual painted their bodies. Elliger thinks this was done to ward off spirits of the dead. Bodily markings also served as a sign of belonging to a certain cult.

The commentary by Jay Sklar offers similar material, although he seems willing to offer a bit more leeway here:

Verses 27-28 prohibit pagan mourning rites, such as various hair or beard styles, or cutting one’s body for the dead. (cf. Lev. 21:5; Deut. 14:1). The rationale is not provided, although cutting one’s body is associated elsewhere with pagan worship (1 Kgs. 18:28), perhaps implying all these practices were somehow involved with illicit spiritual rites (cf. Isa. 15:2, where lamenting for the dead involves some of these rites and is done at high places). Alternatively, it could simply be that they were so associated with Canaanite practices that adopting them would blur the distinction between the Israelites and the Canaanites.

The words translated as tattoo marks occur only here. Although their precise meaning is unclear, the first word is related to ‘writing’ or ‘marking’, and the context supports some sort of marking on the flesh (either tattooing or perhaps painting). It is not clear whether this is connected with mourning rites or is simply another pagan custom that involves putting marks on the body; in either case, it is probably prohibited for the same reasons as the preceding practices. Tattoos today – at least in Western cultures – do not have the same pagan associations as they did in ancient Israel, so believers are no longer prohibited from getting them (just as they are no longer prohibited from various hair or beard styles, v. 27). Other quite separate questions might include: ‘Is it wise to get a tattoo?’ and ‘What does it mean to do so wisely?’

Yes those final questions are the main issue here! Finally, let me draw upon the remarks of Gordon Wenham who takes a slightly stronger position on this:

No bodily disfigurement: cf. 21:5; Deut. 14:1; cf. Job 1:20; Isa. 22:12, etc. This is usually taken to be simply a prohibition of pagan mourning rites, but there is more to it than this. Mourning was not discouraged, only those customs which involved physical disfigurement. This law conforms to other holiness rules which seek to uphold the natural order of creation and preserve it from corruption (cf. Lev 19:19; 18:22–23; 21:17ff.). God created man in his image and pronounced all creation very good (Gen. 1). Man is not to disfigure the divine likeness implanted in him by scarring his body. The external appearance of the people should reflect their internal status as the chosen and holy people of God (Dt. 14:1–2). Paul uses a similar line of argument in 1 Cor. 6. The body of the believer belongs to Christ, therefore “glorify God in your body” (1 Cor. 6:20).

In sum, one can only go so far in using a verse like Leviticus 19:28 in this particular debate, either to defend tattoos or to condemn them. This one direct OT passage may not be the final word on how NT believers today proceed. The actual cultural and historical context is of course rather different from that of today. Nonetheless, passages such as 1 Cor. 6:19-20 certainly do need to be seriously borne in mind, at least on the level of Christian principle.

Many more things could be said on this I suppose. For example, some might say that they get tattoos for somewhat more noble purposes, such as commemorating a departed loved one. But it can be said that there would be other useful ways to remember a lost family member or friend.

As I have mentioned above, I do not think this is the most important topic there is for Christians. Yes it matters, but Christians can differ on this. I have already given my personal opinion, as well as tried to offer a bit of biblical data on all this.

I realise that some folks are just chomping at the bits to come here and start WWIII over the matter! Well, let the fireworks begin, but let me provide a warning: Those who are too hot-headed or too emotional or too judgmental will not be given a run here. But if you can offer reasonable and charitable remarks, please do so.