My title may be just a little bit misleading. What I really want to do in this piece is list the ten authors that have been so very influential in my own life. And I want to just look at ten Christian writers who have so heavily made an impact on me. So I hope I am not disappointing too many folks here. But hey, the title as it stands is a bit more catchy, don’t you think?!

This piece is then quite autobiographical and limited. If I were actually writing generically, I would have to mention a number of writers and thinkers who were certainly influential – but often influential for all the wrong reasons. Thus I would have referred to the key works by such folks as Darwin, Freud, and Marx (books which most folks have heard about but have not actually read). 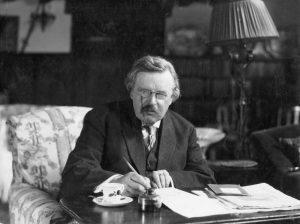 And if this list were more of a “10 Books That Shook the World” sort of thing, then we would have to include certain other key titles, including the Bible. So this is a much more narrow sort of list: it is about me only, and about ten Christian writers that have meant so much to me in my Christian journey.

I write this partly because I am often asked to list my favourite books. But that would be just too hard to narrow down to a few choice items. Listing some favourite authors would make things a bit easier to deal with. Of necessity, such a list will be all rather subjective, but still, some folks like to know about my preferences.

So here it is. I realise that it is not an ideal list, since there are so many Christian writers, thinkers, theologians, apologists, ethicists, pastors, leaders and commentators that I greatly like, that I have many books of, and that I keep returning to. So I have to omit a number of authors who could well be on this list.

And with a library of nearly 7000 books, trying to narrow things down to ten authors is really no easy task. It would be best to instead list my top ten commentators, or biblical scholars, or apologists, or New Testament scholars, or Christian philosophers, etc. That would make things a lot easier. Over a decade ago I did pen a piece on some of my favourite theologians.
billmuehlenberg.com/2008/06/09/on-my-favourite-theologians/

And last year I looked at some spiritual mentors that have had such an impact on my life: billmuehlenberg.com/2018/02/11/who-is-your-spiritual-mentor/

So I have already written similar sorts of pieces. And I must say that I am a bit embarrassed by this list. Not because of those writers I included, but because of all those that had to be left off! So many more could be featured, including:
-Giants from the past such as Augustine and Athanasius
-The important and influential Aquinas
-Various Reformers of course
-Heavyweights like Jonathan Edwards

I could also run with so many of the great Puritans, such as Owen or Bunyan or Sibbes or Watson or Baxter, etc. All up, most of the authors I am listing fall in the evangelical camp, or in the Puritan and Reformed camps. But there are also non-Reformed folks, Catholics, and others included.

Here then are ten authors I keep going back to, keep quoting from, and keep looking for more of their works. I will offer a brief blurb on each, a few of their titles, and a link to another article I have written on them. In no particular order, here they are:

C. S. Lewis (1898-1963). As I have mentioned elsewhere, two of the authors that I was introduced to as a young Christian who most impacted me – and still do – are Lewis and Schaeffer. The famous Christian thinker and apologist authored so many classic works, including Mere Christianity (1943) and The Problem of Pain (1940), in addition to other notable works like his Narnia stories.

Just a few days ago I picked up another collection of his essays. There are many of these available, and my new purchase may only have a handful of articles that I have not seen before – but it was well worth getting. Anything by Lewis is a must read. See more on him here: billmuehlenberg.com/2012/01/19/notable-christians-c-s-lewis/

Francis Schaeffer (1912-1984). Since I just mentioned Schaeffer, let me run with him next. He was another very important Christian apologist and thinker, as well as pastor from last century, who greatly influenced an entire generation of Christians. His work is still essential reading today.

His original trilogy laid the groundwork for the rest of his corpus: Escape from Reason (1968), The God Who is There (1968), and He is There and He is Not Silent (1972). He combined a passion for truth with a great love for people – a hard combination to come by. See more on him here: billmuehlenberg.com/2009/10/14/notable-christians-francis-schaeffer/

Martyn Lloyd-Jones (1899-1981). The great Welsh preacher has had a profound impact on millions of believers. His four decades of ministry at Westminster Chapel in London resulted in some of the greatest sets of expository sermons we have. These include his 14 volumes on Romans (from sermons delivered 1955-1968) and his eight volumes on Ephesians (from sermons delivered 1954-1962).

He wrote on many other topics as well, and helped to promote the genius and spirituality of the Puritans to a wider audience. Whenever you see something by “The Doctor,” snatch it up immediately. You will be so glad you did. I speak more about him here: billmuehlenberg.com/2013/11/25/notable-christians-d-martyn-lloyd-jones/

G. K. Chesterton (1874-1936). OK, he may well be my all-time fav author. Who does not love the wit and wisdom of Chesterton? The hugely prolific author wrote on so many different topics. But his books on Christianity and related topics are especially so very important and memorable.

Indeed, if I did have to choose just one book to be my most favourite ever, I am pretty sure I would have to run with his 1908 classic, Orthodoxy. It is a superb volume, and one well worth getting if you have not yet introduced yourself to this literary master. See more on him here: billmuehlenberg.com/2011/01/24/notable-christians-g-k-chesterton/

A. W. Tozer (1897-1963). One can never leave the great Tozer off a list like this. While he did not write a whole lot of books (a lot of the newer titles bearing his name are collections of his sermons or religious magazine writings), anything you find by Tozer is a must-purchase.

Some of his classic works include The Pursuit of God (1948), and The Knowledge of the Holy (1961). For those who savour devotional works, who seek a closer walk with God, who desire holiness above all else, and who long to see God fully glorified in their lives, an obvious place to start is with the amazing output of Tozer. An encounter with his work will be life-changing. For further information: billmuehlenberg.com/2009/10/02/notable-christians-a-w-tozer/

J. I. Packer (1926- ). James Packer is simply top notch as a writer, educator, theologian and a clear example of the Christian life. Millions of evangelicals became familiar with his ministry via his best-selling 1973 volume, Knowing God. He also was a great lover of the Puritans and greatly helped in promoting their works and making them more widely known and accessible.

Other of his notable works include: ‘Fundamentalism’ and the Word of God (1958); Evangelism and the Sovereignty of God (1961); and his important volume on the Puritans, A Quest for Godliness (1991). See this piece for more on him and his 1973 classic: billmuehlenberg.com/2018/11/02/james-packer-and-knowing-god/

Charles Spurgeon (1834-1892). We sometimes think of this English preacher as more of a great pastor and orator than a writer, but he did pen some 200 books. Much of his literary output is based on his sermons, as well as expository commentary on Scripture. His three-volume Treasury of David on the Psalms is still a classic work.

He is also one of the most quotable Christians you will ever come across. Almost everything he said and wrote contains memorable nuggets of truth and spiritual insight. He was not called the “Prince of Preachers” for nothing, and his sermons are among the greatest examples of evangelical and biblical Christianity that we have. See this for more: billmuehlenberg.com/2010/12/30/notable-christians-c-h-spurgeon/

D. A. Carson (1946- ). My only other living author to make it on to my top ten list is an American theologian, pastor and New Testament scholar, although originally from Canada. He has spent four decades now at Trinity Evangelical Divinity School near Chicago where he serves as a research professor.

He has penned many dozens of important works on theology, biblical studies, and various New Testament themes, among them The Gagging of God (1996). His 1990 book How Long O Lord? Reflections on Suffering and Evil is on my top ten list on that subject.

And he has also written a number of outstanding commentaries, such as his 1984 work on Matthew and his 1991 commentary on John. And he has more coming: on Galatians, Hebrews, the Johannine epistles, and Revelation. You can see some of his work quoted here: billmuehlenberg.com/2019/01/28/difficult-bible-passages-1-corinthians-919-23/

J. C. Ryle (1816-1900). The great English writer, pastor and Bible expositor still speaks to millions, long after his death. He too is another goldmine of quotable quotes. Indeed, the one book you all must get and carefully digest is his tremendously important 1877 volume, Holiness: Its Nature, Hindrances, Difficulties, and Roots.

There are certain spiritual and theological classics that all Christians must read, and this is certainly one of them. Each page is filled not just with rich theological truth, but with deep devotional gold as well. See more about this hugely influential Christian leader here: billmuehlenberg.com/2012/08/08/notable-christians-j-c-ryle/

John Stott (1921-2011). Stott is another very important English evangelical who can always be counted on to offer us deep and rich understandings of basic theology and biblical Christianity. He too has had a worldwide impact with his life and ministry.

Of his many important books, please avail yourselves of Basic Christianity (1958), The Cross of Christ (1986), and The Incomparable Christ (2001). He also did a number of first-class commentaries in the Bible Speaks Today series. See more about this great Christian leader here: billmuehlenberg.com/2011/07/28/notable-christians-john-stott/

These ten authors – only two of whom are still alive – have made a huge impact on my Christian life for nearly a half century now, and will continue to do so. I keep going back to these greats, and I am always more than happy to advise other believers to acquaint themselves with these men and their work. You will not go wrong in feasting on the incredible offerings of these great Christians.

Indeed, you do yourself a great disservice as a believer if you ignore these authors. Happy reading!

19 Replies to “The 10 Most Influential Authors”