We Christians want to be known as people of compassion and care, so we need to learn to listen to all those folks that say we have hurt them. As but one example, there is no question that countless adulterers have been hurt by Christianity over the years. Some may have even contemplated taking their own lives as a result.

These people are made to feel like second-class citizens and have to daily face intolerant and hateful rants such as found in the Seventh Commandment: “You shall not commit adultery.” How many people have been wounded by this, offended by this, and aggrieved by this? 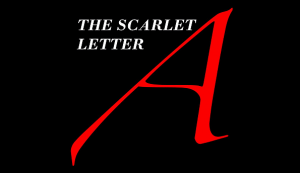 In the interests of showing concern and reconciliation to those in the adultery community, we need to invite them in to our Christian churches and websites and allow them to tell their stories. Let the emotions flow as they recount all the angst and hurt they have felt because of judgmental Christians who actually told them things like ‘no adulterer will enter the kingdom of heaven’ (as clearly taught in 1 Corinthians 6:9-11).

Let’s invite them in to tell their tales, and maybe we all can learn to be much more accepting and inclusive with our adulterous friends. They need to be heard. For far too long bigoted and intolerant Christians have acted as if adultery was some sort of sin, and unless repented of, would mean such people are not right with God.

I for one hope to soon meet up with these folks, give them a great big hug, and allow them onto my site to explain why they are just fine as they are, and why we need to repent of our intolerance towards them. They can have a free pass on my site, and say whatever they like. After all, I think this is really what Jesus would do. Don’t you?

OK, so I don’t really believe a word of what was said above. I simply offer it as a rhetorical device and a teaching aid. In fact, if you just change one word around there, you have basically the same sort of argument being made at a popular Christian website.

Simply substitute the word ‘homosexuality’ for ‘adultery’ and you have a very real, and very unfortunate, article that has just appeared. The piece – a good portion of which allowed a homosexual activist to present his spiel – was about how Christians need to basically shut up and listen to homosexuals.

Homosexual suicide was a big part of the article, and the same old chestnuts were brought up about how Christians and ‘homophobia’ are somehow contributing to this. So we read statements like this from the homosexual: “I am asking that Christians consider the impact negative messages about LGBTQ people will have on people’s lives and mental health, before they speak or act.”

Um, simply quoting the Bible would have a “negative impact” on homosexuals, just as it would have on adulterers, fornicators, liars, thieves and any other sinners. Guess what? No, I will not muzzle myself and censor myself, and fall for some guilt trip here. I will never shrink back from declaring biblical truth, because it just might hurt or offend somebody.

Of course it will hurt, offend and bother people. That is the very nature of the gospel. Paul spoke about the ‘offence of the gospel’. Biblical truth will ALWAYS upset and infuriate and irritate sinners. It is designed to do that. There can be no good news of the gospel until the bad news is first declared.

And the bad news is this: we are all sinners who have no desire to please God, and we stand under his wrath, headed for a lost eternity. Unless we turn to God through Christ by means of faith and repentance, we have no hope, and remain under the judgment of God. Hey, that IS offensive.

So no, I will not stop sharing biblical truth. It is actually hateful not to share it. The most loving thing you can do is tell a homosexual – or anyone else – that they need to repent and turn to Christ. That is always offensive and hurtful to sinners. But that is EXACTLY what they must hear.

And the myth that “homophobia” and Christianity somehow cause homosexual suicide has often been repudiated. I cover this in my book and elsewhere. Besides the available data, one simply has to look at the most homosexual friendly communities around, such as Sydney or Amsterdam or San Francisco. Homosexual suicide rates are the same there as elsewhere. See more on this here: billmuehlenberg.com/2010/10/21/just-what-is-behind-these-suicides/

As mentioned, adulterers and fornicators – to name but a few sinners – are also equally offended, hurt and angered by Christianity and what it says about their lifestyles. They too would love to be “listened to” and be given a free pass to make their case on a Christian website. Good grief – this is exactly why Christians keep losing in the culture wars, and why biblical Christianity keeps being undermined and trashed.

To be honest this sort of stuff really bothers me. I have seen it happen far too often over the past 30 years. We have seen one Christian group after another completely lose it when it comes to this issue, and anyone with eyes to see can assess just how far down the slippery slope some of these folks are heading.

Sure, we must seek to speak biblical truth in a gracious and loving manner. And we always are to be concerned when folks are depressed or suicidal. But helping them does not come by lying to them, or denying biblical truth. We help these people the most when we give them the truth.

Christ came to set the captives free. That is the message Christians should be proclaiming. Instead of simply trying to make sinners feel good and accepted, we should love them enough to proclaim truth and see them liberated from their deadly and dead-end lifestyles.

In my view that is how we really are being Christlike and compassionate. It is not done by allowing activists to push the same old tired half-truths and misinformation that they always have, with no voice to counter it. With 98 per cent of all media outlets already doing this, why in the world would any Christian media voice do the same?

The article in question can be found here: www.eternitynews.com.au/australia/hearing-from-the-lgbtq-community/

20 Replies to “Hearing From the Adultery Community”