Many folks share rubbish on the web, claiming they ‘researched it’ – um, not always!

It has always been very difficult for most folks to make proper arguments, to think logically and carefully, to do some honest research, and to fairly present things in a debate. Few people have the time or ability or willingness to do these things, and do them correctly.

The problem is, in an internet age all this has simply gotten a million times worse. There is so much garbage on the web, so much fake news, so many bogus sites, and so many loony conspiracy theorists out there, that most folks will just get sucked into whatever silly, sophomoric and patently false and misleading info that is out there. 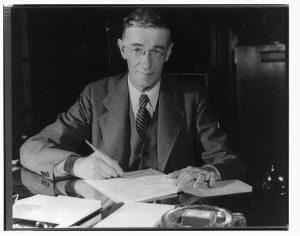 Millions of folks operate this way. I have seen it happening countless times, and it is so painful to behold. And even those who should know better can be guilty of doing this. Sadly far too many conservatives and Christians do this, and it sure does not help our cause.

They simply regurgitate the first thing they find in a superficial web search, accepting everything at face value, and not asking any hard questions. It seems that when they hit the web, they have left their brains elsewhere, and they simply stop thinking and using their critical faculties.

And the worst part about all this is this: I have lost count of the number of times someone posts or shares some idiotic, juvenile and absurd post, and then they will say this: “I researched this”! Yeah right. Most of these folks would not know what research is if it came and bit them on the backside!

Allow me to let you in on a basic truth that you can take to the bank: Simply clicking on a few websites or watching a few YouTube videos is NOT doing research – not even close. Anyone can run with the first thing they find from a google search, and just pass it on as gospel.

Actual research means taking the time to do some real study, verifying things, double checking things, and making sure you are not just passing on baloney. But these guys will do this sloppy and useless posting all the time when it comes to someone or something they don’t like.

For example, if they hate on Calvinism big time, they will throw out some remarks or some “quotes” to prove how terrible Calvinism is, or how diabolical Calvin was. I would say that nine times out of ten – easily – they have never actually read a word of Calvin. They just run with something they find online, usually from those who have an axe to grind.

They will go on and on about how bad Calvin is, yet they do not possess one single work by him, and have not bothered to carefully read anything he wrote – and to read it in context. They do not have one of his commentaries, or one of his treatises, or one of the versions of his Institutes.

Yet they foolishly and immaturely pass themselves off as some sort of Calvin experts. These people drive me crazy to be honest. And I am not picking just on Calvinophobes. The same can be said of anyone that such folks can attack without actually first doing some research. So it might be a Wesley or a Finney or some other figure that is wrongly and/or poorly represented.

Earth calling fake-newsers: It is the easiest thing in the world to run with a few quotes found on the net – usually pulled out of context. Anyone can do that. It is not making an argument – it is being intellectually lazy. The truth is, I can easily pull a few quotes from anyone and make them look like the devil.

And anyone can do that with my writings – in fact, it happens all the time. It is the oldest trick in the book. Grab a few words, completely rip them out of their context, and make your opponent look like an idiot or a demon. Folks on the secular left do this all the time.

But we should not be doing this. Christians and conservatives should NOT operate this way! Yet too often I find folks who are on side doing stuff like this. Talk about scoring an own goal. Talk about making ourselves look bad. Talk about damaging our credibility. We have enough bad press already without bringing on these self-inflicted wounds! We all must do much better here! I expect the other side to carry on like this, but our side should NOT be.

What is real research?

Let me mention a few more things before wrapping this up. When I speak about doing proper research, what do I mean? I simply mean doing your homework. Don’t rely on others – especially strangers. Do a bit of work and seek to determine how reliable and accurate a source is first before you run with their stuff.

Obviously none of us can be experts on everything, so we all need to draw upon the knowledge and insights of others. But we need to be careful as to who we run with. If you have no idea who is reliable and who is not, perhaps at best, find someone you know and trust who CAN recommend to you reliable and trustworthy authors, books or websites, etc.

And of course there is a place for utilising secondary sources and the like – if done properly. Let me give you an example of this. If I wanted to write, say, a 4000-word essay on John Wesley and his theology, the first thing I would do is familiarise myself with his works.

I would pull out some of the volumes in my library written by Wesley and make use of them first and foremost. But I would also make use of reliable and noted Wesley scholars. And that can include both those who are pro-Wesley and those who may not be so pro-Wesley.

If they are objective and careful scholars, and have done their homework and fairly represented his views, then yes, one can even use these scholars who are somewhat critical of his theology. But I would not normally start there. I first would read and study Wesley himself.

Sure, in some cases I do not mind relying mainly on secondary sources. If for example I am dealing with a clear, out and out heretic whose writings are few or hard to access, sometimes I am happy to rely on experts who do know his work quite well, and have done thorough work on his views.

But what I have been talking about and criticising here is altogether different. This involves folks who simply do a quick net search, run with the first thing they find, and pass it on as if it is completely true and accurate. And often when these folks attack someone and his views, it is perfectly clear that they have never read a word of the person. That really bugs me.

As I said, that is NOT research. That is just taking cheap shots, being an intellectual sloth, and being dishonest and careless and misleading. That is not what we should be doing. If you share stuff in a public forum, make sure it is true stuff, accurate stuff, and reliable stuff.

If you are not sure, then it may be best not to post it or share it.

9 Replies to “No, That Is NOT Research”