Some of the most shocking words in all of Scripture are found in the book of Ezekiel.

There are many parts of the Bible – especially in the Old Testament – that lots of people today would be squeamish about. In an age of snowflakes and of those ever ready to take offence, there is plenty of material found in the Old Testament that would upset or bother many folks – including many Christians.

Maybe that is why so few believers bother to read the Bible, or at least to read the Old Testament carefully and consistently. It seems to be full of difficult and even objectionable material. The major prophetic book of Ezekiel is certainly a case in point, and this chapter in particular is a good example of this. 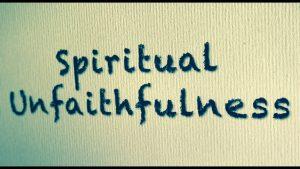 What I want to do in this article is offer some general thoughts on these sorts of chapters which can be so problematic for so many, and then to look at a few particular verses and offer some contemporary application. So let me first look at chapter 23 and others like it.

Many have noted the very strong and forceful imagery used in this chapter. It is quite similar to ch. 16 in this respect, and to a lesser extent, ch. 20. All speak of God’s anger with a disobedient and rebellious people. And chapters 16 and 23 use especially graphic and harsh imagery to make the point.

They are filled with vivid pictures of adultery, rape, prostitution and other sexualised imagery. Of course all this is used metaphorically to very graphically depict the idolatry and sin of Israel. It does so to reveal two fundamental truths: the absolute holiness and separateness of Yahweh, and the absolute evil of sin and disobedience.

It is because most folks today – and most Christians as well – have so little awareness of these two great biblical themes that we find passages like this to be so shocking and so repulsive. Well, they are shocking and repulsive – and deliberately so – but because of the important truths they seek to reveal.

The sad facts are these: God had miraculously called Israel out of bondage to be his people, yet instead of staying true to him, they rebelled, they went after false gods, they disobeyed, and they embraced evil idolatry. They rejected the one true God for many false gods. This really was spiritual adultery, unfaithfulness, harlotry and debauchery.

Of course the idea of physical adultery and unfaithfulness being used as an image of spiritual adultery and unfaithfulness is a common biblical theme, found not just in Hosea and Jeremiah but in many other places. For much more detail on this, see the important 200-page treatment of this topic: Whoredom: God’s Unfaithful Wife in Biblical Theology by Raymond Ortlund (Apollos, 1996, later released as God’s Unfaithful Wife: A Biblical Theology of Spiritual Adultery, IVP, 2003).

As mentioned, the graphic imagery found in Ezekiel 16 and 23 is among the strongest in the entire Old Testament. Let me draw on a few commentators to discuss the forcefulness of the imagery being used here. John Taylor points out how Hosea had powerfully used the marriage metaphor, and how Ezekiel takes it even further.

Speaking of ch. 16 he comments: “It has great pathos in its conception, but only a tragic crudity in its telling. The Christian reader may, not surprisingly, feel nauseated at the indelicate realism of Ezekiel’s language, but Ezekiel meant it that way. He was telling of ugly sins and he made the parable fit the facts.”

Steven Tuell, also focusing on ch. 16, says this: “In the language of poetry and metaphor, Ezekiel brings his readers to a visceral experience of the perverse faithlessness of Jerusalem, and the thwarted passion of God.” So graphic and explicit are these two chapters that they were often off limits for some Jews.

As Douglas Stuart says, “In Jewish Rabbinic tradition, Ezekiel was a book reserved for study by mature students rather than beginners partly because of the delicate nature of Chapters 16 and 23.” And he says this as he discusses ch. 23: “This chapter contains the most graphic language in the Bible in reference to sexual imagery.”

Or as Lamar Eugene Cooper says, “This message was so forceful and explicit that it was excluded from use as a public reading in later synagogue practice. The denunciation of the apostasy of Israel was considered an unhealthy topic for devotional reading in general worship.”

Speaking of ch. 23, Iain Duguid says: “The shockingly explicit language and not particularly disguised identities of the cities combine to give the resulting picture an ‘in-your-face’ effect, whose emotional impact is far greater than a similar indictment in dry legal terminology would have been.”

As Christopher Wright reminds us, speaking of ch. 16, “Ezekiel’s capacity to shock knows no limits.” Or as Leslie Allen says, the “language is deliberately repulsive and coarse.” Daniel Block agrees, speaking of Ezekiel’s “semipornographic style.”

He says, “No one presses the margins of literary propriety as severely as Ezekiel. He had earlier softened potentially offensive ideas with euphemisms (e.g., 7:17). In this chapter, however, through the priestly prophet Yahweh throws caution to the wind.” He even has a four-page excursus on this chapter entitled, “The Offense of Ezekiel’s Gospel.”

I think by now you get the point: super strong language and imagery are being used to highlight the utter heinousness of the situation. God takes very seriously indeed the unfaithfulness and disobedience of his people. They need shocking words and pictures from the prophet to wake them up from their spiritual dullness and lethargy.

Let me finish by noting a few passages that stood out for me in ch. 23 as I read it earlier today as part of my daily reading. Consider verses 36-39 and verses 45:

The Lord said to me: “Son of man, will you judge Oholah and Oholibah? Then confront them with their detestable practices, for they have committed adultery and blood is on their hands. They committed adultery with their idols; they even sacrificed their children, whom they bore to me, as food for them. They have also done this to me: At that same time they defiled my sanctuary and desecrated my Sabbaths. On the very day they sacrificed their children to their idols, they entered my sanctuary and desecrated it. That is what they did in my house.

But righteous judges will sentence them to the punishment of women who commit adultery and shed blood, because they are adulterous and blood is on their hands.

While we know that the primary interpretation of ch. 23 has to do with national sins like making political alliances with pagan nations instead of relying on Yahweh, and worshipping false gods, it seems there are some secondary applications that we can draw from passages like these.

What stood out for me in the verses quoted above is the mention of adultery, the shedding of blood, and the sacrifice of children. By way of application, what a descriptive picture of modern-day abortion. All this can easily be said about those who worship the idols of convenience, career and “choice”.

They do indeed have blood on their hands – quite literally. They most certainly have sacrificed their own children for their chosen gods – again, literally. This sort of behaviour must also warrant the wrath and judgment of God. The shedding of innocent blood is something that God always detests.

When I read these passages, I had to pray that God would have mercy on us, even though we deserve his just judgment. No Christian can read verses like this without also being moved – and moved to action. We must redouble our efforts to stand up for those who cannot defend themselves.

Failure to take a stand can only result in the same judgments unleashed on us as they were unleashed on ancient Israel.