Sorry Greta, but it is high time we ignore the histrionics:

It would be nice if Greta Thunberg just went away quietly. But it is clear that the mass media, her parents, and leftist activists everywhere simply will not allow this to happen. She is being used and exploited for all she is worth, and they will run with her until she drops, and then they will find another child human shield to continue their propaganda wars.

So as long as she continues to make headlines around the world, I will continue seeking to offer some inconvenient truths about her and her message. Thus this is my third piece on young Greta, and likely not my last. She is the gift that keeps on giving it seems. 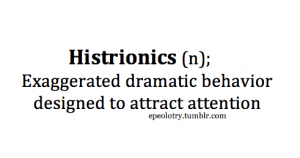 Let me begin by saying what I have previously said: Greta needs help and care. She is being treated appallingly by adult ideologues, and we are rightly concerned about her health and well-being. At the very least, keep her in your prayers. And ignore all the lefties who claim we are being mean and harsh to Greta.

That honour goes to her parents and all the militants who are so happy to use her for their own political purposes. They are the green meanies who do not seem to give a rip about exploiting children for their own activist ends. Shame on them.

As with my other two articles, I will avail myself of other important thinkers and commentators as we seek to make sense of the Greta hysteria. Thankfully many observers can see the child abuse that is going on here. Melanie Phillips said this about her exploitation by adult activists:

What came out of Greta Thunberg’s mouth was utter rubbish. Her zero-carbon agenda would take us back to a pre-industrial age, if not earlier. It would certainly destroy modern life. This is what she was begging us, through her tears and her rage, to bring about. It was grotesque to watch such a child, who reportedly suffers from Asperger’s Syndrome, being manipulated into spouting such demonstrably ludicrous propositions dressed up as demands. “How dare you!” she cried; what that called to mind was nothing other than a childish tantrum.

What is now becoming clear, however, is that “climate change” is ancillary to the real issue – and that is nothing less than the destruction of capitalism and western society and culture. It’s an agenda which also requires the destruction of the western nation, which is why mass unchecked immigration is another enormous issue; and of course the destruction also of President Donald Trump, who embodies the fight by the west to retain its cultural distinctiveness characterised by capitalism, the nation state and modernity. And now children are being used to bring about this revolutionary agenda. What we are witnessing is the weaponisation of children. www.melaniephillips.com/weaponisation-western-children/

And Monica Showalter explains just who is behind all this: corporate green interests. She argues that all that this activism does is “make the green elites even richer.” Forget the baloney that Greta is doing this all on her own. Showalter explains:

No wonder they’re the shadowy forces bankrolling her peregrinations.  According to a report that ran in the Times (subscription only), titled “Greta Thunberg and the plot to forge a climate warrior,” green corporate energy companies looking to turn a profit from green contracts were behind the young Greta’s much ballyhooed rise from the beginning.  Far from being some persuasive and charismatic kid out to save the Earth, as the press is reporting, the Times found that:

“[T]he Greta phenomenon has also involved green lobbyists, PR hustlers, eco-academics and a think tank founded by a wealthy former minister in Sweden’s Social Democratic government with links to the country’s energy companies. These companies are preparing for the biggest bonanza of government contracts in history: the greening of the western economies. Greta, whether she and her parents know it or not, is the face of their political strategy.”

Someone’s looking for a payday, and sure enough, that someone found exactly the useful fool he wanted for a get-rich-quick scheme to line his own pockets. Young Greta, as the narrative in the press goes, was “discovered” by social media entrepreneur Ingmar Rentzhog of a social media site called “We Don’t Have Time.” He got her name from another activist who had been auditioning for “fresh green faces.”

Rentzhog, it turns, was trained by Al Gore’s green energy groups and wanted to make money the way Gore did on green energy contracts. And just coincidentally, Greta’s mom wanted to sell a book about how green activism “saved her family.” Rentzog put it all together, and bango: Greta just spontaneously appeared out of nowhere to sell the world on global warming. www.americanthinker.com/blog/2019/08/swedish_child_climate_activist_reportedly_a_tool_of_big_green_corporate_energy_interests.html

See more eye-opening facts about all this here: www.dailymail.co.uk/news/article-6946815/Whos-REALLY-16-year-old-Greta-Thunberg.html

And here in Australia, writing in the Herald Sun, Kevin Donnelly reminds us of a few facts about the actual science:

The American-based conservative CO2 Coalition has a membership of just over 46 environmental scientists and academics who argue that the present carbon dioxide levels are so low that we are, historically, in a carbon dioxide drought. They point out that carbon dioxide levels have been much higher many times in the past 500 million years and that plant and animal life flourished in those high levels. Consequently, we have nothing to fear from increasing higher carbon dioxide levels that will benefit world food production.

Since the end of the last ice age 10,000 years ago there have been successive periods of warming and cooling. The warmest was 6000-8000 years ago (when the Greenland ice cap was even smaller than today, and West Antarctic glaciers receded) and the coldest was the Little Ice Age in the 17th century.

Sea levels rose after the last ice age and stabilised about 2000 years ago. During the modern warming sea level has been rising about 8 inches every 100 years, but that rise is not accelerating. Contrary to popular statements in the media even the IPCC acknowledges that there has not been an increase in the frequency or severity of cyclones, droughts and hurricanes.

Much like Prime Minister Scott Morrison who once held up a lump of coal in parliament saying to the opposition “don’t be afraid, don’t be scared” the CO2 Coalition also argues coal is not the problem as carbon dioxide produced by coal is essential for plant life and the world’s health.

A scientist uniquely qualified to comment about climate change is the Australian Dr Howard Brady who spent many years in the Antarctic analyzing the rock cores in Victoria Land and the Ross Sea. In his book Mirrors and Mazes: A guide through the climate change debate Brady argues fears about man-made global warming are based on highly emotional, misleading and spurious evidence.

Brady warns the “climate debate itself has been dominated by charismatic prophets who warn of catastrophic climate change” and that not only is the computer modelling flawed but its predictions about the destructive effect of increased carbon emissions have never eventuated.

So if all this is really not about the climate, what then is it all about? As many commentators have said for years now, when the socialist left could no longer get any traction out of their cause, they latched onto the environmentalist movement to reenergise their agenda items and realise their goals. For example, Dr Patrick Moore, a founder of Greenpeace, said this:

The collapse of world communism and the fall of the Berlin Wall during the 1980s added to the trend toward extremism. The Cold War was over and the peace movement was largely disbanded. The peace movement had been mainly Western-based and anti-American in its leanings. Many of its members moved into the environmental movement, bringing with them their neo-Marxist, far-left agendas. To a considerable extent the environmental movement was hijacked by political and social activists who learned to use green language to cloak agendas that had more to do with anti-capitalism and anti-globalization than with science or ecology. web.archive.org/web/20110209062045/http:/www.vancouversun.com/technology/Confessions+Greenpeace+founder/4073767/story.html

See my review of his important 2010 book here: billmuehlenberg.com/2011/02/19/a-review-of-confessions-of-a-greenpeace-dropout-by-patrick-moore/

But since it seems that most people no longer trust adults, and think that only children can teach us truths about science, politics and other big ticket items, let me close with the words of another teenager. Emma Roberts is a 17-year-old from Texas who has just written an interesting article entitled, “Socialism, Not Climate Change, Is the Real Threat.” If Greta can get such a good run, then let me quote parts of Emma’s piece:

Washington has many, many things that it needs to fix, and many responsibilities and duties to uphold. Global warming, however, is not one of them. Studies show that if the U.S. fully implemented the Green New Deal, the temperature of Earth would decrease by no more than 0.097 degrees Fahrenheit over a span of 30 years.

But the price of electricity would increase by almost 10 times its current amount. The price of gasoline would increase astronomically, so that drivers would have no choice but to drive Priuses and Teslas. Further, it is estimated that in the state of Texas alone, such regulations would cause the loss of over a million jobs. And that’s just in Texas; across the United States, the numbers would be devastating and the effects on our economy and society possibly irreversible.

That’s not freedom. And frankly, the possibility of such government overreach scares me a lot more than global warming, which seems to be just another ridiculous scientific prediction. Yes, we need to be good stewards of the Earth. We need to take care of our natural resources, because they are the only ones we have. But the government cannot do it for us, and if it tries, it will only wreak havoc. www.realclearpolitics.com/articles/2019/09/24/socialism_not_climate_change_is_the_real_threat_141323.html

In sum, it may be time for us to forgeta Greta. Rationality, evidence and real science are needed here, not hysteria, fear-mongering and the exploitation of children.

14 Replies to “Just Say No To the Child Histrionics”