These baby-killers would make Orwell proud:

There is one lesson the radical secular left has learned, and learned very well: if you want to destroy a culture, you first must destroy the language. Put another way, social engineering is always preceded by verbal engineering. If you can change the meaning of the most basic of words, you can much more readily change an entire culture. 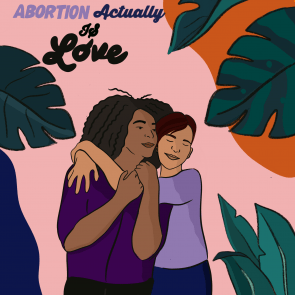 This has long been recognised. For example, the great English novelist and political commentator George Orwell wrote an essay about all this way back in 1946 entitled “Politics and the English Language”. In it he made some salient points about how this works. Let me offer just one quote:

In our time, political speech and writing are largely the defense of the indefensible. Things like the continuance of British rule in India, the Russian purges and deportations, the dropping of the atom bombs on Japan, can indeed be defended, but only by arguments which are too brutal for most people to face, and which do not square with the professed aims of the political parties. Thus political language has to consist largely of euphemism, question-begging and sheer cloudy vagueness. Defenseless villages are bombarded from the air, the inhabitants driven out into the countryside, the cattle machine-gunned, the huts set on fire with incendiary bullets: this is called pacification.

Millions of peasants are robbed of their farms and sent trudging along the roads with no more than they can carry: this is called transfer of population or rectification of frontiers. People are imprisoned for years without trial, or shot in the back of the neck or sent to die of scurvy in Arctic lumber camps: this is called elimination of unreliable elements. Such phraseology is needed if one wants to name things without calling up mental pictures of them. Consider for instance some comfortable English professor defending Russian totalitarianism.

He cannot say outright, ‘I believe in killing off your opponents when you can get good results by doing so.’ Probably, therefore, he will say something like this: ‘While freely conceding that the Soviet regime exhibits certain features which the humanitarian may be inclined to deplore, we must, I think, agree that a certain curtailment of the right to political opposition is an unavoidable concomitant of transitional periods, and that the rigors which the Russian people have been called upon to undergo have been amply justified in the sphere of concrete achievement’.

One need not necessarily agree with all of his examples of indefensible things to appreciate his main point. Those who do great evil often try to cover their tracks by the decimation of language. There are many contemporary examples of this. Here I want to look at one obvious group which is fully involved in horrendous and evil activity that also seeks to hide and camouflage what it is doing with euphemisms and doubletalk.

I refer to the modern merchants of death: the abortion industry. These folks actually make a living out of killing babies. That is their sole purpose. That is their reason for existing. That is what they do. Each year around 45-50 million unborn babies are slaughtered by these mass murderers. This is one of the most clear-cut examples of evil that one can imagine.

Because what they do is so patently devilish and horrific, they are forever seeking to cover up what their actions really are all about by playing language games. They destroy language so that they can more readily destroy human life. The most recent and despicable example of this comes from the US-based pro-abort group, the National Women’s Law Center.

A week ago on their website they posted a piece about a new campaign they have set up to promote baby-killing. They say this about it:

With this campaign are four new advertising posters, featuring this utter distortion of language and reality:

Yeah right. Using language to make Orwell proud, killing babies is now loving and compassionate. In his dystopian novel 1984 Orwell spoke about “Doublethink”: “Doublethink means the power of holding two contradictory beliefs in one’s mind simultaneously, and accepting both of them.”

In the totalitarian society featured in the book, Big Brother has excelled at the use of euphemism and the destruction of language. For example, on the outside wall of the Ministry of Truth building there are three slogans of ‘The Party’: “WAR IS PEACE,” “FREEDOM IS SLAVERY,” “IGNORANCE IS STRENGTH.”

Um, let me bring things back to earth. Killing babies – often in the most painful and excruciating fashion – is not loving nor compassionate. It is among the most hateful things anyone can do. The baby certainly experiences no love or compassion while being pulled from limb to limb.

And abortion certainly brings no healing to the baby – it brings only one thing: death. And there is nothing selfless about this – it is the height of selfishness. Killing your own child so that you can progress in your career or live “unencumbered” with the responsibility of a child is the epitome of self-centeredness.

Yet these Orwellian baby killers have managed to outdo Big Brother is completely twisting truth into lies, evil into good. They have studied 1984 very well indeed. They have not only perfected what is described there, but they have even managed to go beyond it. They have out-Big Brothered Big Brother.

As I say, Orwell would be so very proud of these folks. But of course all those who defend and promote abortion will be hating on those of us who dare to tell the truth here. They will be further enraged that their dirty little secrets are being exposed. And Orwell spoke to this reality as well: “The further a society drifts from the truth, the more it will hate those that speak it.”