People were constantly amazed by what Jesus and the disciples said and did. Is the world amazed by us as well?

OK, I am not pandering to your pride here. I am not stroking what might already be too large of an ego. I am not trying to stoke the fires of your self-esteem. We have far too many narcissists out there already. Even in the churches. So that is not my point.

But some people did things that others regarded as amazing, incredible, astonishing, and remarkable. I refer to Jesus and the disciples. Having just finished reading the four gospels and the book of Acts again, I took note of all the times we read about how amazed people were at the amazing things Jesus did, and then his disciples did. 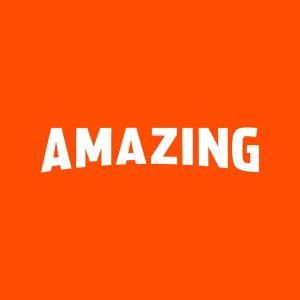 I managed to find at least 44 instances of this, and there could well be more. It seems the crowds were constantly astonished at what Jesus said and did, and then they were equally amazed at what the disciples said and did. What an amazing bunch they were.

And my point is, are we doing and saying things that also amaze and astonish people and get their attention? Are we sufficiently different from the world that folks stand up and take notice of us? Are we making an impression on others? Are we amazing?

Let me offer some of the passages I have assembled in my reading. I will just run with the verses that are found in the two books authored by Luke. Here are some of the things that amazed people about Jesus:

Luke 2:18 and all who heard it were amazed at what the shepherds said to them.

Luke 2:47-48 Everyone who heard him was amazed at his understanding and his answers. When his parents saw him, they were astonished. His mother said to him, “Son, why have you treated us like this? Your father and I have been anxiously searching for you.”

Luke 4:22 All spoke well of him and were amazed at the gracious words that came from his lips. “Isn’t this Joseph’s son?” they asked.

Luke 4:32 They were amazed at his teaching, because his words had authority.

Luke 4:36 All the people were amazed and said to each other, “What words these are! With authority and power he gives orders to impure spirits and they come out!”

Luke 5:9 For he and all his companions were astonished at the catch of fish they had taken,

Luke 5:26 Everyone was amazed and gave praise to God. They were filled with awe and said, “We have seen remarkable things today.”

Luke 8:56 Her parents were astonished, but he ordered them not to tell anyone what had happened.

Luke 9:43 And they were all amazed at the greatness of God. While everyone was marveling at all that Jesus did, he said to his disciples…

Luke 11:14 Jesus was driving out a demon that was mute. When the demon left, the man who had been mute spoke, and the crowd was amazed.

Luke 20:26 They were unable to trap him in what he had said there in public. And astonished by his answer, they became silent.

And here are some of the things that amazed people about the early disciples:

Acts 3:9-10 When all the people saw him walking and praising God, they recognized him as the same man who used to sit begging at the temple gate called Beautiful, and they were filled with wonder and amazement at what had happened to him.

Acts 4:13 When they saw the courage of Peter and John and realized that they were unschooled, ordinary men, they were astonished and they took note that these men had been with Jesus.

Acts 8:13 Simon himself believed and was baptized. And he followed Philip everywhere, astonished by the great signs and miracles he saw.

Acts 9:21 All those who heard him were astonished and asked, “Isn’t he the man who raised havoc in Jerusalem among those who call on this name? And hasn’t he come here to take them as prisoners to the chief priests?”

Acts 10:45 The circumcised believers who had come with Peter were astonished that the gift of the Holy Spirit had been poured out even on Gentiles.

Acts 13:12 When the proconsul saw what had happened, he believed, for he was amazed at the teaching about the Lord.

Hmm, that is a whole lot of amazement and wonderment going on. There was something about Jesus and the early church that certainly caught the attention of the world. They stood out, and they were noticed by others. So the obvious question is this: are we also doing the same?

Are we living lives so devoted to God, so consecrated to Christ, and so full of the Spirit, that we can’t help but make an impression on others? If not, why not? We do have what it takes in this regard. As Paul prayed in Ephesians 1:18-20:

I pray that the eyes of your heart may be enlightened in order that you may know the hope to which he has called you, the riches of his glorious inheritance in his holy people, and his incomparably great power for us who believe. That power is the same as the mighty strength he exerted when he raised Christ from the dead and seated him at his right hand in the heavenly realms.

By God’s grace we have all that we need to make an equally powerful impression on the world around us. So we must keep asking ourselves why this is so seldom happening. Why does the world look at us and simply yawn? Why are we so ineffective in our witness and service for Christ? Why are we putting the world to sleep instead of waking them from their slumber?

A good part of the reason is found in some of the things the great A. W. Tozer said some years ago. He often knew what ailed the church, and he is well worth quoting from to conclude this piece:

“The church has lost her testimony. She has no longer anything to say to the world. Her once robust shout of assurance has faded away to an apologetic whisper. She who one time went out to declare now goes out to inquire. Her dogmatic declaration has become a respectful suggestion, a word of religious advice, given with the understanding that it is after all only an opinion and not meant to sound bigoted.”

“The church’s mightiest influence is felt when she is different from the world in which she lives. Her power lies in her being different, rises with the degree in which she differs and sinks as the difference diminishes.”

“There was a day when the world followed the Church. She took the initiative; she was aggressive. But it has changed now, and we are down on our knees imitating the world. The Church is like a poor old withered hag, rather than the beautiful, full-blooded bride of the Lamb we are intended to be. That we should stand by the world’s highway and stretch our withered hand for a dime from the world is a disgrace.”

“Let us stand out, even if it is extreme in the eyes of the world. Let us be known as Christians separated unto God; and if the world laughs and the other churches laugh, and say, ‘What’s the matter with you Christians? Are you holy rollers?’ Say, ‘No, I’m not as holy as I want to be. I’m just a believer in the Word of God; and if I go too far, you’ll forgive me, but I’d rather go too far than not far enough’.”

“We must have a new reformation. There must come a violent break with that irresponsible, amusement-mad, paganized pseudo religion which passes today for the faith of Christ and which is being spread all over the world by unspiritual men employing un-scriptural methods to achieve their ends.”

5 Replies to “Are You Amazing?”