Sometimes it is a very good thing to be divisive:

In more sensible times it used to be the case that if you stood up in the public arena arguing for truth and for what is right you were thought highly of. You were respected for championing the things that matter. It was seen to be honourable and virtuous to be an advocate for various goods, and for defending the downtrodden and the marginalised. 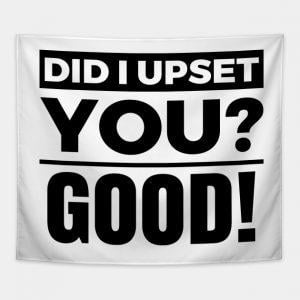 Today it is not quite that way. Sure, there are some causes that anyone can promote which will earn you the praises of men. But there are other things that you no longer dare speak about – and if you do, you will be accused of being divisive, intolerant, bigoted and judgmental.

Obviously the issue of abortion is one such topic – when you seek to argue against it that is. If you are in favour of baby killing, no probs. But dare to express prolife sentiments in the public arena and you will face wave after wave of hostility and rejection.

Nothing new there. But what is somewhat new – or at least surprising and alarming – is when other Christians will resist you as well, calling you hate-filled and divisive. This is happening more and more often. I just read about a case of this in the US.

It seems some prolife students at a Christian school wanted to set up a prolife display, but they were told by the powers that be that this is divisive and therefore verboten. As one write-up on this episode explains:

A student says her Christian college refused to allow her to set up a pro-life display on campus because it would have been too “divisive.” The Blaze reports Rocky Mountain College student Emily Kokot recently requested permission to set up a display of crosses to represent the number of babies whose lives have been lost to abortion. She is the secretary and treasurer of Young Americans for Freedom, a conservative student club.

The Billings, Montana college is affiliated with several Christian denominations, including the Presbyterian Church, the United Methodist Church and the United Church of Christ; but, despite Christian teachings about the sanctity of life, the administrators refused to allow the display, according to the report. Kokot said Dean of Students Brad Nason opposed the pro-life display, arguing that it would remove students’ “right [to] choose to engage or not engage” with divisive topics.

“I’m sorry Emily, but that is not a program that would be allowed at RMC. The College has no objection to discourse and dialogue about/around the pro-life movement, but we draw the line at public displays of divisive topics,” Nason wrote in a letter to Kokot. “A physical ‘memorial for abortion victims’ falls into that category.” www.lifenews.com/2019/11/14/christian-college-blocks-display-of-crosses-to-memorialize-aborted-babies-its-too-divisive/

A public prolife display at a Christian college is too divisive? Really? In fairness, the article does go on to say this: “He said the college recently refused permission for another controversial display with ‘liberal messaging’ on the topics of immigration, racism and climate change.”

Hmm. Well I guess if they want to shy away from any and all “divisive” activities, at least they are being equal opportunity offenders when it comes to cowardice and a lack of nerve. But it seems to me there might be a better way. It seems some issues may well be divisive, but they must be heard anyway – at least if you claim to be a Christian or a Christian institution.

Some things are so very basic to the biblical worldview – such as the sanctity of human life – that they MUST be discussed and publicly championed. Certainly standing up for the unborn is something all those who claim to represent Christ must boldly and passionately run with.

But this Christian school seems to want to shy away from all that. One could imagine students at a Christian college being told several centuries ago that to put up a display on the wrongs of slavery was too divisive and it should not be allowed. Indeed, I am sure many Christians were told that about the slavery issue: “Don’t rock the boat. That is too divisive. You will ruin your Christian witness if you run with that.”

Thankfully anti-slavery heroes like Wilberforce and others ignored that blatantly foolish and unbiblical advice and stuck to their guns. They knew that abolition was the pressing need of the day, and reckless charges of being divisive just did not wash with them.

And of course if we simply return to Scripture we see division happening all the time. Jesus and the disciples were constantly causing division. The crowds were always being divided because of what they said and did. As I wrote in an article last year:

It can be said with full biblical warrant that Jesus is the great divider. Perhaps no other figure in human history has been so divisive. And that may strike many people – even many Christians today – as being quite bizarre. “Really? Jesus divisive? I thought he was all about love and unity and just getting along with everybody.”

Um no, wrong Jesus. No one actually reading through the four gospels could ever come away with that completely false understanding of Jesus. They say repeatedly that he came to bring division – and that he did. Just as Jesus still divides today, he certainly did 2000 years ago.

Indeed, all of human history is even divided because of his birth: BC and AD. Christ divides. How could it be otherwise? His message was so countercultural that it ran against all the beliefs, values and convictions of most people. He and his disciples were always bringing about division, turmoil, controversy and upheaval. billmuehlenberg.com/2018/06/22/jesus-and-division/

When light comes into a dark world, there WILL be division. It cannot be helped. So when believers today stand up for the defence of the unborn, that will cause division. But so what? Do we stop standing for life because it divides the masses and gets some people’s noses out of joint?

I bet some of the college bigwigs who do not like division will go to a football game on the weekend and scream themselves hoarse as they support their fav team. Guess what? They are being divisive and getting people who support other teams quite upset.

That does not bother them in the least. Yet they are worried about a few Christian student snowflakes who might get upset or offended when prolifers seek to rally behind the unborn. Good grief. It is time for this school and its leaders to get some backbone here.

For the most part we should not worry about causing division. What we all should worry about is when we never rock the boat, when everyone agrees with us, and when nobody ever gets upset. That is not the place any biblical Christian wants to be in.

I say three cheers for being divisive.

10 Replies to “‘You Are Being Too Divisive’”