Labor’s review of its election loss shows a Party that is still out of touch:

On May 18 of this year federal Labor lost the unlosable election. Everyone was predicting an easy Labor win, and almost no one foresaw a Coalition re-election. But the “miracle” happened, as Prime Minister Scott Morrison put it. My only regret is that I was in America at the time, so I had to experience this win from afar, with whatever online help I could find. 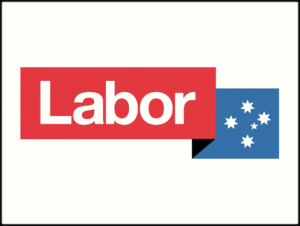 Labor of course was shocked by the result, and after a period of licking its wounds and lamenting the sad state of play, it undertook a review to determine what went wrong. Thus they recently released the “Review of Labor’s 2019 Federal Election Campaign” chaired by The Hon Dr Craig Emerson and The Hon Jay Weatherill.

The 91-page document is interesting to say the least. It speaks about various reasons for the loss: the unpopularity of Bill Shorten; having a “weak strategy;” the fact that it “did not settle on a persuasive strategy” to tackle the Liberals; and so on. All up it offered 60 findings and 26 recommendations.

What is really interesting is when it talks about religion. While the word “religion” is found 6 times, and the word “religious” is found 3 times, the word “Christian” is found 26 times in the review. But the words “Islam” and Muslim” are not mentioned once. Let me explain the significance of all this.

The review was happy to talk about how some Christians turned away from Labor. Consider three of its findings:

Christians are defined as those who identified themselves as being of the Christian faith in the 2016 Census. They do not include secular Australians who were Christened or Baptised but no longer identify themselves as Christians. In some way or other, the group called Christians practise their religion. When all other variables are controlled for, it is estimated that identifying as Christian was associated with a swing against Labor. While the statistical analysis did not break down Christian voters into sub-groups, it appears from electorate-based evidence the most pronounced swings were among devout, first-generation migrant Christians.

Finding 30: Some groups of self-declared Christians swung against Labor.

Between them, up to 400,000 voters in these two groups changed their votes at the 2019 election. Coal mine workers and those working in allied industries such as wholesale trade, electricity, gas, water and waste, manufacturing and agriculture, forestry and fishing swung strongly against Labor. These voters contributed heavily to Labor’s loss of Herbert and to big anti-Labor swings in the Coalition-held Queensland seats of Capricornia, Dawson and Flynn, as well as in the Labor-held Hunter Valley seats of Hunter, Shortland and Paterson. A swing by Chinese Australian voters against Labor of more than 2 per cent nationally may have had localised consequences, with the Liberal Party retaining Reid and Chisholm despite departing sitting members.

Finding 36: Labor did not craft and convey a persuasive jobs and economic growth story that augmented its mission to reduce inequality.

Internal polling confirms when Scott Morrison became Prime Minister in August 2018 he was not well known by voters. He set about defining himself, at first, as a daggy, baseball cap-wearing dad, but then, as the election campaign itself unfolded, as a devout Christian. Most conspicuously, Morrison was filmed praying, arms aloft, in his local church on Easter Sunday. These images were a prominent feature of the remainder of the campaign, with Morrison speaking openly about his Christian faith.

In contrast, Labor as a whole did not project an image that was appealing to devout Christians. Announcing Labor’s sexual and reproductive health strategy 10 weeks from the election enabled conservative groups to target Christian voters in marginal electorates around the country, and in traditionally safe Labor seats in western Sydney.

The Party would be wise to reconnect with people of faith on social justice issues and emphasise its historic links with mainstream churches. Whether Labor’s campaign for marriage equality affected its standing with people of faith is a moot question, but it is noteworthy that even after an overwhelming “Yes” vote, Morrison abstained in the parliamentary vote on the enabling legislation. In pointing this out, we are not suggesting Labor should have positioned itself as opposing marriage equality.

More generally, the rise of the Christian Right within the Liberal Party and Morrison’s elevation to the Liberal leadership will ensure the Liberals will continue to connect with devout Christians. alp.org.au/media/2043/alp-campaign-review-2019.pdf

But listen to what it says in its recommendations. It basically says they have the right values and they must cling to them. Consider the first:

Recommendation 1: Labor should retain its core values, including improving the job opportunities, security and conditions of working Australians, fairness, non-discrimination on the basis of race, religion and gender, and care for the environment.

While all this sounds nice, the reality is the core values of Labor are now those of radical secular leftism, with pro-homosexuality and pro-abortion leading the way. Thus the bizarre and schizophrenic waffle we find here. On the one hand, it says its core values are just peachy.

But on the other hand it worries about losing some Christian votes. Um, wakey, wakey. Pushing values that are inimical to core Christian values is NOT how you win back disaffected Christians. It is how you keep alienating them and keep them away. Thus the lunacy of this recommendation:

Recommendation 6: Without compromising existing support, Labor should broaden its support base by improving its standing with economically insecure, low-income working families, groups within the Christian community and Australians living in regional and rural Australia.

Sorry mates: doubling down on your anti-Christian values will do you little good in reaching biblical Christians. It ain’t gonna work. And as I noted, the “I” word and the “M” words were not even mentioned. I wonder why. The truth is, the western suburbs of Sydney are two things: Labor strongholds, and places with high concentrations of Muslims.

Most Muslims are not too crazy about the radical pro-homosexual policies and all the others that go with it: the gender bender trans agendas, the “Safe Schools’ garbage, and so on. They too would have rejected Labor just as much as so many Christian voters did.

They too are sick of the radical secularism and the promotion of every hard-core loony lefty item, including all the radical sexuality policies. While Labor is quite happy to talk about Christianity – and often – they were too afraid to say a word about Islam.

This is one of their big dilemmas. They really do depend on the Muslim vote, at least in NSW, but they are pushing “core” values that most Muslims detest – and reject. You really can’t have it both ways. Sure, you can try to pull the wool over the eyes of many Christians who don’t think too straight or take their faith too seriously, but it is not as easy to pull a fast one on Muslims.

So this review seems like a big waste of time, all up. It acknowledges time and time again how it had turned away Christians, yet it insists on running with so many core policies that will continue to turn off real-deal Christians. You won’t get very far with a “strategy” like that Labor!

I always love a quote by an earlier and much-more level-headed Labor MP and Minister, Kim Beazley Senior (1917 – 2007). At the WA Labor state conference in 1970, he blasted his comrades for this movement toward leftist insanity and chaos:

“When I joined the Labor Party, it contained the cream of the working class. But as I look about me now all I see are the dregs of the middle class. And what I want to know is when you middle class perverts are going to stop using the Labor Party as a spiritual spittoon.”

Now THAT is exactly the sort of advice that federal Labor needs to hear today, not all this leftist nonsense its leaders are pushing. Until it wakes up to the reality of Kim’s words, they will continue to spin out of control. They will continue to languish in the political wilderness.

Although that is good news in my books.