As the old saying goes, “If you give them an inch, they’ll take a yard.” That is true in many areas, perhaps none more so than in the radical left’s never-ending list of demands. And the homosexual militants are leading the charge in this. There simply is no pleasing them – they are never satisfied. 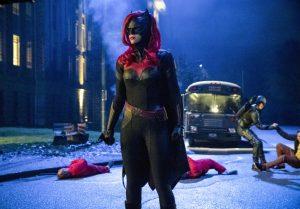 Plenty of Christian and conservative groups have nonetheless gone right ahead and given in to one demand after another, naively hoping that this would be their last. Even high-profile pro-family Christian groups have unnecessarily caved in here.

They foolishly thought that if we grant a whole bunch of special rights to the activists, they would ease up and leave us alone. So they bent over backwards to grant them various privileges, hoping they would leave marriage alone. Um, wakey, wakey folks.

How does that expression go, sometimes attributed to Churchill? “An appeaser is one who feeds a crocodile—hoping it will eat him last.” It never works when you have activist groups with an insatiable lust for more and more power and control. See for example this piece I wrote 12 years ago, long before Australia caved in to fake marriage: www.billmuehlenberg.com/2007/12/15/good-intentions-unhelpful-outcomes/

And see some other pieces I wrote long ago on this matter are also worth looking at:

It seems recent history has vindicated my concerns. Not only is homosexual marriage the legal norm in so many parts of the West today, but the whole trans agenda is now being unleashed upon us, along with other acts of militancy – and all the persecution of those who dare to not go along with it all.

Before providing a few more recent examples of the homosexual steamroller in action, let me offer one interesting quote from English author Douglas Murray – who just happens to be an atheist and a homosexual. But he is also a conservative who dislikes political correctness, woke and identity politics, intersectionality, and so on.

And he happens to have a brand-new book out on all this called The Madness of Crowds (Bloomsbury Continuum, 2019). He has entire chapters on homosexuality and the trans agendas, and says in his introduction that a “new system of values” has emerged in the PC West, and “a set of tripwires have been laid across the culture.” He writes:

It took a little while for the delineation of these tripwires to become clear, but they are clear now. Among the first was anything to do with homosexuality. In the latter half of the twentieth century there was a fight for gay equality which was tremendously successful, reversing terrible historic injustice. Then, the war having been won, it became clear that it wasn’t stopping. Indeed it was morphing. GLB (Gay, Lesbian, Bi) became LGB so as not to diminish the visibility of lesbians. Then a T got added (of which much more anon). Then a Q and then some stars and asterisks. And as the gay alphabet grew, so something changed within the movement. It began to behave – in victory – as its opponents once did. When the boot was on the other foot something ugly happened. A decade ago almost nobody was supportive of gay marriage. Even gay rights groups like Stonewall weren’t in favour of it. A few years down the road and it has been made into a foundational value of modern liberalism. To fail the gay marriage issue – only years after almost everybody failed it (including gay rights groups) – was to put yourself beyond the pale. People may agree with that rights claim, or disagree, but to shift mores so fast needs to be done with extraordinary sensitivity and some deep thought. Yet we seem content to steam past, engaging in neither.

Yes quite so. As I told various audiences in Ghana a few weeks ago, the law can do one of three things: prohibit, permit, or promote. In the West we have gone through all three of these, and now the celebration, promotion and state -enforced endorsement of homosexuality is all but complete. Those who dare to resist WILL be punished.

But the homosexual activism still continues unabated. The demands are STILL being made. Consider this headline from the US homosexual activist group GLAAD (which had been an acronym for “Gay & Lesbian Alliance Against Defamation”): “GLAAD calls for 20% of primetime TV series characters to be LGBT by 2025”. One report says this:

GLAAD published its annual “Where We Are on TV” report this week, which analyzes the number of LGBT and non-white characters on television. In the report, the group called on the television industry to ensure that a full one in five of “series regular characters on primetime scripted broadcast series” are LGBT by 2025:

“GLAAD is calling on the industry to ensure that 20 percent of series regular characters on primetime scripted broadcast series are LGBTQ by 2025. Further, we would challenge all platforms to make sure that within the next two years, half of LGBTQ characters on every platform are people of color. While broadcast has actually hit this mark two years in a row, cable and streaming have yet to reach this goal. These two steps are key moves towards ensuring that entertainment reflects the world in which it is created and the audience who consumes it.” endtimeheadlines.org/2019/11/lgbtq-characters-on-u-s-television-reach-all-time-high/

Hmm. Given that homosexuals make up around 1.5 per cent of the population, one would have thought that 1.5 per cent of characters would suffice. Or even the fake figure of ten per cent. But no, we must have 20 per cent! Let’s stop beating around the bush here GLAAD.

We all know what you really want. In a few years we can all expect to see this headline: “GLAAD calls for 100% of primetime TV series characters to be LGBT by 2035”. That sort of thing is of course the obvious endgame here: the end of ‘evil’ heterosexuality altogether, with not just the TV world but the entire world homosexual-only.

It just never stops. When will we learn this lesson? The activists are NEVER satisfied. They ALWAYS want more. They will NOT rest until there is 100 per cent compliance, acceptance and endorsement of all things homosexual. All recalcitrants will be dealt with.

Speaking of GLAAD and the rainbowisation of television, consider another report just out:

For the fourth consecutive year, broadcast television has featured a record percentage of LGBTQ characters, according to a report released Thursday by the media advocacy group GLAAD. Last year, GLAAD called on the broadcast networks to have 10 percent of its regular characters on prime-time scripted series identify as LGBTQ by 2020. According to its 2019-20 “Where We Are on TV” report, the networks more than exceeded that goal.

Of the 879 regular characters scheduled to appear this season, 90, or 10.2 percent, are LGBTQ. This is the highest percentage GLAAD has found in the 15 years it has kept such a count. “We made a specific call, and to see the networks surpass it is really noteworthy,” Megan Townsend, GLAAD’s director of entertainment research and analysis, told NBC News. “It’s especially exciting to see the number of trans men on TV more than double this year, which last year’s report really pushed television networks to do, and to see that for the first time, LGBTQ women outnumber LGBTQ men on broadcast.” www.nbcnews.com/feature/nbc-out/schitt-s-creek-batwoman-lgbtq-characters-u-s-tv-are-n1078246

Wow, monitoring every single thing screened on TV – sounds like something straight out of Big Brother. But that is just a further indication of the totalitarian nature of the homosexual activists. No stone will be left unturned as they seek to fully and completely remake society into their own image. All aspects of life WILL be transformed by the militants. Nothing will be left untouched.

Let me finish with another example of this, but one that offers a ray of hope, and something we can do to fight back. CitizenGo is a conservative action group which specialises in petition campaigns to offset similar sort of groups on the left such as change.org.

One of their recent campaigns has to do with Disney and its full embrace of the homosexual agenda. The web page opens as follows:

CitizenGO supporters started an opposition campaign that caught on like wildfire, and now inside sources at Disney have confirmed that Disney’s leadership is very worried about the global mobilization that CitizenGO is leading against their future Pride events.

So, let’s double down on the pressure. In just a couple of weeks, CitizenGO sent around 400,000 signatures to Disney. Now, I ask you to help us generate one million petition signatures (or more!) addressed to the Walt Disney Company President & CEO (Robert A. Iger) and the Disney Board of Directors. Please sign this petition to prevent the next gay pride parade and similar events from happening in any Disney park.

Disney may think it’s safe to pander to the loud voices of LGBT activists, but the company’s finances and stock value are built on the support of families. By signing this petition and encouraging others to sign, you send a clear message to the Disney company — stop promoting homosexuality or lose your good name … and our money.

Warning: Disney parks are no longer family friendly! Disney is flaunting its new partnership with the “LGBT” community. They recently hosted their very first gay pride parade at Disneyland Paris. This event was an expansion of a small party they promoted in the park last year and was the first outright parade celebrating the gay lifestyle.

The growth of gay pride events at Disney is not limited to its Paris location. At Universal Studios Hollywood, in Southern California, Disney is helping to organize the “Pride Is Universal” event. And Disney is supporting the expansion of “Gay Days,” which is held every August at Walt Disney World in Florida. www.citizengo.org/en-us/fm/171884-disney-stop-lgbt-indoctrination-around-world

Please do sign it. Since the other side never stops, neither should we. As long as they are intent on taking over the world for their activist agendas, we should be willing to stand up and resist – resolutely and persistently.

20 Replies to “The Activists Are Never Satisfied”