Believers can do a better job of thinking straight and thinking biblically:

I sometimes despair of writing any more articles – articles which are hopefully carefully crafted, thought through thoroughly, and biblically based. No matter how hard you try to offer a balanced and nuanced piece, you will still get plenty of critics attacking you for it.

The worst bit is, it is clear that at least half the folks having a go at you have not even bothered to read the article in question! They simply launch into assault mode, pushing their agendas without extending to you the courtesy of first reading the piece carefully before blasting you and it. 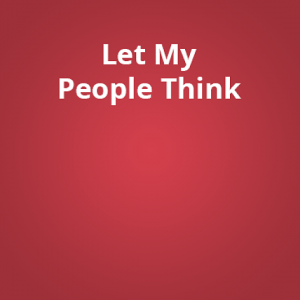 One of course expects all this from non-Christians. But far too many Christians will come along with their heated rants as well, demonstrating not just sloppy thinking but often theological illiteracy. The latest example of this was my newest piece on Israel Folau and the issue of drought and bush fires, and any connections to national sins like abortion.

He wanted to make a connection there, while I said at best it is possible. God does indeed use natural disasters to get our attention and lead us to repentance. So it is possible that Folau is right. But plenty of believers went ballistic at him, at me, and my article. Again, most did not even bother to read the piece first before emoting and sending in the attack dogs.

Yes, thankfully there were some believers who offered criticisms who had legitimate concerns and were trying to think things through carefully. So it was a mixed bag. But let me deal with a few of these objections, and how I responded (or wanted to respond), either on the social media, or elsewhere.

Many Christians still have rather careless thinking when it comes to God and judgment. Too many claimed that only the Old Testament God judges, not the New. I of course have dealt with that falsehood numerous times already. See this for example: billmuehlenberg.com/2014/07/15/divine-love-and-anger-grace-and-judgment/

Here is the short reply: God in his attributes and who he is does NOT change. He is the same in both Testaments. Thus in both he is fully gracious and loving, but also fully holy and opposed to sin. That does NOT change. What can change between the Testaments is how God deals with people. So not everything Yahweh did with ancient Israel is necessarily done with the church today for example.

But the truth is, God has not stopped judging. And judgment in the NT is not just confined to the cross and the final judgment. Because God is always actively involved in our world and our lives, there is judgment taking place all the time. Consider some New Testament examples: God struck down non-believers in the here and now (such as Herod in Acts 12:22-24) and God struck down believers in the here and now (such as Ananias and Sapphira in Acts 5:1-10).

Related to all this were a number of comments from folks that went like this: ‘I think Israel Folau only needs to preach the love of Jesus and that Jesus is the only way.’ My reply to this is straightforward: There is no love of God without his wrath against sin – it is a package deal. And to say Jesus is the only way is to say those who are on other ways are under his judgment.

Another oft heard complaint was that Folau should stop making these public comments. But as I had to keep reminding folks, his most recent remarks were made at his own church! Others said he is now in the public spotlight, so he has to watch what he says.

Well, yes and no. We all need to be wise and careful in anything we say. But we must not go too far here, or it would mean no preacher in any church should ever preach biblical truth because some hostile reporter might be there trying to find something to run with in the media. The world is out to get us, and pulling back on proclaiming the Word for fear of what men might do is NOT the Christian response.

One might as well tell me to stop preaching biblical truth because I have too many enemies who are monitoring my every word, and my ministry is now too public. Sorry, but I am not backing down in fear and cowardice to please the militants and the secular left media. We must get real here: we are in a war, and wimping out is not an option at this crucial time.

Another set of objections had to do with immediate causes as opposed to ultimate causes. Thus many flippantly said that arsonists (or policies of the Greens) were solely responsible for the bush fires, not God. Um, as I have said often, Christians are not deists.

We believe God is actively involved in this world. Yes, there is a large theological discussion about how human responsibility and divine sovereignty relate. But all biblical Christians know that both are at work. If an arsonist started some of these fires, he IS responsible, and he should face the full force of the law if caught.

But that does NOT mean that God cannot be involved in this as well. God for example used the evil Assyrians to judge Israel. God called them “the rod of my anger” – yet God held them responsible for their actions! The cross is another obvious case: the immediate cause of the death of Christ was decisions made by Roman and Jewish leaders. But God of course was fully behind it all for his purposes.

All biblical Christians believe that there are always interplays between human actions and divine actions. And a third set of causes may be considered – the works of Satan. There is nothing too difficult to understand about all this. Human beings can do bad things, but God at least can use their actions for his overall purposes.

Another criticism heard by some was this: If it was judgment, why were farmers impacted by the fires, and not our Parliamentarians. God missed his target! This is a rather silly and unhelpful objection for several reasons. First, the concept of corporate responsibility is a fully biblical concept, whether folks like it or not. Consider Achan’s sin: God judged many more people than him for his own particular sin (see Joshua 7).

And when God judged the world with the flood, were farmers and political leaders and others swept away? Of course. Only eight righteous people were saved and the rest were judged. The same with Sodom and Gomorrah: five cities on the plain were all wiped out, with just Abraham and a few others saved. In each case women and children and others were included in the judgment.

Again, pagans may fully object to such things, but I am really confused when people claiming to be Christians have such a hard time understanding this. Yes they are complex issues, and they do raise moral considerations, but the concept of corporate responsibility is nonetheless a biblical reality which we cannot shy away from.

Getting back to Folau: In the case of homosexual marriage, it was sadly the Australian people who voted this in. It was not just a handful of politicians or judges bringing it in. But the Bible knows nothing of innocents anyway. We are all sinners, we are all guilty, and we are all under the just judgment of God.

So whether God brings judgment now, or in the future, he is sovereign and he is entitled to do so. Making wisecracks about God missing the target does not help this discussion – it just shows misunderstanding of how God operates in this world.

And then I had folks saying if we are not absolutely certain something is of God, then it must not be. Good grief. The fact that WE may not know for sure if something is of God does NOT mean it is not of God. It may indeed be of God, but we finite creatures still see through a glass darkly. Our knowledge is always imperfect and partial, even with the help of the Holy Spirit.

It is simply the case – as I stated – that I cannot know for certain if these current fires and droughts are God’s particular judgments. That is where I differ with Folau. But the fact that I may not be 100 per cent sure if it is divine judgment does NOT mean it is not. God’s activities are not determined by my mere understanding or comprehension of them.

God’s ways ARE often mysterious and hard to fully fathom even at the best of times. Indeed, God often DID make things deliberately ambiguous and elusive, as when Jesus spoke in parables. And what God does often seem to be ambiguous. But that is our fault as fallen and finite creatures who do not have full understanding of all things. It is not God who is ambiguous, but us in our limited knowledge.

Plenty of other less than useful objections and criticisms have been raised here. But it should be pointed out that I am NOT here to defend everything someone like Folau says. When he or others get it radically wrong, I will disagree. When they are more or less right, I will agree.

But biblical and theological truth does need to be affirmed, shared and explained. And there is one thing I sure wish would happen a lot less: Christians who do not think as straight and biblically as they should, and who often just emote and carry on like trolls. I can do without them to be honest.

18 Replies to “When Sloppy Thinking Abounds”