We need to think carefully and biblically here:

As my readers will know, I have been writing quite a bit on these types of topics of late. They are always important matters, and they keep coming up when concerned citizens as well as concerned Christians want to understand how best to proceed in these areas. And the articles have led to a fair amount of lively discussion and debate.

I have been going back and forth with quite a few folks lately, both here and on the social media. Given the importance of such topics, they are well worth discussing. Sure, some folks seem to have their minds made up and just want to argue. They are not quite my cup of tea.

But others who do want to have a civilised discussion on such things are worth interacting with. All this can certainly keep me busy, but it can be helpful to further explore and explain one’s thinking on these issues. With that in mind, one such person sent in a comment to a recent post, and I started typing a response. 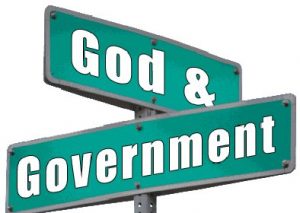 As with all important topics, a few short replies do not really cut it: careful – and often somewhat lengthy – responses are required to do these matters justice. Thus I found that when I was almost finished with my reply, it was far too long for a comment! So if he does not mind, I have decided to turn my response into an entire article.

Since the thoughts of this person are somewhat representative of many others who want to discuss these things, I will run with his particular comments, but offer more general and generic responses. His comment was as follows:

I think you’re here conflating libertarianism with nihilism or extreme individualism. Sure libertarianism can tend in this direction. No doubt. But saying that God values liberty or that a stateless society is ideal is hardly unbiblical. Romans 13 talks about a state only being necessary due to our fallen condition. The best condition is for men to be spontaneously guided by the spirit. And for that to occur is certainly not any state of nihilism!
The other error here is in omitting the inclusion of non-governmental institutions that have authority within a civil society. E.g. family, schools, fraternal organisations etc etc. These are certainly not excluded from a libertarian society although libertarians tend to ignore them!
Surely we can all agree that it would be better that civil society be Godly and people restrain their own behaviour rather than needing the state to impose an artificial state of organisation by force on people? Wasn’t this the message of the American founding fathers?

In my recent articles my main interaction has been with those on the right – those I know the most about, and those whom I have read so much of. Thus I am interacting with folks like these from relatively recent times (many of them important economists in their own right): Bastiat, von Mises, Hayek, Menken, Rothbard, Nozick, Friedman, Nash, Sobran, Reed, and others.

Reading these thinkers and others makes it clear that nihilism is not necessarily a perversion of libertarianism, but can often be a very real component of it – at least for some. Even the lowest common denominator libertarians hold the basic position of maximising human freedom while minimising government interference. For many this can indeed lead to moral and social nihilism. All this is often garden-variety libertarianism, but as I keep seeking to argue, it is not biblical Christianity.

As to “ideal worlds” and the like we need to think carefully and biblically here. Often the main folks who go on about some unobtainable ideal world are leftists and Marxists who speak of perfect and/or utopian societies and even the perfectibility of man. But no biblical Christian buys into that sort of thinking.

They are instead realists, and agree with Scripture that sin and selfishness are always the default position of all humans, thus the need for God-ordained government. They know full well that there are only two times when state governments are not needed: before Adam and Eve fell, and after Christ comes again. In between those two pivotal events, humans will always of necessity require some form of state government.

Those who object to the very notion of government of course can take it up with God, since it is his idea. I however will run with his thoughts any day of the week over mere human speculation. So as long as we do live in a fallen world, it makes little sense to speak of some abstract ideal which will never be realised until the New Heavens and New Earth. We now deal with reality as we find it, not how we might want things to be.

Yes, there is a sort of ideal now: Those who actually turn from sin and self and put themselves under God’s rule live by the law of Christ – but that is not anarchy either. Self-government is an important truth, but it is still always under the government of God, and his delegated authorities.

The hundreds of New Testament imperatives are not mere advice but God-given commands that we are expected to obey. Jesus repeatedly said that if we love him, we will keep his commands. So any sort of lawlessness or antinomianism is never a feature of what biblical Christianity is all about.

Also, a quick word on ‘The best condition is for men to be spontaneously guided by the spirit.’ Well, yes and no! Even a cursory study of church history reveals that this can be really problematic. Cults of course can flourish in that sort of atmosphere. Simply consider one admittedly extreme episode: the ‘Spirit-led’ prophets of Munster.

These radical Anabaptists ended up running naked through the streets; polygamy and harems were established, along with forced marriages; and the leaders turned the place into a socialist dictatorship! Even being Spirit-led never means to be free of godly governance, order, and biblical law. See more on this here: billmuehlenberg.com/2019/03/01/sex-cults-and-killer-cults-now-and-then/

And I have made no error here in not discussing other social groups for the simple reason that one cannot cover everything in one article, and because I have often discussed the important role of what are known as “mediating structures” elsewhere. These include churches, families, community groups, unions, and so on. They stand between the naked individual and the state.

Conservatives like Burke spoke of the “little platoons” for example, and de Tocqueville was struck by their place in American life. And more recent conservatives (who also support the free market, but are not libertarians) have penned entire books on mediating structures. They include heavyweight social thinkers like Michael Novak, Peter Berger and Richard John Neuhaus.

Finally, you may need to read the American Founding Fathers more closely: they did not speak in terms of ‘the state imposing an artificial state of organisation by force on people’. That was not quite their message! Again, they were realists who were steeped both in biblical principles as well as a close study of history.

They knew full well of the need of ordered social existence – including the necessary role of government – in a fallen world. I am not aware of any hard-core libertarian Founding Fathers. Even Jefferson who so often rightly warned about the dangers of statism would not have regarded himself as one.

This is quintessential Founding Father philosophy and biblical realism: the state IS needed in a fallen world, but moral and religious-based self-control and self-government is always the necessary underpinning of it. Again, the Fathers almost spoke as one on this truth as well.

There are so many folks that can be quoted here – both Founding Fathers and others. Let me offer just a few such quotes. As John Adams put it “Our Constitution was made only for a moral and religious people. It is wholly inadequate to the government of any other.”

And again: “Statesmen may plan and speculate for Liberty, but it is Religion and Morality alone, which can establish the Principles upon which Freedom can securely stand.” Thomas Jefferson put it this way: “Can the liberties of a nation be sure when we remove their only firm basis, a conviction in the minds of the people, that these liberties are a gift from God?”

George Washington rightly said: “Human rights can only be assured among a virtuous people. The general government… can never be in danger of degenerating into a monarchy, an oligarchy, an aristocracy, or any despotic or oppressive form so long as there is any virtue in the body of the people.”

Benjamin Franklin said this: “Only a virtuous people are capable of freedom. As nations become more corrupt and vicious, they have more need of masters.” And Alexis de Tocqueville felt the same way: “Liberty cannot be established without morality, nor morality without faith.”

One more. Patrick Henry put it like this: “Bad men cannot make good citizens. It is when a people forget God that tyrants forge their chains. A vitiated state of morals, a corrupted public conscience, is incompatible with freedom. No free government, or the blessings of liberty, can be preserved to any people but by a firm adherence to justice, moderation, temperance, frugality, and virtue; and by a frequent recurrence to fundamental principles.”

But I have sought to examine the case for the need for a moral and religious framework to enable a free people to flourish in various articles, such as this one: billmuehlenberg.com/2013/08/17/god-democracy-and-human-rights/

It goes without saying that I am not infallible – nor are those who comment here, the Founding Fathers, great economists, noted political scientists, and everyone else. We all see through a glass darkly. But my thoughts come from over 50 years of reflection, reading, study and teaching on these issues. I may change somewhat in the future, but this is where I am now at with these topics.

And given that such matters have been discussed at least since the time of Plato, I certainly have not exhausted these vital issues here. But the comment sent here, and my responses to what others have said, may be of some help to others as we seek to think carefully – and above all biblically – about these important topics.

4 Replies to “Further Reflections on Government, God, Anarchy and the State”