Thoughts on Trump and CT:

By now most of you would have heard how the leading evangelical magazine in America, Christianity Today, has editorialised that Christians cannot and should not support the President. Its Editor-in-Chief Mark Galli said that “Trump Should Be Removed from Office.” www.christianitytoday.com/ct/2019/december-web-only/trump-s hould-be-removed-from-office.html

While many experts would still argue that the actual evidence behind the calls for his impeachment is not fully clear, Galli seems quite certain about it all: “But the facts in this instance are unambiguous: The president of the United States attempted to use his political power to coerce a foreign leader to harass and discredit one of the president’s political opponents. That is not only a violation of the Constitution; more importantly, it is profoundly immoral.” 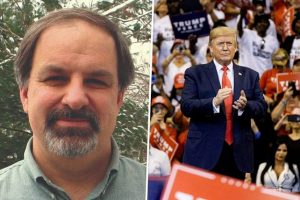 So he has acted as judge, jury and executioner here, fully buying the stance of the Democrats on this situation – even though the final political and legal word on all this still seems to be forthcoming. So what are we to make of all this? Let me begin by stating that Trump was most certainly not my choice four years ago – as many of you well know.

Indeed, I lost many friends over my stance back then. I won’t repeat everything I said at the time, but it concerned me greatly that so much of his life had not been about endorsing consistent and constitutional conservatism; much of the time he was not even a Republican; he liked to call folks like the Clintons his buddies; etc. With other more worthy candidates such as Ted Cruz around, I did not prefer to run with Trump.

But he is now President and I certainly am glad Hillary is not in the White House. And he has done better in many regards than what I and a lot of other critics thought possible. Sure, he has been a mixed bag: for example, he has done quite well on the prolife issues, but not as well on all things homosexual.

Appointing heaps of conservative judges – not least of which a few SCOTUS justices – is certainly a hugely important achievement. And the economy is of course booming with unemployment rates being well down. And given the current crop of hyper-left Democrat challengers for the top job next year, how could any conservative – and even any Christian – not prefer him to those leftist loons?

So yes, I want him around, and I want him to win a second term. And all that the Democrat circus about impeachment – and all the other nonsense about Russia, collusion, and so on – has done is to drive even more folks to Trump. Just as Boris won big in the UK, I expect the Donald to win even bigger in 2020.

Thus while I still believe that character counts, and Trump is far from ideal in many ways, the current round of Democrat opposition is so appallingly bad that Trump is our only real option. If Christianity Today was really concerned about him, they could have said much more earlier on. Timing this editorial with the Democrat witch-hunt seems a bit dodgy to be honest.

I am not alone in my concerns. Various Christian leaders have also weighed in on this. Focus on the Family founder James Dobson said this:

I have read a new editorial published by Christianity Today that promotes impeachment of President Donald Trump. The editors didn’t tell us who should take his place in the aftermath. Maybe the magazine would prefer a president who is passionately pro-abortion, anti-family, hostile to the military, dispassionate toward Israel, supports a socialist form of government, promotes confiscatory taxation, opposes school choice, favors men in women’s sports and boys in girl’s locker rooms, promotes the entire LGBTQ agenda, opposes parental rights, and distrusts evangelicals and anyone who is not politically correct. By the way, after Christianity Today has helped vacate the Oval Office, I hope they will tell us if their candidate to replace Mr. Trump will fight for religious liberty and the Bill of Rights? Give your readers a little more clarity on why President Trump should be turned out of office after being duly elected by 63 million voters? Is it really because he made a phone call that displeased you? There must be more to your argument than that. While Christianity Today is making its case for impeachment, I hope the editors will now tell us who they support for president among the Democrat field. That should tell us the rest of the story. christiannewswire.com/news/4551683350.html

Christianity Today released an editorial stating that President Trump should be removed from office—and they invoked my father’s name (I suppose to try to bring legitimacy to their statements), so I feel it is important for me to respond. Yes, my father Billy Graham founded Christianity Today; but no, he would not agree with their opinion piece. In fact, he would be very disappointed. I have not previously shared who my father voted for in the past election, but because of this article, I feel it is necessary to share it now. My father knew Donald Trump, he believed in Donald Trump, and he voted for Donald Trump. He believed that Donald J. Trump  was the man for this hour in history for our nation.

Is President Trump guilty of sin? Of course he is, as were all past presidents and as each one of us are, including myself. Therefore, let’s pray for the President as he continues to lead the affairs of our nation. www.facebook.com/FranklinGraham/posts/2925457574177071

Robert Gagnon minced no words on this. Here is one of several strong social media comments he made:

Is there anything more delusional than the belief of Mark Galli of Christianity Today that the Left will take more seriously Evangelical positions on abortion, “LGBTQ” coercion, and the curtailment of free speech and the free exercise of religion if only we support Trump’s removal from office? The Left hates us *precisely because* we oppose these things. Their visceral hatred of Trump stems first and foremost from his failure to advance wholeheartedly their most cherished and defining agendas. Does Mark Galli honestly think that the Democratic Party will be amenable to putting restrictions on abortion and cease pushing for the most draconian “Equality” Act that they can pass to impose the homosexualist and transgender agenda if only we back their efforts to remove Trump from office?

Others have also shared their misgivings about this. Many have wondered about the leftward direction of Christianity Today over the years. This just seems to be another clear indication of such a move. But anything that makes it easier for one of the present bunch of Democrats to get into office is certainly not something any conservative can approve of, nor something any concerned biblical Christian can run with as well.

Graham is right: please keep praying for the President. He sure can use our prayers. And unless some sort of decent Democrat challenger rolls up real soon (not too likely), pray for a major Trump re-election victory next year.

23 Replies to “Trump and Christianity Today”