The sexual meltdown of the West is now almost complete:

My title pretty well sums up most of the West. We have had a complete inversion of values over the past half-century or more. Not all that long ago we used to celebrate virtue, withstand evil, and frown upon stupidity. But all that seems to have gone topsy turvy nowadays.

What we have now is pretty much the perfect reflection of what a prophet of God warned against two and a half millennia ago: “Woe to those who call evil good and good evil, who put darkness for light and light for darkness, who put bitter for sweet and sweet for bitter” (Isaiah 5:20). 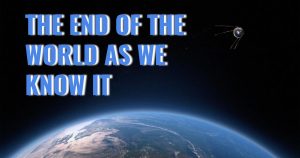 Examples of this are of course endless, and if it were not for all this moral and mental madness afflicting our culture, there would be far fewer articles on this website! So much of this insanity comes in the form of the hyper-sexual revolution (homosexualism, transgenderism, etc), and so much of it is directly aimed at destroying our Judeo-Christian culture.

Consider five recent cases of this. The first may be the most idiotic and diabolical of the lot: a man in the US has been sentenced to 16 years in prison for burning a homosexual flag. I kid you not. As one report states, “An Iowa man will spend up to 16 years behind bars for stealing a pride flag from an Iowa church and setting it on fire — a sentence that even a local LGBTQ group says might be excessive.” nypost.com/2019/12/20/iowa-man-who-burned-pride-flag-stolen-from-church-sentenced-to-16-years/

Let me immediately state the obvious:
-I of course do not condone theft.
-I am not necessarily in favour of burning flags.
-Why in the world was a “Christian” church flying this flag in the first place?
-Why is this a hate crime, while burning the American flag is “freedom of speech”?

And everything that is so blatantly wrong with this can be pointed out straight away:
-One can burn an American flag in the US and face no consequences.
-One can rape and murder someone and get a far more lenient sentence.
-One can be a convicted terrorist and serve less time in prison.
-One can commit real hate crimes against Christians and Christian churches and go scot free.

All that this episode tells you is that the homosexual juggernaut now trumps everything. There is no greater crime in America today than to dare to differ on the radical homosexual agenda. There WILL be no mercy for anyone who dares to stand against the homosexual behemoth. You WILL be punished – and punished severely.

My next four examples have to do with transgenderism, the ugly half-sister of homosexualism. These cases show us that the immolation of the West is now almost complete. The first one involves one of the world’s most well-known authors who has fallen afoul of the trans totalitarians. Brendan O’Neill lays out the chilling details:

Standing up for women’s rights is a risky business these days. Just ask JK Rowling. She has had merry hell rained down upon her over the past 24 hours. She has been called a stupid c**t, a bitch, trash, an old woman and so f**king ugly by an army of tweeting sexists. Her crime? She defended the right of a woman to express her opinion about sex and gender without losing her job.

The witch-hunting of JK Rowling, the ceaseless online abuse of her over the past day and night, exposes how unhinged, hateful and outright misogynistic the transgender movement has become. Rowling’s sin was to tweet in defence of Maya Forstater, the charity worker who was sacked for her belief that there are two sexes and that sex is immutable. That is, a man cannot become a woman, and vice versa. This week, an employment tribunal outrageously upheld Ms Forstater’s sacking and in the process it decreed what it is acceptable for people in the workplace to think and say. The judge said the kind of views held by Forstater are ‘not worthy of respect in a democratic society’. This essentially gives a green light to the harassment, isolation and expulsion from the workplace of anyone who questions the transgender ideology. www.spiked-online.com/2019/12/20/the-witch-hunting-of-jk-rowling/

The next case is just as insane:

A biological male who identifies as a transgender woman is suing after being denied entry into a female beauty pageant in Oregon. Lawyers for Anita Green on Tuesday filed suit against United States of America Pageants in the U.S. District Court for the District of Oregon, alleging the organization had unlawfully discriminated against Green by limiting the competition to “natural born females.” amp-dailycaller-com.cdn.ampproject.org/c/s/amp.dailycaller.com/2019/12/19/anita-green-sues-beauty-pageant-transgender-woman

My third case is also a shocker. Mat Staver of the US-based Liberty Counsel just sent out an action email on the case. He prefaces the story this way:

Imagine a world in which a male Christian schoolteacher is forced to supervise and monitor a middle-school girl who is given access to the boys’ locker room and shower because “she identifies as a boy.” Further, consider that same school system attempted to protect a convicted child pornographer because he showed “no signs of deviant behavior.” This is the upside-down world LGBT forces are imposing on America.

He then tells the story:

Liberty Counsel has been deeply engaged for more than a year in one of the most bizarre cases I have ever seen. It’s a frightening demonstration of how the radical sexual agenda is threatening our children and any teacher or parent who dares to stand for godly values. In the Pasco County (Florida) public schools, a male middle-school teacher was asked to supervise a gender-confused girl who had been given full access to disrobe and even shower in the boy’s locker room.

Administrators tried to force the male teacher to directly supervise and observe the girl — who is called a “transgendered” boy — while she was showering naked in the boys’ open shower. He refused. According to the teacher, the school district lawyer warned him: “You know this might cost you your job. Your teacher certificate might be taken from you, to where you can no longer teach.” The girl has since moved to another school. While at the Pasco County school, she remained free to enter the boys’ locker room and the boys’ showers at any time, while the teacher faced ridicule and possible discipline.

The last example of trans insanity makes it clear that the militants have absolutely and utterly lost their minds. It is now clear that the trans zealots have all been lobotomised:

The left-leaning American Civil Liberties Union (ACLU) is demanding that tampons be provided in men’s public restrooms, ostensibly to prevent discrimination against “every person who menstruates.” In a statement released on Tuesday, the ACLU called for eliminating sales tax on feminine hygiene products and declared, “While free menstrual products are not uniformly provided in women’s restrooms, they are almost never available in men’s restrooms, even for pay.” The group suggested that men are able to menstruate, arguing that it is not a “full or accurate portrayal” to affirm the fact that only women “menstruate, get pregnant, or breastfeed.” www.lifesitenews.com/news/far-left-legal-foundation-demands-tampons-in-mens-bathrooms-for-menstrual-justice

We now live in a world turned upside down. Evil is celebrated, good is punished, and madness is promoted. How much longer the West can carry on like this is a good question. I am not sure if I want to know the answer.