I need to keep saying why I believe what I believe:

While there are different forms of sectarianism out there, I am here focusing on that found in the Christian camp. One definition of sectarianism is this: “excessive attachment to a particular sect or party, especially in religion.” This certainly shows up between Catholics, Orthodox believers, and Protestants. I have written about these matters before, but they keep resurfacing so it seems I need to keep addressing them. Let me start by offering my overall take on things: 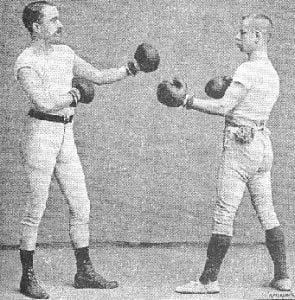 In its simplest formulation, everyone is a Christian who does at least two things: believes in the fundamentals of the faith as found in things like the Apostles’ Creed and the Nicene Creed, and who has a living relationship with God through Christ, based on faith and forgiveness.

There are theological parameters to the Christian faith, and if you are unwilling to subscribe to the basics, such as the deity of Christ and the Trinity, then you put yourself outside of biblical Christianity. This is what C. S. Lewis referred to as “Mere Christianity.”

But to be a Christian is not just to believe certain things. It is to be certain things as well. Satan believes, yet he is the devil still. We must have a life that is marked by a personal encounter with Jesus Christ. That entails turning from sin and self to Christ. By means of faith and repentance, and based on the finished work of Christ at Calvary, sinners can come to new life and be restored to a right relationship with God.

If this is basically correct (and yes, some folks will disagree even on these matters), then it is obvious that at least some Catholics, Orthodox believers, and Protestants are Christians. I write all this because I routinely find myself embroiled in sectarian battles.

I really do try to avoid them however. Among other things, there are plenty of places (websites and the like) where these fights take place. I do not wish to rehash all these matters on my own website or on my social media pages. Thus I keep asking folks to take it elsewhere, but too many people totally ignore my polite pleas, refuse to show me a modicum of Christian grace and respect, and keep arguing anyway.

None of us have all the truth, all of us see through a glass darkly, and we all are on a theological journey to some extent. Some things I used to dogmatically cling to – admittedly, secondary doctrines – I no longer hold to. We all are hopefully growing in maturity in our understanding of biblical truth. I do not mean by this that we should be abandoning the basics, but having a somewhat more gracious view of things when and where possible.

I say all this because of yet more sectarian encounters I have been involved in. And they can come from all sides. Some Prots hate it when I cut any slack at all to Catholics. Some Caths hate it when I affirm my Protestant beliefs. As to why I am not a Catholic, see my earlier piece: billmuehlenberg.com/2017/06/17/defence-protestantism-response-catholic-friends/

One case of this occurred recently when I shared a video testimony of a friend on the social media. He was wondrously released from homosexuality by a powerful encounter with Jesus Christ. His is an amazing testimony of God’s grace. Yet because he referred to being a Catholic in the video, this got some of my Prot friends all rather upset. As I replied to some of them:

I know this guy, and his love and commitment to Christ is unquestioned. Of course we have some theological differences. But my point in sharing this is to let people know of the amazing transforming power of Jesus Christ. His is a great testimony of a homosexual being set free by Christ. That is something we all can and should appreciate and celebrate. As I have said so often here, those Caths who want to bash Prots can do it elsewhere. And those Prots who want to bash Caths can do it elsewhere. I trust people will respect my wishes in this thanks.

As usual, that plea fell on some deaf ears. Some folks wanted to keep arguing, and I ended up losing a few more friends as a result. I get despondent at such times, and usually just simply pray and cry out to God. But it cuts both ways of course.

I can also get Caths who are dead set certain about their own faith, who are happy to tell Prots that we do not measure up. That too happens quite often. A recent example involved one telling me why he was not interested in my latest list of recommended books.

Of course since I am an evangelical Protestant, most of the books I read and recommend are by Protestants – but certainly not all. I have plenty of books that I read and recommend by Catholics and Orthodox believers. I don’t expect all Caths to always relish my recommended reading – although many of them do enjoy my lists.

This fellow went on to say that ‘the Church is the bride of Christ, Jesus can have but one spouse, and his spouse is the Catholic Church.’ My response would be this: Yes, Jesus has one spouse. Yes, the church is the bride of Christ. No, that bride is not just the Roman Catholic Church. This is one area where we of course have some big differences.

And the implication is this: if there is only one true church, then the only true Christian is one who is part of that church. Presumably that leaves the rest of us non-Catholics heading to a lost eternity. That is certainly how I understood his remarks – although when another Prot mentioned this, he later said that this was not what he had in mind.

But of course for a long time the Roman Catholic Church did teach that there is no salvation outside of the church. Yes, at the Second Vatican Council they spoke of us as “separated brethren” (although that phrase had been used prior to 1962-1965). So while official church teaching may now be a bit more open, there would sadly be many Catholics who still believe someone like me is not really a Christian.

It is not my intention to get into more arguments about all this here. It is simply to point out that sectarian debates will always be with us. Yes, the matters are important, and the theological disputes are certainly significant. It is just that as I keep saying, I try not to spend all my time on such debates, as so many other places already exist that do this full time. So folks are encouraged to go there if they are keen to keep the warfare going.

As I have said a trillion times now, sound doctrine is vitally important. But so too is Christian love and grace. Trying to keep all these together in biblical balance is always a work in progress for most of us. My bottom line, as I already said, is this: I will be in heaven, but so too will some Catholics, some Orthodox believers, and some other Protestants.

How many of each only God knows, and time will tell. Another thing I can fully count on is this: when I do stand before my Lord, I will discover all the wrong doctrinal teachings I held to, all the faulty theological understandings I had, and all the incorrect biblical beliefs I had clung to.

I will then marvel all the more at God’s matchless grace. Despite all my misunderstandings and imperfect beliefs, he still was willing to take me into his holy heaven. Of course I credit that all to his incredible grace. Right belief and right practice are crucial. However, what will ultimately get me through the pearly gates is not me having it all together in creed or conduct, but the overwhelming grace of God.

But for all those folks who are feeling rather peeved right now, I suggest you take your angst and anger elsewhere thanks. I am not going to allow WWIII to break out here again!

16 Replies to “On Religious Sectarianism, Once Again”