Press Release, Rome, 30 January 62 AD, from the Apostle Paul and his colleagues

We as the disciples of Christ, alongside the apostles in Jerusalem, apologise and take responsibility for releasing statements recently which we acknowledge have jeopardised trust. We are very sorry and recognise the division and hurt this has caused. 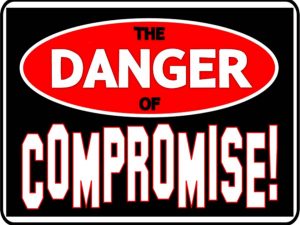 Specifically, we apologise for all the damage that was caused when we said things such as: the sexually immoral, adulterers, and homosexuals will not enter the kingdom of heaven (1 Corinthians 6:9-11); sexual immorality, impurity, and sensuality are works of the flesh (Galatians 5:19); and, abstaining from sexual immorality is the will of God (1 Thessalonians 4:3).

With hindsight we now see that we were being intolerant and judgmental in those and similar remarks, and we apologise for them. We were wrong to make such hurtful remarks about human sexuality. We have caused so much pain to so many by being so wedded to words that we now understand are simply human in origin, and not divine.

And we now realise (thanks to all your feedback), that we were quite wrong to take literally the words of Jesus as well when he spoke of human sexuality in the context of one man and one woman marriage (Matthew 19:3-6). We know now that he was quite mistaken in his views, and we are certain that he too would recant from such fundamentalist and archaic views if he were now here with us.

We will be taking back all those harsh and unloving statements, and we will strive from now on to show real acceptance, inclusion and diversity. To any adulterers, fornicators, homosexuals, polygamists and anyone else who may have been offended, we offer our sincerest apologies, and promise to never do it again. Our aim from this day forward will be to only build bridges, and not to be narrow-minded bigots and Bible-bashers.

Um, as far as I can tell, Paul never said any of that. But sadly, some contemporary Christian leaders have said exactly those things – or very close to it. Let me explain. Just recently a rather surprising statement on biblical sexual morality was released in the UK.

Called “Civil Partnerships–for same sex and opposite sex couples. A pastoral statement from the House of Bishops of the Church of England,” it was a pretty good overview of what Scripture teaches about human sexuality. It offers 35 succinct paragraphs, and its concluding one says this:

With opposite sex civil partnerships, and with those for same sex couples, the Church’s teaching on sexual ethics remains unchanged. For Christians, marriage–that is the lifelong union between a man and a woman, contracted with the making of vows –remains the proper context for sexual activity. In its approach to civil partnerships the Church seeks to uphold that standard, to affirm the value of committed, sexually abstinent friendships and to minister sensitively and pastorally to those Christians who conscientiously decide to order their lives differently.

But as we should have expected, this did not last very long. Indeed, all the usual suspects made a massive stink: homosexual activists, secular lefties, and liberal churchmen. As a result of this backlash, just a week after the pastoral statement was released, we had this from the Anglican Archbishop of Canterbury, Dr. Justin Welby, and the Anglican Archbishop of York, Dr. John Sentamu:

We as Archbishops, alongside the bishops of the Church of England, apologise and take responsibility for releasing a statement last week which we acknowledge has jeopardised trust. We are very sorry and recognise the division and hurt this has caused.

At our meeting of the College of Bishops of the Church of England this week we continued our commitment to the Living in Love and Faith project which is about questions of human identity, sexuality and marriage. This process is intended to help us all to build bridges that will enable the difficult conversations that are necessary as, together, we discern the way forward for the Church of England. www.churchofengland.org/more/media-centre/news/statement-archbishop-justin-and-archbishop-sentamu-following-college-bishops

Oh, good grief. This is what they are in effect telling us: ‘Yes folks, we are so very sorry: so many homosexuals and adulterers and others who were so very happily living in sin were upset and offended by that pastoral statement, and we must apologise for that. We are sorry that those old fogies actually quoted the Bible and believed the Bible. They are such disgusting dinosaurs. We want nothing to do with them and we apologise. Please feel free to live any way you like. We think that is just peachy.’

Not everyone was happy with this irresponsible compromise and unbiblical nonsense. Consider the words of Andrea Williams:

It amazes me that I continue to be surprised by the Church of England. This week it is astonishing that the Archbishops have issued an apology for the pastoral statement issued by the House of Bishops last week. The pastoral statement merely reiterated church teaching that marriage is a lifelong commitment between a man and a woman and that sexual intercourse is reserved for marriage.

An apology should only be made when you have done something wrong. This apology does not regret anything that was said in the pastoral statement. It is therefore a non-apology. Of course, there are people who disagree with church teaching; there always have been. This is no reason for the Archbishops to apologise for church teaching.

We are left with the appearance that the Archbishops are sorry for the offence caused by proclaiming the doctrine of marriage! This is a ridiculous position for them to be in.

Marriage is a beautiful gift of God for the benefit of society and for the raising of families. It is the bishops’ job to discipline clergy who deliberately and openly promote and practise sex outside marriage. To instead apologise for jeopardising trust and the ‘hurt’ this caused is to fail to give broken people the liberating hope they need – found only in Jesus and his truth.

Marriage is not something to be apologised for, it is something to be celebrated and upheld by our Bishops. It is tragic that the Archbishops are apologising for clearly stating the doctrine of marriage. They should be clear and unashamed about what marriage is and how it is the best foundation for a vibrant and flourishing society. Marriage is good for men, women and children and exactly what the House of Bishops should be championing. christianconcern.com/ccpressreleases/andrea-williams-responds-to-archbishops-apology-for-marriage-statement/

Compromise, carnality and worldliness are now running riot in most of our churches. The very Bible that these frauds and apostates no longer believe in of course repeatedly warns against these very things. By way of concluding, a few quotes from A. W. Tozer are most fitting here:

“The church and the world have become so intertwined that it is hard to tell one from the other. The world has so affected the church’s moral standards that Christians say they believe in Christ and yet have never bothered to change their moral attitudes and standards at all.”

“Almost everything the Church is doing these days has been suggested to her by the world.”

“The church goes along with everything and stands against nothing – until she is convinced that it is the safe and popular thing to do; then she passes her courageous resolutions and issues her world-shaking manifestos – all in accord with the world’s newest venture – whatever it may be.”

“Modern Christians are too tolerant, too nice, too anxious to be popular and too quick to make excuses for sin in its many forms. God’s people should be willing to stand for God.”

“There was a day when the world followed the Church. She took the initiative; she was aggressive. But it has changed now, and we are down on our knees imitating the world. The Church is like a poor old withered hag, rather than the beautiful, full-blooded bride of the Lamb we are intended to be. That we should stand by the world’s highway and stretch our withered hand for a dime from the world is a disgrace.”