The loony left can’t get any worse – can it?

Sometimes you just gotta ask: have secular leftists gone completely mad, or are they just plain evil? Sadly, it seems that far too many of them are both. How else do you explain all the diabolically delusional stuff they keep running with?

All over the West we find whacky and wicked policies and proposals by these folks, but here I want to focus on the scene in America. There we have some major players running with all this, chief among them being the Democrats and their sycophantic supporters in the mainstream media. 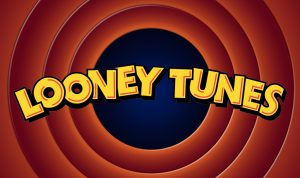 As I have written before, the Democrats are working overtime to position themselves as the most far-left political party around, even giving the Communist Party USA a good run for its money. Every day we hear about some new outrageous and idiotic proposal being made by one of the contenders for the Party’s nomination to run against Trump.

Most of these guys and gals are seeking to outdo one another in how bizarre and hyper-left they can go. Of course all of this is good news for the Republicans: they can just sit back and watch the Dems self-destruct with all this madness and recklessness. Their best campaign ads will be to just replay what these Dems have said.

Indeed, a few months ago I wrote a piece examining “the 7 most idiotic proposals made by Democrat contenders”. They are still being promoted: reparations, not just to blacks but to homosexuals; healthcare for illegal immigrants; trans abortion rights; free education for all; lower the voting age; abolish ICE; and felons should be able to vote in prison. billmuehlenberg.com/2019/08/03/the-7-most-idiotic-proposals-by-democrat-contenders/

More can be added, such as abolishing the electoral college and waiving all student loan debts. This Party really is like the state of California: a place full of fruits and nuts. But their madness keeps on coming. Let me look at just a few more of their lunatic proposals and pronouncements.

First we have this from one of the front runners, Joe Biden. He has said that ‘transgender equality is the civil rights issue of our time’. Oh really? A civil rights issue? And the most important one? When mixed up children are being messed up by adults with activist agendas, the real issue is how to stop this child abuse, not to further enable it.

Thankfully many other folks were also appalled at Biden’s foolishness. Consider the words of ex-transgender James Shupe, America’s first legally “non-binary” person. I have written up his story elsewhere: billmuehlenberg.com/2019/09/23/the-new-invisible-people-those-with-trans-regret/

He tweeted this about the impact of Biden’s proposal: “Men in women’s bathrooms with little girls. Males winning 1st place in female sports. Males in women’s homeless shelters. Male predators being placed in female prisons based on ‘feelings’ of being a woman. And Biden calls it the civil rights issue of our time. Women do you agree?”

And children’s rights activist Katy Faust said this: “Let’s be clear, children’s rights to their mother & father is the civil rights issue of our time. Failing to defend this basic human right [equals] commodifying children & giving them to any adult with the money/means to acquire them. Didn’t we fight a Civil War to end that practice?” www.lifesitenews.com/news/joe-biden-transgender-equality-is-the-civil-rights-issue-of-our-time

Exhibit B is yet another bizarre remark made by Elizabeth ‘Pocahontas’ Warren. She too has hopped on board the trans train. She recently said that she wants a young trans person to interview and approve her Education Secretary pick. I kid you not. She said:

Good grief. Of course this is the same person who vowed that if she is elected president she will fill out at least half of her Cabinet with “women and nonbinary people.” What will she say next: that only trans people should be allowed to vote or hold office? Why doesn’t Warren simply ‘transition’ herself? That way if she does go on to win the top job we will have our first trans Commander in Chief.

My last example has to do with more lamestream media madness, and CNN of course leads the way in this. Consider a recent headline found on their site: “Coronavirus task force another example of Trump administration’s lack of diversity”. Yes they really said that. edition.cnn.com/2020/01/30/politics/donald-trump-coronavirus-diversity-obama/index.html

Wow. These guys have allowed Trump Derangement Syndrome to turn their minds into mush. Forget about qualified medical personnel with years if not decades of training and experience to deal with this potentially catastrophic virus. Let’s be PC instead, and get in more women or more non-Whites or more non-binary types – in the interests of diversity. Forget about the interests of health and safety of the American people.

As Victorian conservative politician Bernie Finn put it in a social media post: “This is an outrage! How dare President Trump seek the advice of doctors and professors of medicine instead of barmaids, school kids and lesbian socialists with two-legged cats? CNN really is the pits!”

Indeed, this is so utterly outrageous that the famous satire site The Babylon Bee did an entire piece on it. The article, entitled “CNN Condemns D-Day Soldiers For Lack Of Diversity,” begins this way:

Everyone was really happy that the Allied forces stopped Hitler. Everyone, that is, except CNN, who published a retrospective on the war this week, zeroing in on the real issue of Operation Overlord: no gay female trans POCs in any of the units. While most people were really grateful that Hitler was defeated, despite the U.S. military’s wider segregation issues at the time, most people are not as woke as CNN, who condemned the entire operation as racist and xenophobic. “Ugh, look at all these cisgendered males,” the CNN opinion piece read. “At some point, you have to ask yourself which is worse: living under Hitler’s regime or getting rescued by straight, white males.” babylonbee.com/news/cnn-criticizes-d-day-soldiers-for-lack-of-diversity

As I said, these guys are either absolutely nuts or absolutely evil – or both. Heaven help America – and the world – if these politicians and their media cronies further consolidate their hold on power.

12 Replies to “The Lunatic Left On Full Display”