This is another passage that has so often been misused and abused:

It is the second part of this verse that I wish to discuss here. The verse says this: “The spiritual person judges all things, but is himself to be judged by no one.” Sadly throughout church history that latter part of the passage has been misused and abused way too often.

Indeed, it has just happened to me recently. Someone pulled this text on me, with the implication being that ‘spiritual people’ – whatever that means – are above being judged by anyone. It is as if they have obtained perfect knowledge and understanding, so that they have no need of anyone else telling them anything or offering them any counsel or guidance or correction. 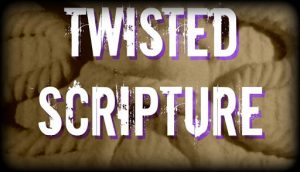 That is clearly NOT what the verse is saying. Indeed, one of the most basic principles of biblical interpretation is to compare scripture with scripture. Simply being aware of what other parts of Scripture have to say on this matter makes it clear that this cannot be what Paul had in mind.

Indeed, another major principle of biblical hermeneutics is that every text has a context, and each passage must be read and understood within that context, and not ripped out of it. Reading 1 Corinthians 2 makes it clear just what Paul is getting at. He is contrasting the Christian with the non-Christian: the former has the Spirit of God while the latter does not.

The whole chapter should be considered here, but let me simply feature verses 10-16:

These things God has revealed to us through the Spirit. For the Spirit searches everything, even the depths of God. For who knows a person’s thoughts except the spirit of that person, which is in him? So also no one comprehends the thoughts of God except the Spirit of God. Now we have received not the spirit of the world, but the Spirit who is from God, that we might understand the things freely given us by God. And we impart this in words not taught by human wisdom but taught by the Spirit, interpreting spiritual truths to those who are spiritual. The natural person does not accept the things of the Spirit of God, for they are folly to him, and he is not able to understand them because they are spiritually discerned. The spiritual person judges all things, but is himself to be judged by no one. “For who has understood the mind of the Lord so as to instruct him?” But we have the mind of Christ.

So the point Paul is trying to make here is that God’s truths are ultimately spiritually discerned, and one needs the Spirit of God to properly understand and appropriate them. The non-Christian of course does not have God’s Spirit, so he does not have genuine, saving knowledge of the gospel.

And Paul is not saying that the Christian is above any assessment, criticism, correction, or judgment by other Christians. If that was the case. then the Bereans would not have been called “noble” (see Acts 17:10-11). They checked out daily what Paul had to say. They knew that no-one, not even the founding apostles, were above criticism and careful assessment.

Only a clear lack of humility would lead us to believe that we have no need of the advice, counsel and correction of other Christians. None of us are perfect, we all have blind spots, and God has put us in a body of believers for mutual edification, correction and growth in Christ.

Thus the point of this verse is pretty clear: Paul is NOT saying that no Christian can judge him, or someone who is spiritual. He IS saying that the Christian who has the Spirit will not be overly bothered by the assessments and judgments of non-Christians who do not have the Spirit.

Let me conclude by offering the thoughts of a few commentators on this passage. In his recent commentary Thomas Schreiner says this about the passage:

Unbelievers cannot grasp the truths from the Spirit since they are ‘evaluated’ (anakrinetai) spiritually, but ‘the spiritual person … can evaluate [anakrinei] everything (CSB). . . . In context [Paul] “means that believers can assess and discern spiritual matters. They understand what true wisdom is, especially as it is centred on Christ crucified and risen. Paul proceeds to say that the person of the Spirit, the believer, ‘cannot be evaluated [anakrinetai] by anyone’ (CSB). Paul is not claiming that believers are above criticism, as if they can act any way they wish in the presence of unbelievers. The NIV expresses the meaning well: the believer is not subject to merely human judgments. Since unbelievers do not understand the things of the Spirit, they cannot comprehend the fundamental reality present in the lives of believers. The ultimate commitment which animates believers is a mystery to unbelievers since the latter lack the Holy Spirit.

In his somewhat older but classic commentary Gordon Fee says much the same:

The person lacking the Spirit cannot discern what God is doing; the one with the Spirit is able to do so because of the Spirit; therefore, the one without the Spirit cannot “examine,” or “make judgments” on, the person with the Spirit. In its first instance this simply means that the person who belongs to this age is not in a position to judge as “foolish” the person who belongs to the age to come. As someone said, “The profane person cannot understand holiness; but the holy person can well understand the depths of evil.” Those whose lives are invaded by the Spirit of God can discern all things, including those without the Spirit; but the inverse is not possible. Here is another sentence that, taken out of its context, has suffered much in the church. There are always some who consider themselves full of the Spirit in such a way as to be beyond discipline or the counsel of others. Such a reading of the text is an unfortunate travesty, since these people are usually among those most needing such discipline.

Verse 15 too is susceptible to severe misunderstanding. Even in this same letter, Paul will elsewhere command believers to judge the flagrantly disobedient in their midst (5:3-5), to evaluate those who claim to bring words from the Lord (14:29), and to examine themselves to see if they are behaving appropriately enough to take the Lord’s Supper (11:27-32). Here, therefore, he is thinking primarily of being unjustly evaluated by non-Christians (or by Christians employing worldly standards), who have no authority to criticize believers for their misbehavior, since they themselves do not accept the standards they employ in making their judgments. Christians, on the other hand, may legitimately evaluate the truth or error of non-Christian beliefs and behavior, although their primary concern should be to keep their own house in order (5:12-13).

Other quotes in a similar vein could be offered here, but these should suffice. In sum, no Christian is above assessment, judgement, criticism or correction. No Christian is so spiritual that he is beyond critical evaluation. That is not what 1 Cor. 2:15b is teaching.