The corona crisis is revealing what sort of faith we have – if any:

The COVID-19 crisis sure has this going for it: it is separating the fakes from those who are the real deal. It is demonstrating pretty clearly who have made Christ their rock, and those who have just gone through the motions. This sifting is one good result of this virus. 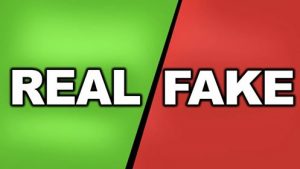 The truth is, we have had it pretty easy in the West for a good three quarters of a century now. After WWII, we have had ever increasing prosperity and comfort. Wars still occurred, but they were foreign wars: the Cold War, the Korean War, the Vietnam war, etc.

We have been basically living the good life for quite a while now, and we are not used to hardship, deprivation and suffering. So being in a lockdown for some days now seems like the end of the world. But recall that the great depression stretched out for a decade, followed by the Second World War. Our parents basically knew around 15 years of extreme crisis and all that went with it.

But we now think it is the end of the world if our smart phone battery dies, or if we have to wait in line more than three minutes to get our cheeseburger. So we really are a spoiled bunch in so many ways. And the sad reality is this: in times of ease and comfort, we do not need to have much faith. It is only as things really get tough that we start to see the need for faith.

And we also start to see who really has a strong and vibrant faith and who does not. With all this in mind I figured that ‘The Doctor’ might have some worthwhile things to say on this. The great preacher Martyn Lloyd-Jones ministered during the dark decades of last century, so he often had to comfort his people in very difficult times.

Thus many of his books and sermons reflect on the need for vibrant faith in times of crisis. For example, in 2007 a collection of his sermons from 1941-1950 appeared called The Christian in an Age of Terror. In 1953 he released a short set of sermons on the book of Habakkuk entitled From Fear to Faith: Rejoicing in the Lord in Turbulent Times.

Another thin volume first appeared in 1939, at the outset of WWII. Different editions of this have different titles, such as Why Does God Allow Suffering? or Why Does God Allow War? The second chapter is called “Facing the unexpected”. Of interest, the passage he bases the chapter on was a part of my normal Scripture reading that day: Judges 13;22-23.

It says this: “And Manoah said to his wife, ‘We shall surely die, for we have seen God.’ But his wife said to him, ‘If the Lord had meant to kill us, he would not have accepted a burnt offering and a grain offering at our hands, or shown us all these things, or now announced to us such things as these’.”

These two were the parents of Samson, and an angel of the Lord had just appeared to them. They both had the same set of circumstances, but the reactions of each were quite different. Manoah’s wife had more faith and spiritual insight than he did.

Lloyd-Jones says this: “The real meaning of the word ‘crisis’ is judgment, and thus it comes to pass that any crisis through which we may be passing becomes incidentally a time of testing for us. . . . For one thing, it shows exactly and precisely what kind of person we really are.”

He goes on to say that in normal times, we are all pretty good at putting on a show, of making an impression on others of how together we are, and how spiritual we are. We all can be good actors, but a time of crisis strips away the façade and the charades, and shows us the real you.

A crisis demonstrates not only who we are, but what we really believe. It shows quite clearly the sort of faith we have – or the lack thereof. “The testing conditions in which Manoah and his wife found themselves revealed at once the nature and, therefore, the precise value of their profession of religion.”

He notes that the mere professor of faith, as opposed to the possessor of faith, will end up responding just like any pagan in a time of crisis. He continues:

There is nothing which is quite so sad and so tragic in the life and experience of a minister as to find people of this type whose religion does not seem to give them anything, or be of the slightest value to them face to face with the greatest needs and crises of life such as illness, bereavement and sorrow, disaster or threatened calamity, or a war. They had appeared to be such excellent examples of religious people. . . . And yet, when their religion was put to the test and was needed most of all, it suddenly seemed to mean nothing and to be quite useless. Have you not known such people?

He goes on to talk about those whose interest in religion is merely intellectual. It

has been their main intellectual hobby. They have read and reasoned and debated and argued about it. They are interested in it as a view of life, interested in its various propositions and positions. But all the time, their interest has been purely objective. Religion was something to talk about and to argue about, something which a man could take up and put down. It had never become a part of their inner actual experience. It had never become a part of them and of their lives. It had played no experimental and vital part in their existence. They seemed to know all about it. But here again, in the crisis, all the knowledge and the interest seem to be useless and valueless.

He offers John Wesley as a classic example of this. In a sense he

knew all about religion, but while crossing the Atlantic, and in a terrible storm which seemed to be leading to certain death, he felt that he had nothing. He was afraid to die and was afraid of everything. And what struck him was the contrast presented by the Moravian Brethren who were in the same ship. They were in comparison to Wesley ignorant men, but their religion meant something real and vital to them. It held them in the storm, and gave them peace and calmness, and indeed joy, even face to face with death. Wesley’s religion appeared to be excellent. He gave all his goods to the poor, he preached in prisons, and he had crossed the Atlantic to preach to pagans in Georgia. He was a man of immense knowledge of things religious. And yet the trial revealed to him and others the nature of his religion, and showed it to be worthless. A time of crisis, then, tests us and our religion, even as it tested Manoah and his wife.

COVID-19 is our current storm in the Atlantic. It is the latest major crisis that God is using to test our faith. Are you passing the test? Is your genuine faith shining through in these turbulent times, or is your fake faith being exposed for all the world to see?

We dare not waste the opportunities God is giving us here. He is testing all of those who claim to know him. He is revealing our hearts, revealing our faith, and revealing our religion. He is doing a sifting work here, separating the genuine disciple of Christ from the fake ones.

We need to let God test us, prune us, and save us from ourselves. We need to let God do his work in our lives. And for this we can actually thank him for allowing this severe testing time to take place. It may well pass eventually, but we must allow God to do his soul surgery in all of us while it continues.

8 Replies to “Faith in a Time of Crisis”