These shocking stories should send shivers up your spines:

Any student of history understands that often the greatest evils that have been committed have been done by those claiming to have the best of intentions. “This is for your good” these rulers will intone. They think they are doing their people a favour as they literally get away with murder.

So the state must always be held to account, and it must be watched carefully. With all this in mind, I have been sharing some wise words by C. S. Lewis a number of times lately, and it seems that they are still worth running with. Way back in 1949 he wrote this:

Of all tyrannies, a tyranny sincerely exercised for the good of its victims may be the most oppressive. It would be better to live under robber barons than under omnipotent moral busybodies. The robber baron’s cruelty may sometimes sleep, his cupidity may at some point be satiated; but those who torment us for our own good will torment us without end for they do so with the approval of their own conscience. 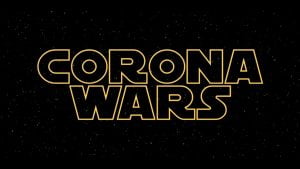 With the corona crisis we are seeing far too many examples of statist overkill. And some of the things they are doing or proposing may in themselves seem sensible, even necessary, to slow the spread of a virus. But can the cure too easily become worse than the disease?

Let me look at one such proposal now being seriously considered in Australia, and then look at some actual cases of statist heavy-handedness. You may have heard of government plans to have phone apps to monitor our movements, in a bid to check the flow of corona. As one report says:

The battle against coronavirus is going hi-tech, with Australians to be asked to download a phone app that will monitor their movements — but only with their express permission. The Federal Government believes restrictions on the community could be eased in the months ahead if there’s more testing, greater surveillance of those infected by the coronavirus and much faster tracing of those they’ve had contact with.

It is developing a mobile phone app with the private sector to help monitor Australians’ daily interactions. The ABC understands the app will be ready in a fortnight but the Government believes it would need at least 40 per cent of Australians to voluntarily sign up for it to be effective. The app would be opt-in only and not mandatory. www.abc.net.au/news/2020-04-14/coronavirus-app-government-wants-australians-to-download/12148210

Hmm, yeah right. Another thing all good students of history know is that often what starts out as an optional, voluntary government policy quickly becomes a mandatory one. Or if it does not become mandatory, it ends up with the same result. The government can very easily say, “Either you agree to this program or policy or you will not be allowed basic goods and services.”

As I wrote elsewhere recently, we can see this in such things as possible mandatory vaccinations and the like, which many folks for various reasons may not be too keen about. Refusing to avail themselves of such things already means various government clampdowns. See here: billmuehlenberg.com/2020/04/13/healthcare-the-state-and-liberty/

While a measure like this may be of use in dealing with COVID-19, there are many obvious problems here, not least of which are various privacy concerns, and the very real possibility that such means now used for good can easily end up being used for evil.

As my friend Mark Rabich said about this: “How about no? The simple rule of thumb for any new government power – in this case, to track your movements – is to imagine it in the hands of your worst enemy. NOW ask yourself if you still want that power created.”

Indeed, hardcore invasive surveillance measures like this are exactly the sort of thing we now see a nation like Communist China happy to make use of. The dictators there are of course keeping a very close eye on everyone and what they are doing. They can use devices like this to reward those who are being “good” and punish those who are being “bad”.

Others have already shared their grave concerns about this app. Monica Wilkie has asked some hard questions about it. For example, “if the app is useless unless 40 per cent of the population are on board, might the government consider making the app mandatory?”

But that is not the main concern. The real challenge will be ensuring this information is not misused – a seemingly futile task especially given governments’ history with handling citizens’ information. When Canberra introduced metadata laws a few years ago, we were told they would only be used to find terrorists. But greedy councils were soon demanding access so they could catch litterbugs.

Facial recognition tool Clearview AI was allegedly misused by members of Australian police departments. This information is only known because Clearview’s data was breached. A breach of the government’s proposed tracking app is absolutely possible — cyber-attacks have already increased during this crisis. Once we upload our data, we have relinquished control of it, and have no say over how it is used or misused. Using personal data to track COVID-19 cases has already led to public shaming….

So far, our governments have proved they are willing to flatten our civil liberties along with the curve. We must only leave the house now if we meet one of a pre-approved list of valid reasons. . . . Minimising the suffering and death from coronavirus is a goal we all share. But we must ensure our approach is balanced and measured. Some remedies have terrible side effects. A side effect of eradicating coronavirus could be the death of all our liberties. www.spectator.com.au/2020/04/tracking-a-pandemic-an-unacceptable-invasion-of-privacy/

Yep. And consider eight very ominous things that have recently happened in North America. A number of them, as can be seen, directly involve Christians. Let me just very briefly look at each:

A Canadian Liberal politician who wants a law that would punish anyone spreading “misinformation” about the coronavirus online has the backing of a politician who said “extraordinary times require extraordinary measures.”  Canadian Privy Council president Dominic LeBlanc was quoted in a CBC report as saying he is interested in drafting legislation that would make it a criminal offense in Canada to “spread misinformation” regarding the coronavirus that could “harm people.” www.lifesitenews.com/news/trudeau-liberals-plan-laws-to-punish-citizens-who-spread-misinformation-about-covid-19

Hmm, why do I suspect that most of the pieces I have written on corona would be considered to be “misinformation” by this little dictator? And Facebook seems to want to do the same:

Facebook will begin to alert users after they’ve been exposed to misinformation about the coronavirus, the company announced Thursday, the latest in a series of actions to curtail the spread of wrong or misleading claims related to the pandemic. Users who have liked, commented on or otherwise reacted to coronavirus misinformation that Facebook has flagged and removed as “harmful” will be directed to a website debunking coronavirus myths from the World Health Organization. www.nbcnews.com/tech/tech-news/facebook-will-start-notifying-users-who-interact-coronavirus-misinformation-n1185146

Ha! The gospel according to WHO! Why am I not surprised FB would stoop this low? And then we had these cases of Statist overreach:

The McHenry County, Illinois, Health Department (MCHD) had refused to provide the names of all coronavirus (COVID-19) patients to police – but, on Friday, Judge Michael Chmiel ruled the MCHD must do so. The McHenry County state’s attorney’s office had sued MCHD to force it to begin supplying patients’ names to local law enforcement, prompting the judge’s ruling. www.lifesitenews.com/news/judge-orders-county-health-dept-to-give-police-names-of-all-covid-19-patients

We have more of the same here:

Michigan has already become a national lightning rod for the extent of its COVID-19 response measures, and now a judge has empowered police in one county to go even further by detaining people for simple suspicion that they’ve come down with the virus. First highlighted by radio host Steve Gruber, Kent County Chief Circuit Judge Mark Trusock’s April 6 order declares that any citizen deemed to be a “carrier and health threat” can be “involuntarily detained by a peace officer, transported to and detained in an Involuntary Isolation Facility selected by the Health Officer for observation, testing, and/or treatment.” www.lifesitenews.com/news/michigan-judge-authorizes-arresting-people-on-suspicion-of-covid-19-illness

Wow, now that really is scary. And Christians especially seem to be in the crosshairs of the Statists. Consider this worrying story about David Benham who was arrested for a peaceful protest at an abortion mill: www.falkirkcenter.com/2020/04/14/arrested-by-faith/

And take a look at this story:

Mendocino County in Northern California is restricting churches from streaming worship singing and the playing of wind instruments in online church services unless the worship originates from individual residences. The order issued by the Mendocino County Board of Supervisors states, “No singing or use of wind instruments, harmonicas, or other instruments that could spread COVID-19 through projected droplets shall be permitted unless the recording of the event is done at one’s residence, and involving only the members of one’s household or living unit, because of the increased risk of transmission of COVID-19.” www1.cbn.com/cbnnews/us/2020/april/california-county-threatens-to-jail-worship-teams-over-online-church-services

Another story along these lines is a real worry:

Hillsborough County Sheriff Chad Chronister, who arrested the pastor of The River at Tampa Bay Church for holding a church service that he approved three days earlier, recently released 164 criminal offenders stating it was “to protect our detention deputies, their families, the remainder of our inmate population, and ultimately, our community” in light of the Coronavirus issue. Sheriff Chronister’s bad decision has now resulted in the death of an innocent citizen who was murdered the day after the criminal was released. www.lifenews.com/2020/04/16/sheriff-arrests-pastor-for-holding-church-service-releases-criminal-who-murdered-someone-next-day/

Lastly, we have this about Doug Wilson’s church in Idaho:

On Friday, Google suspended Christ Church’s app from the Google Play store after accusing the pastors of a lack of sensitivity and/or capitalizing on the current coronavirus pandemic. The church received a notice from the platform, stating: “We don’t allow apps that lack reasonable sensitivity towards or capitalize on a natural disaster, atrocity, conflict, death, or other tragic event. Your app has been suspended and removed due to this policy issue,” the notice added. www.theamericanconservative.com/dreher/in-defense-of-douglas-wilson-google-deplatforming-christianity/

Hmm, getting the point yet? And these eight cases are only the tip of the iceberg. In so many places in the West the corona crisis has become a pretext for heavy-handed Statist over-reach. Freedoms are being stripped away, and Christians seem to be especially targeted here.

Enough is enough. Yes, we need genuine and reasonable government help in a time of crisis, but we do not need Big Brother further stomping his boot on our prostrate necks.

20 Replies to “Big Brother and the Corona Wars”