In a matter of hours a proposed voluntary government corona program seems to have become compulsory:

Well, that did not last very long. Just earlier today I posted a piece in which I looked at Australian government proposals to have a VOLUNTARY monitoring app for phones to track the spread of corona. As I said, while the proposal is meant to be an opt-in sort of affair, there is always the danger that it will become compulsory. As I wrote: 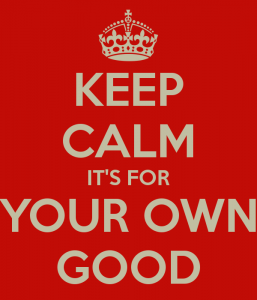 Another thing all good students of history know is that often what starts out as an optional, voluntary government policy quickly becomes a mandatory one. Or if it does not become mandatory, it ends up with the same result. The government can very easily say, “Either you agree to this program or policy or you will not be allowed basic goods and services.” billmuehlenberg.com/2020/04/17/big-brother-and-the-corona-wars/

But now all the headlines are talking about a mandatory rollout of this policy. As one news report puts it:

Mobile phone tracking software could be compulsory if not enough Australians voluntarily download the application to help in coronavirus case tracing. Prime Minister Scott Morrison says at least 40 per cent of the population needs to use the app to make it effective.

‘My preference is to give Australians a go at getting it right. That’s my plan A and I really want plan A to work,’ he told Triple M on Friday. Mr Morrison has likened using the tracing app to national service. ‘I know this would be something they might not normally do at an ordinary time but this is not an ordinary time. If you download this app you’ll be helping save someone’s life,’ he said. www.dailymail.co.uk/news/article-8228217/Scott-Morrison-hints-tracing-app-mandatory-Australians-exchange-lifting-lockdown.html

Hmm, from voluntary to a very good possibility of mandatory. How quickly and easily this occurred. It did not take much at all for this transition to transpire. Why am I not surprised? And all this because of a threat that may be nowhere near as bad as its remedy.

Once again, I urge you to look at the actual hard numbers to see if all these austere measures make sense. And please do not look at the wildly speculative projections, guestimates, and modelling. Deal with the real figures. Let me offer two sets of comparative figures.

Consider the actual numbers concerning the flu and corona in Australia right now. Last year over 900 Australians died from influenza. Yes, that was above the average, but it helps to put things in perspective. So far we have had 65 corona deaths (out of a population of 25.5 million) and all the relevant statistical curves are flat as a pancake. We do NOT lock down Australia each year because of the flu. See the figures here: www.immunisationcoalition.org.au/wp-content/uploads/2020/02/1-Barr-ASM-2020-presentation.pdf

Keep this in mind: this is deaths PER MILLION people. Thus in terms of actual percentages, there is no real difference at all between the two countries. Yet Sweden has not gone down the draconian path of total lockdown that the US has. Two quite different approaches to the crisis, but two rather similar outcomes in terms of deaths per million.

Once again, it is the hard numbers that matter here. Let me conclude by doing what I often do: urge us to learn from history. A cursory study of history will reveal that many dictators and tyrants came to power by dealing with – or promising to deal with – various emergencies and crises.

It could be a breakdown in law and order, real or perceived external threats, economic crises, or what have you, but the masses tended to support these leaders in their rise to power in the face of such threats. One expert who has examined these truths is worth appealing to here.

The Austrian-British philosopher and economist F. A. Hayek, in the third volume of his classic Law, Legislation and Liberty (University of Chicago Press, 1979) has a short section on “Emergency powers” (pp. 124-126). The first half of that is worth sharing here:

The basic principle of a free society, that the coercive powers of government are restricted to the enforcement of universal rules of just conduct, and cannot be used for the achievement of particular purposes, though essential to the normal working of such a society, may yet have to be temporarily suspended when the long-run preservation of that order is itself threatened. Though normally the individuals need be concerned only with their own concrete aims, and in pursuing them will best serve the common welfare, there may temporarily arise circumstances when the preservation of the over-all order becomes the overruling common purpose, and when in consequence the spontaneous order, on a local or national scale, must for a time be converted into an organization. When an external enemy threatens, when rebellion or lawless violence has broken out, or a natural catastrophe requires quick action by whatever means can be secured, powers of compulsory organization, which normally nobody possesses, must be granted to somebody. Like an animal in flight from mortal danger society may in such situations have to suspend temporarily even vital functions on which in the long run its existence depends if it is to escape destruction.

The conditions under which such emergency powers may be granted without creating the danger that they will be retained when the absolute necessity has passed are among the most difficult and important points a constitution must decide on. ‘Emergencies’ have always been the pretext on which the safeguards of individual liberty have been eroded – and once they are suspended it is not difficult for anyone who has assumed such emergency powers to see to it that the emergency will persist. Indeed if all needs felt by important groups that can be satisfied only by the exercise of dictatorial powers constitute an emergency, every situation is an emergency situation. It has been contended with some plausibility that whoever has the power to proclaim an emergency and on this ground to suspend any part of the constitution is the true sovereign. This would seem to be true enough if any person or body were able to arrogate to itself such emergency powers by declaring a state of emergency.

Let me highlight the key sentence from that second paragraph: “‘Emergencies’ have always been the pretext on which the safeguards of individual liberty have been eroded – and once they are suspended it is not difficult for anyone who has assumed such emergency powers to see to it that the emergency will persist.”

One can see how easy it is for any political leader to milk a crisis for all its worth. The temptation is always there, and that for the simple reason that power is so seductive and so corrupting. Even the best of leaders are not immune from the destructive virus of escalating power grabs.

If nothing else, one humorous meme making the rounds is worth running with here: “We are developing an app that will track politicians and alert civilians if they are at risk of coming in contact with one.” That might be a much more useful app than the current one being planned.