How far should the state go in seeking to eliminate risk?

Life is ALWAYS about trade-offs. When you hop on a skateboard to have a bit of fun, you risk falling off and hurting yourself. When you go to a restaurant – perhaps especially somewhere overseas – you take a risk of possibly getting food poisoning.

When you fly somewhere, there is always the risk of a plane crash. Nuclear power stations may be good at generating much-needed energy, but are they too risky? Having cameras all over the place in public areas can be good in monitoring criminal activities, but there is the risk that this can lead to a police state. 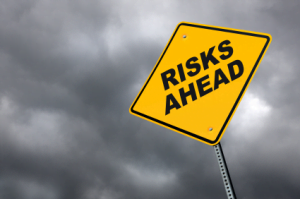 Life is like that. There are NO guarantees. Everything has its risks. So we speak about things like cost-benefit analysis. We try to weigh up the possible risks and costs of any given course of action to see if the benefits are worth it. Governments have to do this all the time. Should they go ahead with nuclear power plants or not? Should they stick with coal-fired generators? Should they put all their efforts into things like wind farms?

Life is risky. Every time I step outside I risk possible death: I might get hit by a truck; a tree might fall on me; I might get struck by lightning; someone might snuff me out in a drive-by shooting. Sure, some of these risks may be much less likely than others, but life IS risky. The question is, what risks are we willing to live with?

And bear in mind that risk assessment changes over time – partly as our knowledge increases. My dad was a housepainter and early on he almost always used lead-based paint. It was good paint because the lead sped up the drying process, it was durable, and so on. But after a while we learned about the dangers of toxicity in lead, so now you cannot easily buy it– not in the West at any rate.

The same with asbestos. It was once widely used in building materials because it added strength and was great as a fire retardant. But then later we learned about its negative cancer-causing properties, so it was banned from use in many countries.

Conditions can also change. When I was young I played outside, often a long way from home. We mostly kept our house doors unlocked, and no one then worried much about crimes like child abuse, home break-ins, and so on. Things have changed and the risks have gone up. So in my hometown – and elsewhere – parents now keep a much closer eye on their children, houses are locked, etc.

A wise person will seek to minimise risk – but within reason. If we banned all cars in Australia, guess what? We would then have zero car accidents and fatalities. But most people would say that the price is far too high to pay for this. So as always, we deal with trade-offs.

But there have always been some who seem to think that we must work to eliminate most, if not all, risk – no matter how costly this might be. Some governments seek to do this in various areas. And now with the corona crisis we see more of the same in play. Here we have the classic case of trade-offs due to various risks.

The cost and benefit assessment is obvious here: On the one hand, we want to keep people safe and keep the virus from spreading. But on the other hand we also do not want to utterly destroy the economy, shut down the nation, and effectively take away all of our freedoms. So some sort of balance is needed here.

I have written 40 articles on corona so far, and most of them have focused on this issue: How much government intervention is necessary, wise and helpful? How much is too much? How many liberties should we surrender, and for how long? When does the cure become worse than the disease?

I have always said that some infringements of individual liberties will be needed, and some strict state measures will be necessary – at least for a while. But I have also been sounding the alarm, warning about government overreach, statist overkill, overzealous policing, and far too many draconian measures being implemented.

Again, we are talking about risk, and weighing up options. So how do we decide which way to go? Nearly four decades ago an important book was written dealing with these matters in general. I refer to the 1983 volume by Mary Douglas and Aaron Wildavsky, Risk and Culture (University of California Press).

The authors discuss the issue of risk in the context of environmental protection versus technological development. But their discussion can just as readily be applied to the corona crisis. Let me simply quote their opening paragraph to see how it ties in here:

Can we know the risks we face, now or in the future? No, we cannot; but yes, we must act as if we do. Some dangers are unknown; others are known, but not by us because no one person can know everything. Most people cannot be aware of most dangers at most times. Hence, no one can calculate precisely the total risk to be faced. How, then, do people decide which risks to take and which to ignore? On what basis are certain dangers guarded against and others relegated to secondary status?

Many will say at this point that we simply must trust the experts. But of course, what happens when the experts get it wrong, or when they disagree amongst themselves? Then who do we believe? As I have been saying all along, we dare not stop asking hard questions. If we stop questioning and simply accept whatever our leaders tell us, we have gotten to a very bad place indeed.

One recent article suggests that the lockdowns we are experiencing in so many countries – including the UK – may not be worth the risk. Dr John A. Lee has been a doctor and a scientist his entire career, and he asks some hard questions here. He says this about how governments are dealing with COVID-19:

I think it is more important than ever to try and look at this issue in a clear way in order to make sure that we are really doing the right thing on the basis of the right ideas. And it isn’t clear to me at the moment that we are….

The figures are just so unreliable. It’s very difficult to understand when you are looking at figures from different countries, and figures in isolation about things like death, what they really mean. And obviously, if we can’t understand what the figures mean, it is quite difficult to then know what we should do about them….

These figures are then fed into models of the disease and the epidemic which are being used to influence and inform public policy. But those models are only as good as their input data and the assumptions they make. And there are so many unknowns which means the models’ outputs are really quite questionable. And given that we have now got ourselves into this situation, for a variety of reasons, getting ourselves out of it using the same models and predictions is even more questionable. So we are in a very difficult situation.

For example, we are currently in lockdown for two reasons. One is that the initial figures suggested that we were dealing with a very highly virulent disease. The World Health Organisation initially suggested that the case-fatality rate – the proportion of people diagnosed with the disease who die – would be 3.4 per cent. This is a very high number which would have caused a huge number of deaths. But as we have had gradually more and more data coming in, those percentages have been falling. In many examples, more complete data are now suggesting case-fatality rates of 0.4 per cent. My guess is that it will end up between 0.5 and 0.1 per cent, and probably nearer to the lower end of that. So if the disease isn’t as virulent as was originally thought, the number of deaths will be correspondingly lower.

The real point is that there isn’t any direct evidence that what we are doing is actually affecting the peak. It is possible to make arguments that sound reasonable that a lockdown should affect the peak. And yet other places which are doing different things seem to have similarly shaped graphs. It is only an assumption that the lockdown is having a big effect on the virus spread, but this is not a known scientific fact.

The very fact that the lockdown was put in place, despite the huge set of side effects, means that the government has to justify having done it. In a way, that actually makes it harder to come out of a lockdown. If it subsequently becomes apparent that the lockdown – or at least the severity of the lockdown (I do agree with temporary, limited social distancing for vulnerable groups) – was overdone, then the government is going to come in for criticism from that angle, too.

I think personally that we should aim to relax the lockdown faster than some commentators are suggesting. The government’s reticence to talk about this is based on modelling assumptions of numbers which we know are fraught with uncertainty. It is equally possible to make a case that relaxing the lockdown more quickly than is currently being suggested will have beneficial effects overall, even if the number of viral deaths ticks up again. Time will tell, but they are going to have to try to do the right thing soon, which means not prolonging this unnecessarily. www.spiked-online.com/2020/04/17/theres-no-direct-evidence-that-the-lockdowns-are-working/

There are such things as unnecessary risks, and governments can try to eliminate them, within reason. But the desire to eliminate all risk – and refusing to consider the negative side-effects of that – is not a helpful way to proceed. As I keep saying, our leaders need the wisdom of Solomon at a time like this.

Let’s hope they get it right. Otherwise we may all end up being much worse off.

14 Replies to “Corona and the Elimination of Risk”