And for something different, some insights into my life and the first book I wrote:

With all the gloom and doom about corona, and over three dozen articles so far on this site covering the issue, it might be time for a change of pace. So this article will speak nothing about viruses, death and lockdowns. It will instead be a bit about myself and about the very first book I wrote. It may not be everyone’s cup of tea, but it should get your minds off the current crisis for a few minutes at least.

I started an article a while back with the title, “Ten Things You May Not Have Known About Me.” I never finished it, mainly because I could not come up with ten things that folks might be interested in and would want to read about! Hmm, I guess I lead a pretty dull life! 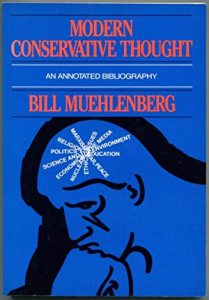 Last night, however, as I was reflecting on my three decades in Australia, one thing did occur to me that might – just might – be of interest to some. It has to do with a bit of my political and intellectual journey, and a book that most folks do not know I have written. So for those who might be interested, here is that story.

But when I did get saved, my interest in politics and social issues took quite a dive. In fact, for a decade or so I was basically pretty much apolitical. Reading theology and the like became my new interest, and I had little to do with the issues of the day.

But for various reasons that began to change in the early to mid-80s. At the time I was a missionary in Holland, and one or two friends got me interested in conservative magazines and periodicals such as National Review. With the Cold War still bubbling along big time back then, I became quite interested.

Other publications such as Commentary and the American Spectator became part of my steady reading diet. And of course getting books on politics, economics and social issues from a more or less conservative point of view consumed much of my budget.

All this was of course quite a different take on things than the leftist and Marxist ideology that I had been steeped in. So some 15 years after my conversion, I had had a real turn around when it came to my political views. And I have explained often now why it seems to me that conservatism is more in step with biblical Christianity than leftism. See here for example: www.billmuehlenberg.com/2010/08/24/what-is-conservatism/

After five years in Europe my Australian wife and I returned to America, where I finished my BA, this time at Wheaton College in Chicago. One day I invited a political science prof that I quite liked over to our place for a quick lunch. He glanced at my humble bookcases and said “You have good book sense” or words to that effect.

Yes, I have long thought that I am fairly adept at identifying good books, good authors, and good publishers. I can usually discern what are some of the better titles and writers on a given subject that I am interested in. As one indication of this interest, my website has many dozens of extensive bibliographies on various topics.

As an aside, while in Chicago for a year and Boston for two years doing my MA, I regularly scoured the second-hand bookstores. And I kept an eye out for cheapish but great titles for a few overseas friends. I must have bought and shipped over 100 books during that period. Hmm, I wish I had friends doing that for me!

So my library of conservative titles was growing apace, and by the time we moved permanently to Australia in 1989, I ended up getting a job for a while at the conservative think tank, the Institute of Public Affairs. Part of the reason I got the job was because I showed one of the leaders there a manuscript I was writing on conservative books.

The IPA agreed to publish it, so in 1990 Modern Conservative Thought: An Annotated Bibliography was released. It was a fairly unique book in many ways, and comprised paragraph-length descriptions of various conservative titles – 714 to be exact.

Those books are broken down into 11 main sections: Economics and Welfare; Marxism, Communism and East-West Relations; Liberation Theology; War, Peace and Nuclear Issues; Law, Legislation and Constitutionalism; Education; Religion and Politics; Sexual and Biomedical Ethics; Science and the Environment; the Media; and Miscellaneous and General.

The first two chapters, as might be expected, are the longest, with around 200 titles found in each. Consider just some of the authors featured in the first chapter: P. T. Bauer, Peter Berger, Milton Friedman, George Gilder, Friedrich Hayek, Henry Hazlitt, Charles Murray, Michael Novak, Murray Rothbard, Thomas Sowell, Ludwig von Mises, and Walter Williams, to name but a few.

As can be seen, I featured mainly more or less contemporary authors in my book. Some older classic works are of course featured, but mainly I have authors from the past century. With so many titles to choose from, I do list ten titles in an epilogue of what are some of the more important books to be aware of. Here is that list

Some of those books I have discussed in much more detail over the years, such as here: billmuehlenberg.com/2010/08/24/what-is-conservatism/

Now I fully understand that every time I write about books and the like, my readership plunges somewhat. And narrowing things down to only conservative titles may well lose a few more readers. But some of you will be interested in all of this nonetheless.

And for that small handful of folks who are interested, I can say this: I do have a few copies of the book left – around a dozen. I am not sure how many copies the IPA originally printed, but when I no longer worked there, and they moved to a new location, they seem to have disposed of the books (I was told ‘they fell off the back of the truck’!). So if anyone is really keen to get a copy, let me know, and we can work something out.

Well, there you have it: a bit more about my life – or parts of it. And a bit about my first published work. You better enjoy this article, because tomorrow I will likely again be writing about the ongoing gloomy topic of corona.