We learn important spiritual truths from the life of King Manasseh:

One of the biggest problems Yahweh had with the people of Israel was the sad reality that they preferred to listen to the false prophets instead of the true prophets of God. The false prophets kept telling the people that God would never judge them, so they could just relax. They promised peace and safety when destruction and devastation were coming.

The people thought they could get away with murder, and that God would not notice or care. How wrong they were. The historical narrative in the Old Testament makes this perfectly clear. Consider the fall of the northern kingdom Israel, and why judgment took place. As we read in 2 Kings 17:13-14:

The Lord warned Israel and Judah through all his prophets and seers: “Turn from your evil ways. Observe my commands and decrees, in accordance with the entire Law that I commanded your ancestors to obey and that I delivered to you through my servants the prophets.” But they would not listen and were as stiff-necked as their ancestors, who did not trust in the Lord their God. 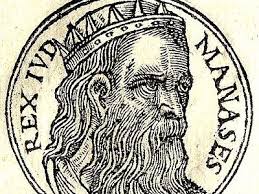 And consider one of the more horrific chapters in the history of Judah – the southern kingdom. In 2 Kings 21:1-18 we read all about Manasseh, the wicked King of Judah. I encourage you to read this portion of Scripture – it is a real shocker. Of course he was not the only evil ruler. All up there were 20 kings who ruled in Judah, and only around eight of them were good, godly kings. So most were ungodly and rebellious.

But Manasseh was especially bad. As we read in verses 1-9, he was bad news indeed. Here are a few snippets from those verses:

1-2 Manasseh was twelve years old when he became king, and he reigned in Jerusalem fifty-five years. His mother’s name was Hephzibah. 2 He did evil in the eyes of the Lord, following the detestable practices of the nations the Lord had driven out before the Israelites.

6 He sacrificed his own son in the fire, practiced divination, sought omens, and consulted mediums and spiritists. He did much evil in the eyes of the Lord, arousing his anger.

9  Manasseh led them astray, so that they did more evil than the nations the Lord had destroyed before the Israelites.

Wow, that guy was one horrible king. So God of course had to act. Verses 10-18 give us Yahweh’s thoughts as expressed through “his servants the prophets”. Consider verses 11-15:

Manasseh king of Judah has committed these detestable sins. He has done more evil than the Amorites who preceded him and has led Judah into sin with his idols. Therefore this is what the Lord, the God of Israel, says: I am going to bring such disaster on Jerusalem and Judah that the ears of everyone who hears of it will tingle. I will stretch out over Jerusalem the measuring line used against Samaria and the plumb line used against the house of Ahab. I will wipe out Jerusalem as one wipes a dish, wiping it and turning it upside down. I will forsake the remnant of my inheritance and give them into the hands of enemies. They will be looted and plundered by all their enemies; they have done evil in my eyes and have aroused my anger from the day their ancestors came out of Egypt until this day.

During Jehoiakim’s reign, Nebuchadnezzar king of Babylon invaded the land, and Jehoiakim became his vassal for three years. But then he turned against Nebuchadnezzar and rebelled. The Lord sent Babylonian, Aramean, Moabite and Ammonite raiders against him to destroy Judah, in accordance with the word of the Lord proclaimed by his servants the prophets. Surely these things happened to Judah according to the Lord’s command, in order to remove them from his presence because of the sins of Manasseh and all he had done, including the shedding of innocent blood. For he had filled Jerusalem with innocent blood, and the Lord was not willing to forgive.

So let me share some commentary on this king from various sources. First let me point out that Manasseh was the son of a good king, Hezekiah. But he certainly did not follow in his footsteps. As Philip Graham Ryken comments, “After the many good things that happened during the reign of King Hezekiah, we might have expected his son to make some positive contributions to the kingdom of Judah. But Manasseh turned out to be a royal disappointment.”

Dale Ralph Davis points out some significant details here: “Readers must make careful note of verse 2-7, the list of Manasseh’s perversions, because they form a direct contrast to 18:3-8, where the writer tabulated the reforms of Hezekiah’s reign. Hence, 21:2-7 reverses all of 18:3-8.”

And we should understand that it is not Manasseh alone who is being picked on here. Plenty of other evil kings litter the histories of the two kingdoms. But this story does give us a very important warning: a people or a nation can get to a point of no return. As Davis comments:

Rather, there’s been an ongoing tradition of evil in Israel ever since Yahweh redeemed them from slavery (v. 15). The whole ‘national’ history has been one long exercise in ‘aggravating’ Yahweh. Manasseh’s depravity simply put them ‘over the top’, as we say. Manasseh’s massive wickedness added to the nation’s cumulative apostasy puts Judah beyond hope of recovery. Because of Manasseh Judah had reached the point of no return. This is clearly the writer’s point in 23:26. This is a solemn matter: that iniquity can pass a point that places a nation, or an individual, beyond hope of recovery and makes judgment irreversible. That fact that we don’t know where that point is should sober us.

In this regard something I have often shared in the past is well worth running again with here. R. C. Sproul makes these comments on Romans 1:18-32:

However, there is one last thing worth noting here. The parallel account of Manasseh in 2 Chronicles 33 includes something that is not contained in the Kings account: his repentance. A full and detailed explanation of why these differences exist will have to be the stuff of another article. But as Paul House explains:

Oppression by Assyria initiates prayer and contrition on Manasseh’s part, which leads to release from his immediate problem and a removal of idols he has erected. These reforms are portrayed as limited and short-lived, however, so the results of his reign remain the same. His support of idolatry leads to corruption that Josiah will have to combat later, a point the Chronicler makes clear in the survey of Josiah’s life (cf. 2 Chr. 34:1-35:27). In both histories, then, Manasseh’s long period of rule is portrayed as an ultimately damaging era in Israel’s history at a moment when such leadership could not be afforded.

Or as Davis remarks:

Wonderful to hear of Manasseh’s wonderful conversion. But his new, personal relationship with Yahweh didn’t affect all that much. The disaster had been inflicted, the poison administered. Whatever change had come to Manasseh had no impact on [his son] Amon (vv. 20-21). Manasseh had already made his impression there. There may be a warning for us here. A healthy spiritual legacy seldom flows from a late and sudden conversion but from the practice of lifelong and attractive godliness.

Amen to that. The point remains: sin will not be allowed to go on forever. While we praise God that he is a God of grace, we also must take seriously the reality and evil of sin – in our own lives, and in nations as well.

9 Replies to “When God Must Judge His Own People”