Keep asking questions and keep looking at the numbers:

One of the many things that has puzzled me somewhat during this crisis is the number of people I had known to be fairly level-headed and rational, who did not buy into things like climate alarmism, but who seem to have fully gotten on board the corona alarmism bandwagon. It is as if their minds have gone a bit soggy and they are now running on fear and feelings.

Panics can do that, I guess. But I will continue to try to present the evidence as best I can ascertain it. I am not minimising the reality of the virus and the dangers it poses, but I also do not want to minimise the reality of how fear, panic and unquestioning subservience to the State can become so very dangerous and fatal as well. 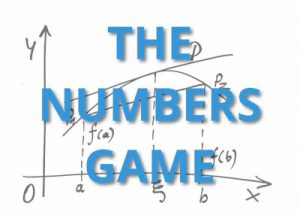 So let me keep running with some actual facts and figures here. If you don’t mind, let me mainly focus on the three places I have lived: America, Europe and Australia. So here then are some numbers and stats that we need to carefully consider in all this. I have taken them all from this site: www.worldometers.info/coronavirus/

Just hours ago new American job figures were released. The figure is just as alarming as any other we might offer: Some 30 million Americans have lost their jobs in the past 6-7 weeks due to draconian lockdown policies. Recall that 40,000 Americans committed suicide during the Great Depression. The cure is getting to be worse than the disease. We should care about all fatalities, not just those directly from the virus.

As I have been saying for months now, the ongoing shutdowns mean economic devastation, depression, suicide, poverty and so on – but too many corona alarmists don’t seem to care about that. They are much too one-dimensional: they insist that there must be no end to the lockdowns until we are all safe – which means we will never be out of lockdown.

Let me speak to this just a bit further. One guy recently sent me a comment saying that if folks want to venture outside and risk COVID-19 they can, but he was going to wait for a vaccine. Oh dear! This is how I replied:

Thanks ****, but it seems that perhaps you have not read this article very carefully, or my other 40+ pieces on this. Had you done so you would have noted the following points:
-There are of course plenty of medical experts who really do NOT think that COVID-19 is anywhere near as harmful or dangerous as some are making it out to be. Their voices deserve to be heard as well, and not just the alarmists.
-Many experts are now very clearly warning that the cure is already far worse than the disease.
-Deaths due to government lockdowns and the economic devastation it is causing are just as bad as corona deaths – and may well end up being far more numerous.
-If you want to “wait” for a vaccine, that is up to you, although many experts are saying that it could easily be two years or more before such a vaccine is found – if ever. If you want to stay locked up in your home all this time that is up to you. And you are very lucky indeed if you are wealthy enough to be able to afford that.
-Most ordinary folks, including myself, can NOT afford to stay locked up indefinitely. We actually have bills to pay, families to feed, mortgages to pay, etc. Again, if you can pull it off, good for you, but the vast majority of mankind will not sit by when they have no incomes, no way to feed themselves, and no way to care for their families. There is no economist worth his salt anywhere who believes an ongoing lockdown is sustainable. Millions will die of starvation, poverty, depression and suicide. I care about those people – we all should care.
-So with all due respect, I am glad you seem to have the luxury to be able to sit around for years on end if need be, for fear of catching something that may well be no more harmful than the common flu. But that is not the luxury most human beings have.
But thanks for sharing your thoughts here.

It is interesting to compare Sweden with its very relaxed approach to this crisis (basically voluntary social distancing with life going on pretty much as normal) with the draconian lockdown policies in America. While all countries are different with so many variables at play, making comparisons rather tenuous and risky at best, we nonetheless do have some hard numbers to run with:

Next, compare Sweden with some other European nations. All these other nations have also had rather strict lockdown policies in place. Let’s see how they are going in terms of just one important figure:

Again, in terms of actual percentages, the numbers are not radically different. But the point that I and others keep making is that draconian lockdown policies really seem to make little difference. Yes, we all can seek to run with sensible precautionary practices, such as social distancing, etc.

But we should be greatly concerned that entire nations are being shut down, economies destroyed, and lives lost due to other causes (suicide, etc) – especially given that the massive lockdown policies have basically been based on completely faulty assumptions and modelling.

And here are the actual numbers for Australia:

When this crisis passes, Australia may – at current rates – have had well under 10,000 cases of the virus, and perhaps 100 deaths. Time will tell. But if this is more or less how things will pan out, there will be at least two views on this:

The truth may never be fully known, but might lie somewhere between the two. However, as we seek to be wise about proper health and safety measures, we also need to be wise – very wise – about Statism and Big Brother in action.

As most of you should know, both these countries are island nations with similar-sized populations. Taiwan is of course very close indeed to mainland China (just 130 kilometres or 81 miles away). Consider these figures:

Australia with 25.5 million people and severe lockdown measures in place has had 93 deaths, or 4 deaths per million population.

Taiwan, with 24 million people and very relaxed measures in place has had 6 deaths, or 0.3 deaths per million population.

As I say, one can only go so far with international comparisons like this. But if that is true of me and the corona realists, then it is also true of the corona alarmists. They are happy to make such comparisons when it suits their purposes, so I will continue to offer a different look at the numbers.

These are not the only numbers that matter of course. Many other facts and figures deserve our attention. But since the alarmists and so much of the media are giving us only certain selected figures, I will keep running with some of these other figures – if for no other reason than to bring some much-needed balance to the discussion.

Oh, and one last number for what it is worth: this is my 48th article on corona. I suspect it will not be my last.

15 Replies to “Corona Facts and Realities”