Here are some helps as you read through the Old Testament book of Esther:

Having just reread the Old Testament book of Esther, I am again struck by its many unique features. It is the only book, along with Daniel, to be set entirely outside of the Promised Land. Unlike other Old Testament books, it speaks often of “the Jews” instead of simply “Israel”. And, like Ruth, it centres on a remarkable woman.

Speaking of the final point, David Strain says this in his commentary on both books: “The books of Ruth and Esther stand out among the great stories of human history for their pathos, high drama, honest humanity, good humor, and spiritual depths. Unique in biblical literature, these two accounts focus on the lives of two women – a fact that immediately propels them to a place of special relevance in our cultural moment.” 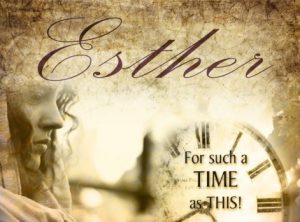 But I am also struck once again by how amazing it is that the book does not once mention God. However, he is found all throughout the book’s ten chapters. Indeed, this unique book is all about the divine care of God’s people. The providence of God shines throughout.

The setting is in Babylon (now under Persian rule), where a number of Jews had chosen to stay behind instead of returning with the other exiles back to Jerusalem. King Xerxes (Ahasuerus) rules in the city of Susa, in the Persian Empire. The amazing story told here informs us of God’s close and intimate awareness of, and participation in, the affairs of men.

This is the main theme of the book: the amazing providence of God. Matthew Henry says, “If the name of God is not here, His finger is.” Or as Gordon Fee and Douglas Stuart put it, “Although the book of Esther is known for the fact that God is never mentioned in the book (cf. Song of Songs), the author nevertheless expects his intended readers to see God at work at every turn in the story.”

They offer this summary: “The book of Esther tells the story of God’s providential protection of his people during a bleak moment in the Persian empire, thus preparing them for the future gift of the Messiah.” Or as I put it in an earlier article:

The Old Testament book of Esther is much loved by many, especially by Jewish readers. For in it we learn about the remarkable preservation of the Jewish people. It is an altogether providential occurrence, although rather oddly, God never gets a mention in the book.

Indeed, it seems rather strange to talk about the theological message of the book, given this apparent divine absence. Not only is God not mentioned, but neither is prayer, the law, the temple, or other clear religious themes. But both Jews and Christians consider the very heart of the book to be about God’s providence.

This book tells us that God is greatly concerned about the nations. Yes, he has a special love and care for his own people, but he also deals not just with individuals, but nations as well. And God’s people can cooperate with God in being real history makers. See more on this here: billmuehlenberg.com/2017/08/03/prayer-nations-rees-howells-dunkirk/

It is about how God providentially protects his own people and brings about remarkable reversals of fortune. In what seems to be a bunch of amazing coincidences, we see God at work behind the scenes, accomplishing his purposes. And once we are aware of the background to this book, we can see how very relevant it is to our own situation today.
billmuehlenberg.com/2011/02/06/esther-and-providence/

A bit more can be said about this. Debra Reid comments:

It seems undeniable that the world-view of the Esther story includes the belief that God is actively present in the world. This is the hope that makes sense of the story’s ‘lightness’. There is optimism from the outset that the Jewish people will survive, and in this story that belief is not linked to the return to Jerusalem, to the adherence to cultic practices, or to the emergence of an expected Messianic figure. In Esther the active presence of God goes beyond these boundaries of geographical and religious expectations. God is actively present in the world of Esther and Mordecai. They too, in a foreign land subject to secular rulers and régimes, can become instruments of God’s active presence.

The great paradox of Esther is that God is omnipotently present even where God is most conspicuously absent. Jesus’ last words were, “Go and make disciples of all nations. . . . And surely I am with you always, to the very end of the age” (Matt. 28:19-20). And then, ironically, he left! Nevertheless, our Lord is omnipotently present even where he is most conspicuously absent.

Other themes found in the book of Esther can be mentioned. One is that of “Redemptive Reversals”, to use the title of G. K. Beale’s recent book (Crossway, 2019). Peter Adam puts it this way:

The Bible is full of reversals. In the Old Testament think of childless Abraham becoming the father of a great nation; Isaac’s second son Jacob receiving the first son Esau’s blessing; the humiliated Joseph becoming second-in-command in Egypt under Pharaoh; childless Hannah becoming the mother of the great prophet Samuel. And the reversals in the New Testament are even more striking. The Messiah rejected by his people is the King of the Jews…. So it is in the book of Esther. The Jews, God’s people, face extinction, but by the bravery and wisdom of Esther are protected from their enemies, and through Esther and Mordecai’s status, are honoured and kept safe.

And the role of evil is another prominent emphasis found in this book. As Andrew Schmutzer remarks:

Throughout Esther, evil and malice are always present. In fact, behind every key movement in the plot, some wicked plan, driven by scheming dialogue, is mounting. The prime case is Haman’s devilish ruse to exterminate the Jews (3:6–14), driven by hatred of one man (3:5). The book illustrates how moral evil requires agency and volition.

In Esther, evil colonizes itself, especially in the halls of power. Personal rage becomes bald hatred, leading to an empire-wide death sentence. Haman’s ploy is all the more insidious because he never identified the Jews to the king when he proposed his edict of death. Evil penetrates all corners of Persia, concocted by a Persian noble, stamped by the king’s ring, sanctioned by Persian law, and carried by a famous Persian carrier-system (1:22; 3:13; 8:10). The application to contemporary corruption, ethnic hatred, global genocide, and urban violence is obvious.

While the New Testament offers little by way of commentary on this book, it is still a vital part of the overall Christian story. As David Firth comments:

Jesus’ story is itself placed within the larger story of Israel, and when we speak of him being the fulfilment of the Old Testament we mean the whole of it, not simply the isolated texts frequently read at Christmas and Easter. The book of Esther fits into this story, affirming God’s commitment to his people, a commitment that finds its fulfillment in Jesus. As Christians, therefore, we read Esther from this side of the cross…

And we can all draw inspiration from this remarkable woman. As Charles Swindoll says in his book about her:

Unwittingly victimized by an unbearable situation, she stepped up and determined, by God’s grace, to make a difference. Throwing protocol to the wind and ignoring all her fears, this woman stood in a gap most of her peers would never have risked. In doing so, she not only exposed and foiled the plans of an evil man, who, like Adolph Hitler, had a violent agenda. She alone saved her nation from extermination. Now, that’s what I call power!

Yes we can use more women – and men like her. And the key verse in the book is something we all can take comfort in, as we consider our role in God’s ongoing work of reaching the lost and being salt and light (Esther 4:14): “For if you remain silent at this time, relief and deliverance for the Jews will arise from another place, but you and your father’s family will perish. And who knows but that you have come to your royal position for such a time as this?”

Somewhat more academic and critical commentaries from conservative and/or evangelical perspective include the following:

Some expository and devotional commentaries well worth getting include these: