Why do so many churches sideline the elderly?

Here is my thesis: just as most of the West has elevated all things youth while ignoring, downplaying or overlooking the elderly, so too in most of Western Christianity. Not everywhere of course, and not all the time. But far too often we see most of the emphasis focused on younger believers while older ones are more or less sidelined, marginalised, and forgotten about.

Let me try to unpack all this. For much of human history cultures respected and revered their elders. Even today Asia for example still largely does have this high regard for the elderly, although as it more and more engages with modernity, this too is waning. But for so long it was the default position. 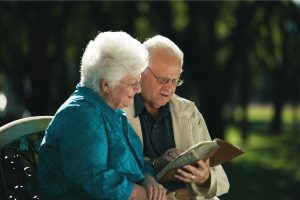 The West however continues to grow in its secularism, so it has very much lost an appreciation for older folks. Indeed, all of pop culture, from advertising to the movies to music to television to games is all fixated on youth. So the elderly are increasingly shoved to the side and ignored.

And churches in the West invariably tend to copy what the surrounding culture is up to, so in far too many churches today we see the same thing occurring: youth are in the spotlight while the elderly are shunted aside. Just consider how many of the larger churches in the West “do” worship.

Often they may have an earlier Sunday morning worship service geared for – and maybe a concession to – older Christians, with a more staid atmosphere and older hymns, etc. Then later services will be geared much more for everyone else, with the rock concert atmosphere we now find everywhere. Many of the larger churches will have just one of these ‘old folks’ services but a number geared for the younger worshippers.

You might say that is because we have less and less elderly among us. Actually, not so: demographically speaking, the biggest pool of the population in the West today is the elderly, with less young people coming along to match their numbers. But so obsessed are we with the culture of youth, that often the older saints are forgotten about.

Sure, these older Christians might still be counted on to do some volunteer work in the church, or to help make casseroles for some church dinner. But often that is about it. My point here is that there is something that comes with age: it is called experience, it is called wisdom, it is called maturity.

I am not saying that all old people are super saints, and I am not saying younger people are substandard believers. But generally speaking it is true: maturity often does come with time. We learn things along the way, God teaches us, we experience things, we learn lessons, we mature, we develop more deeply in our spiritual lives – and that often involves a process of time.

Again, young folks can grow spiritually strong – I am not saying they cannot. But Scripture itself speaks about these matters. One well-known text on this is memorable from its KJV rendering: “Lay hands suddenly on no man” (1 Timothy 5:22).

While newer versions give a somewhat different wording, the point of the passage has long been held to be that we should not thrust a new Christian into positions of spiritual leadership prematurely or too quickly. The ESV puts it this way: “Do not be hasty in the laying on of hands,” and the context of course is about church leadership.

Moreover, the very concept and terminology of ‘elders’ found throughout the New Testament, especially in the Pastoral Epistles, speaks to this reality. These church leaders are not referred to as ‘youngers’! Sure, we also have Paul saying in 1 Timothy 4:12, “Don’t let anyone look down on you because you are young”.

So we need biblical balance here. No one is saying only those 40 and above can be church leaders, and so on. But we are saying that Scripture does put a premium on the elderly in general. Consider just a few such texts, of many:

Exodus 20:12 Honor your father and your mother, that your days may be long in the land that the Lord your God is giving you.

Leviticus 19:32 You shall rise up before the grayheaded and honor the aged, and you shall revere your God; I am the LORD.

Ephesians 6:2 “Honor your father and mother” (this is the first commandment with a promise),

1 Timothy 5:1-2 Do not sharply rebuke an older man, but rather appeal to him as a father, to the younger men as brothers, the older women as mothers, and the younger women as sisters, in all purity.

1 Timothy 5:17 Let the elders that rule well be counted worthy of double honour, especially they who labour in the word and doctrine.

1 Peter 5:5 You younger men, likewise, be subject to your elders; and all of you, clothe yourselves with humility toward one another.

These are just some of the texts highlighting the place of older folks. But instead of drawing upon all their experience, insight, wisdom and maturity, we too often just put the elderly Christians out to pasture. We forget about them and refuse to learn from them.

I was talking to an older saint a while ago who is around my age. In the past we both had spoken often at various parachurch groups and the like. I said I was not getting invited back much to these groups. He said it was the same for him – they preferred younger speakers and teachers.

Now I can understand why groups may not want me back – I do not think I am great shakes when it comes to being some most-wanted speaker. But my friend I regard as a spiritual giant who has so much to offer, yet he too has been hung out to dry it seems.

Thankfully some churches and Christian ministries still affirm the value of older Christians, and are happy to put them to good use for the Kingdom. But I suspect that in the West they are few and far between. As a result, millions of years of collective wisdom, experience and understanding is being lost, while older believers are sidelined.

There is so much by way of mentoring, discipleship, and teaching that the older saints can offer to the young. They have a wealth of experience, knowledge and understanding. But so often all that is left untapped, unused, and unwanted. What a tragic waste.

The idea that the young can only be reached by cool, hip and trendy young church leaders (complete with all the by now mandatory look, clothing or uniform – you know what I mean), along with all the entertainment, razzmatazz and amusements, seems to be at odds with the way Scripture presents things.

OK, so call me a grumpy old man if you will. But even if I were still young, I and plenty of others can see that the cult of youth is a thing. It certainly is in the world, and sadly it too often is a thing in our churches and Christian ministries. I am simply asking us to reconsider all this a bit.

Let me finish this way: Since I have learned over the years how very easy it is for folks – including Christians – to misunderstand or misrepresent what you have said, let me once again clarify things in order to lessen some of the cases of people taking offence, or wanting to pick a fight:

I think my point here has been more or less clear. Our culture worships youth and is devoted to youth, and it tends to despise or ignore older folks. And too often the church has followed suit. As such, there is nothing amiss in asking some hard questions about all this.

I was going to conclude this article and post it, but I just now decided to do a quick net search and see what others might have said about all this. Much has been said, so let me briefly quote from two such pieces I found. One says this in part:

Sometimes senior saints question their usefulness in the church as they age. That’s unfortunate because they’re an essential part of the body of Christ. Although we trust in our sovereign and wise God to add and take away from his local body as he sees fit, church life is different without them. As pastors, therefore, we need to remind our elderly members that they’re not only loved by their Good Shepherd and Savior—they’re also loved and needed by his people.

Another article said this:

About one year ago a senior commented, “Seniors need a church too!” He was correct. Some seniors feel that the better years of life are gone and the better years of church life are gone too! Some seniors feel the disdain and slight rejection that occurs within their own church. They have come to accept the fact that the church no longer highly values them. Surely, you have heard that the church is looking for the younger people. Some churches are even less interested in them, except for their money and a number in the attendance count.

Wouldn’t it be great to honor our seniors as much as we do the younger generation? Shouldn’t the music be designed to provide a balance so that it ministers to them and also the younger generation? Maybe, just maybe we could turn down the music volume and sing some old hymns. Wouldn’t it be great to treat them as equals? How about a sermon on Sunday morning about honoring our seniors? I heard about a church youth group that would mow the front yards of their seniors several times per year. What an expression of honor. God calls us to honor our parents and other seniors too! There are many ways we can do that. Honoring our seniors honors God the Father – The Ancient of Days. He is the Senior of seniors. www.neverthirsty.org/blog/speaking-out/does-your-church-value-seniors/

38 Replies to “Christianity and the Cult of Youth”