One can never get enough of James Packer. His books are goldmines of biblical and theological truth, learning, insight and wisdom. The world has lost a mighty man of God, but heaven is the richer for it. Two days ago I penned a piece on his life and work, marking his recent graduation to glory: billmuehlenberg.com/2020/07/18/notable-christians-j-i-packer/

And yesterday I took ten of his books and offered two quotes from each. But one can never have too many quotes from Packer, so I grabbed the remaining 21 volumes of his that I have from my shelves and will here present just one quote from each. 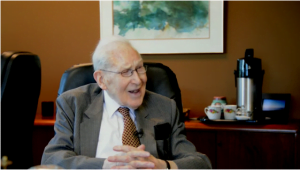 I will present the titles alphabetically, and simply mention when the book was published and what page the quote is taken from. With so many great quotes to choose from, do not be surprised if this is not the last such piece featuring quotes from Packer.

“The Creed declares faith in ‘God the Father almighty.’ Does the adjective matter? Yes, a great deal. It points to the basic Bible fact that God is the Lord, the King, the omnipotent one who reigns over his world. Note the ecstatic joy with which God’s sovereign rule is proclaimed and praised in (for instance) Psalms 93, 96, 97, 99:1–5, and 103. Men treat God’s sovereignty as a theme for controversy, but in Scripture it is matter for worship.” p. 45

“Living between the two comings of Christ, Christians are to look backward and forward: back to the manger, the cross, and the empty tomb, whereby salvation was won for them; forward to their meeting with Christ beyond this world, their personal resurrection, and the joy of being with their Savior in glory forever. New Testament devotion is consistently oriented to this hope.” p. 183

“The essence of revelation is conceptual communication, whereby God makes known his own nature, thoughts, and knowledge, and second, that Holy Scripture may yet be called the revealed Word of God in the most proper sense, inasmuch as it is in its totality God’s own utterance and message. Holy Scripture is God’s witness to himself no less than it is man’s witness to him. It is both human and divine. What it says, God says. It is simultaneously man’s responsive testimony to God and God’s revealed Word to man.” p. 85

“The biblical frame of reference, within which alone justification can be understood and apart from which it remains, in the strictest sense, unintelligible, is created, said the Reformers, by two realities: human sin, which is universal, and divine judgment, which is inescapable.” p. 190

“From the start you knew that you were saved to serve, and that indeed is what you spontaneously wanted to do. Soon you learned, however, that you were going to be opposed all the way. By becoming Christians you walked into a war, Satan’s war, against the triune God, the Father, the Son, and the Holy Spirit.” pp. 52-53

“God has spoken, says the Bible; and godliness means hearing His word. ‘Hearing’ in this phrase means more, of course, than just being within earshot while the message of God is read aloud or recited or explained. ‘Hear’, in its full biblical sense, implies attention, assent, and application to oneself of the things learned; it means listening with a firm purpose to obey, and then doing as God’s Word proves to require.” p. 114

“Moral permissiveness, supposedly so liberating and fulfilling, is actually wounding and destructive: not only of society (which God’s law protects), but also of the lawless individual, who gets coarsened and reduced as a person every time.” p. 39

“Mistake number one is to suppose that growth in grace is measurable in the way that physical growth is measurable. . . . There is a divine mystery in the work by which God makes us grow in grace. We cannot measure it by any simple, regular technique of assessment like measuring height or checking weight. What Scripture shows is that growth in grace is known by the way we behave under pressure.” p. 83

“Nehemiah is not expressing personal vindictiveness against Sanballat and Tobiah so much as zeal for God to vindicate himself against them because they have opposed him. The same is true of the various imprecatory Psalms, in which the God of justice is asked to reverse situations in which might has seemed to be right and crime seems to have paid. Here, too, the longing that for his own praise God would deal with the ungodly as they deserve is central.” p. 101

“Knowing that our Father God is in heaven, or (putting it the other way round) knowing that God in heaven is our Father, is meant to increase our wonder, joy, and sense of privilege at being his children and being given a hotline or prayer for communication with him.” p. 37

“Puritan sermons were meant to be remembered, meditated on, discussed and applied; that is why all the material was carefully arranged under headings, and why listeners were encouraged to take notes. The Puritan belief, as we have seen, was that it is supremely through preaching that God comes close, to deal and be dealt with regarding faith, repentance, conversion and the life of holiness.” p. 29

“The cross of Christ is a revelation of the love of God, for it reveals what that love is prepared to suffer for the one loved. I believe that the presentation of the death of Christ as substitution exhibits the love of the cross more richly, fully, gloriously and glowingly than does any other presentation. It gets nearer to the heart of that love than any of the other pictures that the New Testament contains.” p. 115

“Sanctification, we now see, is both a gift (that is one side: God working in us to renew and transform us) and a task (the task of obedience, righteousness, and pleasing God). And we must never so stress either of the two sides that we lose sight of the other. Think only of the task, and you will become a self-reliant legalist seeking to achieve righteousness in your own strength. You will not make any headway at all. Think only of the work of God in your life, and the chances are that Satan will trick you into not making the necessary effort and not maintaining the discipline of righteousness so that, in fact, even as you rejoice in the work of God in your life you will be dishonoring it by your slackness. Hold both sides of the matter together in your mind, if you want your living to be right.” p. 288

“Repentance, we now see, will always be more than a moment of regret and remorse, plus a word of apology; it will always center upon turning from and leaving behind what was wrong, and asking God in fullest sincerity to keep us from ever falling back into this wrongness again.” p. 77

“In many respects, and certainly in spiritual matters, we are all weak and inadequate, and we need to face it. Sin, which disrupts all relationships, has disabled us all across the board. We need to be aware of our limitations and to let this awareness work in us humility and self-distrust. Thus we may learn our need to depend on Christ.” pp. 15-16

“I believe that in a divided Christendom churches need confessional statements, and that it is always unrealistic to try to do without them. I believe that good creedal and confessional formulations always in any case have a major role to play in educating and maturing the people of God.” p. 23

Packer and Mark Dever, In My Place Condemned He Stood (2007)

“Penal substitution, as an idea, presupposes a penalty (poena) due to us from God the Judge for wrong done and failure to meet his claims. The locus classicus on this is Romans 1:18–3:20; but the thought is everywhere in the New Testament.” p. 82

Packer and Gary Parrett, Grounded in the Gospel (2010)

“We catechize because of the model and mandate of our Lord Jesus Christ. Jesus was and is the model catechist. He was the Teacher of teachers. It is not only his example that moves us to catechize, however. We catechize by command of Jesus. Jesus charged his followers with the task of teaching on several occasions during his earthly ministry (e.g., Matt. 10:14; 13:52).” p. 49

“When I became a Christian more than half a century ago, I got stuck straight away into soaking up all I could learn about God from the Bible, and that has been a sort of passion with me ever since. Frankly, it still is. Some passions subside as you get older, but not this one.” p. 3

Again, it is hoped that the words presented here will spur you on to either read him for the first time, or to reread him. Thank God for J. I. Packer.

3 Replies to “More Memorable Quotes from J. I. Packer”