How are we to understand religious language and talk about God?

We humans talk about God all the time. But to do so accurately and faithfully can be a very daunting task indeed. One could rightly say that it takes a lot of hubris to presume to speak about who God is and what he is like. We of course are finite while he is infinite. We are fallen while he is perfect. So any discussions about God must be undertaken with humility and caution.

But the good news is, it can be done. Moreover, we are not left in the dark about God. While we can never know him perfectly or exhaustively, we can know him sufficiently. And that for the simple reason that God has graciously chosen to reveal himself to us. Unless God had revealed himself to us, we would have no way to know him or speak of him. 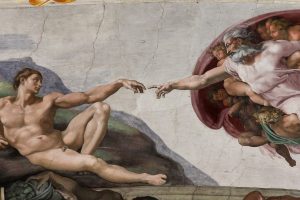 He has not revealed everything about himself to us, but all that we need to know. Somehow, we sinful and finite creatures can know some real truth about the eternal, perfect God. One is reminded of Romans 11:33-34 in this regard:

Oh, the depth of the riches of the wisdom and knowledge of God!
How unsearchable his judgments,
and his paths beyond tracing out!
“Who has known the mind of the Lord?
Or who has been his counselor?”

We can be thankful for divine revelation, but we are still in need of a lot of humility and grace as we approach this subject – the greatest subject there is. And plenty of questions remain. How can we properly know God and speak of him? Is it even possible for mere humans to talk about God? Can we really know what God is like? Do we know God in his essence, or only in his manifestations?

Much of this has to do with the problem of religious language. Theologians and philosophers over the centuries have looked at such questions at length, and there is much helpful fruit of their discussions that we can draw upon. For example, they speak about negative language and knowledge of God. This is referred to as the via negativa.

God is ultimately incomprehensible and ineffable (unutterable, indescribable). It is said that we can only talk in negative terms, describing what God is not. So we can say that he is uncreated (he was not created); he is incorporeal (he has no body); he is immeasurable (he has no limits); he is immutable (he does not change); he is invisible (he cannot be seen); and so on. The Greek philosopher Plotinus was a major proponent of this view.

But every negative presupposes a positive: we must know something about God before we can say what he is not. As Norman Geisler says in Philosophy of Religion, “A totally negative God-talk is meaningless. Unless there is some positive knowledge of God prior to the negations, there is no meaningful way to know what to negate of God. Every negation implies a prior affirmation. Complete negation without any affirmation is complete skepticism about God.”

We also have what is known as via eminentiae (by way of heightening or eminence). When we speak of that which is eminent we mean the highest. So we can compare God by what is already known. We know about goodness to some extent in humans, so we can imagine the highest or greatest good, and that is God. We know of human nobility and goodness and virtue. God has the eminent or highest degree of these virtues.

Equivocal (differing voice). This position holds that words can have multiple meanings. There can be quite different meanings to the same words, so that real talk of God is impossible. The mystical tradition tends to run with this, as does the Eastern wing of the church (Orthodoxy). It has also been revived in postmodern thinking.

Univocal (single, or the same, voice). This position states that words can have identical meaning. Thus the terms can mean the same whether speaking of God or man. There is a common, or shared meaning in the terms we use. Theologians like Duns Scotus held to this.

Analogical (comparable voice). There are important similarities and differences in our words. Words or things are partly alike and partly different. There is a relationship of similarity but not identity. For example, the goodness of God and the goodness of humans has some overlap, but are not identical. Language about God is mainly metaphorical, but there is common ground. Aquinas was the major proponent of this, and most evangelicals more or less follow suit.

Figures of speech and anthropological language

How much of what we have just discussed involves anthropological language, human analogy, and various sorts of figurative language? R. C. Sproul’s website puts it this way:

Traditionally, theologians have said that human language about God is analogical language. To speak analogically is to use the same word to describe two different things, and yet the word is not used in exactly the same way for each thing under discussion. For example, we can speak of “good students” and “good dogs,” meaning that both students and dogs can be obedient. However, the obedience of students and the obedience of dogs, though similar, is of a different order. Both may obey commands, but we look for students to (eventually) obey as the result of sound moral reasoning and not merely out of a basic system of rewards and punishment.

When David refers to God as a “rock” in Psalm 18:2, he is speaking analogically. He is saying that like a rock, the Lord is firm and unshakable. God is like a rock in that way, but He is not literally a stone or a formation of minerals.

Analogical speech about God has its limits, but it is fully adequate to tell us truth about the Lord. As we hear God referred to as a rock, a light, a shepherd, and a host of other metaphors, we should think carefully on how the Lord is like such things. That will enrich our view of God and our prayers and worship.

And here we have things like anthropomorphisms and anthropopathisms. The former describes God (or something) in human terms. We attempt to express the truth about God through human analogies. We speak of the arm of God for example (Numbers 11:23). But God of course has no arms.

The latter describes God’s feelings in human terms. Does God get angry? Is he jealous? In what sense? Things here get a bit more complex, as it seems we can speak of God and his emotions. But see here for more on this: billmuehlenberg.com/2013/02/07/a-review-of-god-is-impassible-and-impassioned-toward-a-theology-of-divine-emotion-by-rob-lister/

But it can be said that God has chosen to use such language as an accommodation to our finiteness, as a concession to our humanness and our weakness. God knows how difficult it is for us to understand himself, so he accommodates us, helps us out, by using such types of language.

To define, or make a definition, is to limit something. The original root meaning of the word is to limit, or to end. It means to compare or contrast, to understand something from a given body of knowledge or understanding. We describe something by a broader class or category. An apple, for example, can be defined as being round. There is a class or category of roundness that we can appeal to. And an apple is red. We can speak of the class of redness.

But God is in a class all by himself. There is no bigger category with which to define God. Since God is unique and incomparable (Isaiah 40:25, eg.), we cannot fully define or describe God. God does not belong to a general category or class. He is in a world all of his own.

But we must try nonetheless to define who God is. And again, we can be thankful that we are not left on our own here. God has chosen to reveal himself to us, so we can know true things about him, even if we cannot know everything about him.

So is God talk literal or metaphorical? We can say it is both. In one sense all language about God is metaphorical because we finite humans are talking about an infinite God. And much of our knowledge of God is analogical or figurative. But for a metaphor about God to work, we must know something about both God and ourselves.

Our language about God can also be literal, in the sense that it represents God as he really and truly is. To say that God is a rock is of course to use figurative language, but it gives us some literal truths about God (that he is reliable, unmovable, dependable, a source of strength and security, and so on).

In sum, bear in mind that this was only the briefest and simplest introduction to a topic in which many millions of words have been offered. Most good systematic theologies and works in the area of the philosophy of religion will deal with such matters in much more detail. Let me quote from two such volumes in closing. In his systematic theology Robert Reymond says this:

If God is omnipotent, surely he can speak literal nonsymbolic truth to human beings without his intention being warped or freighted with distorting and nullifying ambiguities. In fact, according to Scripture this is precisely what he has done. Our God is a language-using God; he has spoken literal truth to humankind. And if God created people for the purpose of having fellowship with him, it is fair to assume that he would have created them with the capacity both to comprehend God’s literal truth coming to them ab extra and in turn to respond verbally with no loss or distortion of the truth in the verbal interchange (this capacity surely being an aspect of humanity’s image-bearing character).

And in his new systematic theology Robert Letham puts it this way: