If you are a bit older, like I am, and went to university in your youth, you would be rather shocked at what we find there today. What was once meant to be a place of genuine learning, the free flow of ideas, rigorous debate, and a place to grow intellectually is largely no more. 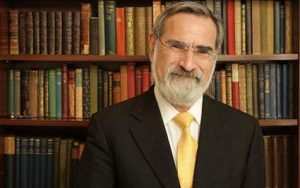 Instead, in most Western universities today, hard-left activism, propaganda and indoctrination seem to be the norm. All the usual agenda items are routinely being pushed: anti-America, anti-Western civilisation, anti-male, anti-white, anti-Christian, anti-family, anti-life, and so on. Leftist, Marxist, feminist, homosexualist and secularist values reign supreme, and woe betide anyone who dares to differ.

Many have noted the steep decline of Western higher education. Roger Scruton for example rightly put it this way:

The university, instead of transmitting culture, exists to deconstruct it, to remove its ‘aura,’ and to leave the student, after four years of intellectual dissipation, with the view that anything goes and nothing matters…. In place of the old beliefs of a civilization based on godliness, judgment, and distinction, the new beliefs of a society based in equality and inclusion; they are told that the judgment of other lifestyles is a crime. If the purpose were merely to substitute one belief system for another, it would be open to rational debate. But the purpose is to substitute one community for another. When institutions are incurably corrupted, as the universities were corrupted under communism, we must begin again.

And another incisive quote from Scruton:

In effect, Orwell’s political fables contain an accurate and penetrating prophecy of the political correctness that has since invaded intellectual life in both Britain and America. The humourless and relentless policing of language, so as to prevent heretical thoughts from arising, the violence done to traditional categories and natural ways of describing things, the obliteration of memory and assiduous policing of the past – all these things so disturbingly described in Nineteen Eighty-Four, are now routinely to be observed on university campuses on both sides of the Atlantic, and those conservatives who draw attention to the phenomenon, as Allan Bloom did in his influential book The Closing of the American Mind (1987), are frequently marginalised or even demonised as representatives of one of the forbidden ‘isms’ or ‘phobias’ of the day – racism, sexism, homophobia, transphobia, Islamophobia, etc. In a society devoted to ‘inclusion’ the only ‘phobia’ permitted is that of which conservatives are the target.

Since I have recently been sharing some valuable material from the new book Morality (Hodder & Stoughton, 2020), by British Rabbi and commentator Jonathan Sacks, let me do so again here. He speaks to these matters in some detail, especially in Chapter 12 on “Safe Space”.

He recounts his own experiences at Cambridge and Oxford universities some decades ago, and says this: “Since then, university campuses throughout the West have become places of swirling intolerance of a kind I never thought I would see in my lifetime.”

He then offers some detailed analysis of what ails our universities: “A cluster of concepts that has invaded Western university campuses has had the cumulative effect of putting at risk academic freedom and the role of the University as the arena of intellectual diversity, reasoned argument, civil debate, respectful listening and the collaborative pursuit of truth.”

These concepts are: micro-aggression, safe space, and no-platforming (banning certain speakers that some students disagree with). He then says this:

“The irony is immense. In some respects, obviously, tolerance has won many important battles … Yet after several decades of non-judgmentalism, moral relativism and expressive individualism, we now have in their place judgmentalism and moral absolutism, based on something as primordial as group identity. The new intolerance is ugly and repressive.”

He discusses one English columnist for The Times who had a daughter graduate from one famous American university:

Lamenting the current limiting of its horizons, he sensed ‘a sharp narrowing in the willingness of students (and many academics) to think beyond what makes them comfortable’. He decried no-platforming and safe spaces, and intolerance of intellectual diversity. The combined effect, he wrote, ‘is that American universities are producing battalions of automatons, barely human beings, programmed to think alike in their ambitions and in their ideas’.

He looks at how Jews were treated in Germany over the past few centuries, from being relegated to ghettoes to being excluded from universities. He then says, “That is what happens when we exercise our right not to be offended. Our safe space is created by confining someone else to the ghetto, or worse. Here we come to the heart of the matter, because safe space to some is very unsafe space to others. As Santayana said in slightly different words: what we forget, we repeat.”

Sacks rounds off his chapter with these words:

There are many factors at work in the present assault on academic freedom, but undoubtedly one, as we have seen, is the loss of truth as a value. There is no such thing as truth, goes the postmodern mantra: there are only interpretations. There is no such thing as history; there are only narratives. The university, like every other social institution, is recast. It is no longer seen as a community of scholars in pursuit of truth; instead it is viewed as a system of power….

Nietzsche rightly warned that when truth dies, all that is left is the will to power. The first place where this comes to light is the university, the home if not of truth itself then at least of the pursuit of truth. There are indeed injustices in society; there are prejudices; there are disadvantaged minorities. Their case must be heard and their battles fought. But that belongs to the domain of politics. It is not, and should not be, the domain of academia. There is a difference between truth and power. They have different logics and different homes.

The university must be the guardian of open debate, courteous argument, civil speaking and respectful listening. It must provide space for dissenting minds and for voices that challenge our comfortable assumptions. It must teach us to distinguish truth from falsehood, cogent argument from sophistry, the presentation of evidence from mere passion and persuasion.

Let me finish by saying that there is much to like in this volume by Sacks. Sure, one need not agree with everything he writes. I don’t. But on so many key issues of today – on so many crucial battlefronts that we find ourselves in – he does a great job of calling us back to first principles, and of rejecting the war on truth and the war on morality.