It is sad to hear about the passing of Mike Adams:

Some of you know about American conservative and university lecturer Mike Adams. If so, you will know that he died last week – suicide it seems. He had been an outspoken prolifer and conservative – and for that he was hounded out of his teaching role at a southern university. 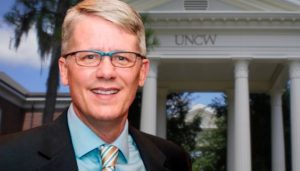 Adams was a columnist, speaker and culture warrior. He had been a criminal justice professor at the University of North Carolina Wilmington for almost three decades, but his conservative views on various issues finally saw him moved along. But he was not always a proud adherent of religious right thinking.

As he discusses in his 2013 volume, Letters to a Young Progressive: How to Avoid Wasting Your Time Protesting Things You Don’t Understand, he used to be both an angry atheist and a very vocal political leftist. But around a decade ago he became a Christian, and a leading spokesman for conservative and prolife values.

I have enjoyed reading his books and columns over the years. Looking through my website I see that I have referred to him on various occasions. Back in 2009 I said this about him:

Mike Adams discusses “The Nature of Conservatism”. He dismisses some non-essential differences, then proceeds this way: “If there is one thing that separates the conservative from the liberal it is his view of human nature. The conservative sees man as born in a broken state. This tragic view of human nature sees man as selfish and hedonistic by design. Given his nature, it is no wonder a man chooses crime. It is a wonder he ever chooses conformity.

“This tragic view of human nature also explains why conservatives often speak of religion and family values. Given his selfish nature, man must internalize some reason to behave in pro-social ways. That fact that he falls short of these values does not mean he is a hypocrite. The one who does not even believe what he says is the hypocrite. The one who believes what he says and falls short is merely human.” billmuehlenberg.com/2009/05/22/liberal-or-conservative/

But most Christians act as if they have no worldview. How do we account for this? The opening line of a recent column by Mike Adams nicely provides us with the answer: “The problem with America is that our universities teach worldview and our churches don’t.”

Yep, that’s about it. Our schools are pushing worldviews all the time – primarily the secular humanist one. They teach it, promote it, indoctrinate with it, and agitate for it. Our churches on the other hand don’t teach the biblical worldview. They don’t teach anything. billmuehlenberg.com/2016/03/14/they-have-a-worldview-why-dont-we/

In another piece I showcased him and others when it came to the abortion wars:

One issue that often arises in pro-life discussions is whether or not the woman having an abortion should be charged with, and prosecuted for, a crime. It is an important question and one in which prolifers can differ on. Most have said no: our aim is to end abortion, not punish the women. But it is nonetheless a cause of great controversy for some….

Letter 11 [of Adams’ book] is about “Punishing Abortion.” In it he speaks about a “meeting of the minds” in this debate: did the women fully understand all that the abortionist intended? Abortionists know exactly what they are doing, but do the women? Not always, so we can’t always prosecute the woman in the same way as we prosecute the doctor. He says there should be “harsh punishment for abortion doctors and a lesser punishment for women who have abortions.” billmuehlenberg.com/2016/05/19/abortion-prosecution-ethics-law/

He was certainly known as an avid defender of the right to life of the unborn. In one of his last prolife pieces, penned earlier this year, he said that “there are only two types of people in the pro-choice category: ‘science deniers, and opponents of human equality’.” He wrote:

Fortunately, the effort to deny science has been undercut in recent years by the development of ultrasound technology. Thus, the science denier appears increasingly ignorant to all but a small minority of the population that has somehow never seen an image of an unborn human via ultrasound. Even a small child can look at the screen and discern that it is a baby that is tucked away in the womb. It is no “undifferentiated blob” or “mass of tissue.” Such lies require darkness. Technology has shed the light upon them.

He concluded that piece this way: “Never conceded the moral high ground. Just cut to the chase and ask the pro-choicer which one he is: a) a denier of science, or b) an opponent of human equality. There simply is no third option.” townhall.com/columnists/mikeadams/2020/02/21/two-kinds-of-prochoice-advocates-n2561671

But sadly he is now gone, at the youngish age of 55. Some questions still remain about his death. He had just won a somewhat large payout from UNCW, but it seems the gunshot wounds were in fact self-inflicted. Some friends have said he had been acting rather erratically the previous few weeks.

But let me close with some wise words from Mark Steyn. What he says about Adams is worth repeating for others who are also on the frontlines:

He “seemed like” a happy warrior, but who knows? It’s a miserable, unrelenting, stressful life, as the friends fall away and the colleagues, who were socially distant years before Covid, turn openly hostile. There are teachers who agree with Mike Adams at UNCW and other universities – not a lot, but some – and there are others who don’t agree but retain a certain queasiness about the tightening bounds of acceptable opinion …and they all keep their heads down. So the burden borne by a man with his head up, such as Adams, is a lonely one, and it can drag you down and the compensations (an invitation to discuss your latest TownHall column on the radio or cable news) are very fleeting.

The American academy is bonkers and has reared monsters – so that we now have a “black liberation movement” staffed almost entirely by college-educated white women (including a remarkable number of angry trans-women) from the over-undergraduated permanent-varsity Class of Whenever. We are assured that out in “the real world” there is a soi-disant “silent majority” whose voices will resound around the world on November 3rd. For what it’s worth, I don’t believe in the existence of this “silent majority”, and a political party that has won the popular vote only once in the last thirty years (2004) ought to be chary about over-investing in it.

But either way, if you’re doing the heavy lifting on an otherwise abandoned front of the culture war, what you mostly hear, as Mike Adams did, is the silent majority’s silence – month in, month out…. Pushing back can be initially exhilarating – and then just awfully wearing and soul-crushing: “I’m with you one hundred per cent, of course. But please don’t mention I said so…” www.steynonline.com/10482/mn?fbclid=IwAR351bfdSPhtOjWR4_KMmwTxrnwOyaHlZwjscfElv7zm9ntmt2jy_e2VHfg

Yes many of us know all about the loneliness and difficulty of seeking to speak truth in this antagonistic and oppositional culture. To speak about life, family, faith and freedom in a culture which is largely hostile to these values will result in you being hated on – big time.

Those who do stand against the woke PC culture will find themselves looking around, wondering where everyone else is. We will hear many folks say things like, “Bill we are right behind you.” A lot of us would rather hear, “Bill, we will stand with you, right up on the front lines.”

11 Replies to “Mike Adams, Culture Wars, and the Assault on Conservatives”