What happens when Christians renounce their faith in order to please the state?

My title may sound a bit ominous, but this piece is actually an exercise in theology and church history – with some contemporary application. The main issue I wish to address is how the church should look at the matter of compromise – even apostasy – especially as found among church leaders. And the church has had to deal with this before.

Let me mention just one such famous case of this from long ago. Although it is a rather more complex situation than this brief description lets on, let me discuss the Donatists of the fourth century – a schismatic and heretical sect. This cult-like group decried the established church of the day, proclaiming that they were the one true church. 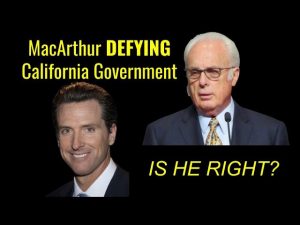 Donatus (313-355) was an early bishop of Carthage. He and his followers (the Donatists) were willing to see a schism in the church to keep it pure and weed out immoral leaders. Others, such as Augustine, rejected this, arguing that the church would always have a mixture of true and false believers, and that church unity should be preserved.

The background is this. The “Great Persecution” had taken place under Diocletian from 303-305. During this time of heavy persecution, Christian leaders were ordered to hand over their Bibles and Christian writings to be burned. Some of these folks did so.

Those who did were called traditores (from the Latin word tradere, which means ‘to hand over’) by other Christians. We get our English word ‘traitor’ from this Latin term. But a major dispute arose once the persecution ended: What was to be done to those who compromised? Should these priests be allowed to keep ministering?

The Donatists regarded these believers as apostates, and said they were not part of the true church. But the church allowed them to remain and administer the sacraments. The Donatists rejected this and pulled out, demanding a pure and uncorrupted church. Thus there was a major split in the North African church.

Donatus insisted on the priority of the purity of the church, and the need to break away. Others like Augustine and the earlier Cyprian stressed the need for Christian unity. Augustine recognised the sin of compromise but felt that the disruption of the church was an even more serious sin.

He appealed to Matthew 13:24-30 where Jesus spoke of the wheat and the tares growing up together, and how their separation would only occur at the final harvest. Augustine spoke of the church as a corpus permixtum (a mixed body) – it contains both saints and sinners.

Much more needs to be said about this, and there is some biblical truth to be found in the positions on both sides of the debate. Christian unity is vital, but so too is faithfulness and dedication to Christ – even in times of persecution. But this and other cases like it do offer food for thought for contemporary Christians.

As I was on my morning prayer walk, I was seriously wondering how long this would be allowed. Victoria is going berserk on lockdown madness, and things will likely get much worse in the days ahead, with all of us perhaps being fully locked in our own homes indefinitely. Victoria is quickly becoming one massive internment camp under this dysfunctional Labor government.

It did occur to me that we certainly are nowhere near as bad off as places like North Korea and many Muslim-majority nations. But who knows where these police state sort of measures will end? And while Christians are being tempted to compromise and even renounce their faith in those other countries, in limited ways at least we are finding similar situations in the West now because of the corona crisis.

The closure of churches is one obvious issue. In many places in the West church attendance is banned, while it seems all sorts of other “essential services” are being allowed, be they liquor stores, abortion mills, strip clubs or brothels. Indeed, in some places such as Portland in the US, people are being allowed to riot and burn Bibles on the streets, but Christians are not allowed to worship and read their Bibles together in churches.

Quite early on during this crisis I wrote about this matter. I said Christians need to think carefully about how we respond to the state closure of churches. You can see my thoughts here: billmuehlenberg.com/2020/04/01/closing-churches-during-the-corona-crises/

And I also wrote about how the state is not absolute. While Christians generally are to submit to governments, that is not always the case, and there can be occasions when civil disobedience is required.  See here: billmuehlenberg.com/2020/05/15/the-state-is-not-absolute/

When the state orders Christians to do things that they cannot do in good conscience, and when the state forbids Christians from doing what they ought to do, then there can be a place for Christians to say yes to God and no to the state. So the question is, when Scripture commands us not to ‘forsake the assembling of ourselves together’ (Hebrews 10:25), and the state says the churches must remain closed, is this one of those situations where Christians must disobey?

You will get Christians on various sides of this issue. In California right now we have some famous Christian pastors taking different views on this. John MacArthur, pastor of Grace Community Church in Sun Valley, says he will defy Governor Newsom’s recent orders on this.

Although he could face fines and even arrest for keeping his church open, he said yesterday in a Fox News interview that the draconian lockdown is “just not warranted.” He said Jesus is Lord, and the government “is usurping a role that they don’t have over the church” in this regard. He said “we are not spreading anything but the gospel.” www.foxnews.com/media/california-pastor-coronavirus-church-newsom-order

Franklin Graham concurred and said this: “I agree with Pastor MacArthur and appreciate his call for ‘the church to be the church in this world.’ If I were in Southern California this weekend, I would love to attend their service tomorrow—and if you live anywhere in southern California, I urge you to get up tomorrow morning and go!”

Other Christian leaders have sided against MacArthur on this. For example, Pastor Gavin Ortlund of First Baptist Church in Ojal responded to him and said that he is concerned he is putting the “importance of worship” ahead of “love for neighbor,” “obedience to government,” and “maintaining a good witness.”

Then some other church leaders took a somewhat compromised approach. For example, Greg Laurie, pastor at Harvest Christian Fellowship in Riverside has been using a large white tent of late to hold his services in. www.christianitytoday.com/news/2020/august/california-church-worship-covid-john-macarthur-greg-laurie.html

Debate continues as to what is the proper and most biblical Christian response to these state orders on keeping churches closed – or greatly restricted. And this issue may not be as severe as being forced to turn your Bibles over to be burned. But what we can see is that these are all areas in which the state is coming into conflict with the church.

And for those who do compromise or give in or just do whatever the state demands, is this a problem? Are they being – at least in somewhat lesser ways – traditores? How far should Christians and Christian leaders go along with various state edicts, while still remaining true to Christ? Which laws can we all obey and which laws must we break?

Is there a place for civil disobedience? If so, when? I look at this issue more fully here: billmuehlenberg.com/2008/11/02/christians-and-civil-disobedience/

But the matters of faithfulness to Christ, the nature of compromise, and even apostasy, and how we should deal with those who do compromise – will always be matters for Christians to think carefully and prayerfully about. And we can learn some lessons from church history in this regard.

24 Replies to “On Christian Compromise – and Treason”