Clueless and unthinking Christians are causing great damage to the church: 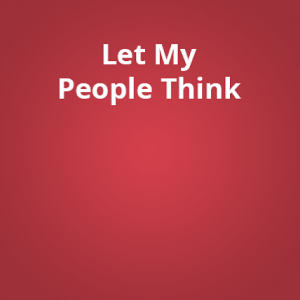 Quite a lot of this unbiblical and sub-Christian nonsense I am hearing and seeing far too much of lately has to do with our draconian corona lockdown measures. I keep getting clueless Christians pushing just plain false and dangerous thinking on these matters. And worse yet, it is patently unbiblical.

What? Are these folks for real? Have these folks ever actually read their Bibles? We know it is a chief mark of a cultist to twist the Scriptures and/or to pull a few texts out of context, or to pit some biblical truths against others. That is exactly how the cults operate. That is NEVER how anyone claiming to be a biblical Christian should operate.

These dodgy claims and others like them are not at all difficult to get a biblical handle on. One simply has to read the Bible instead of running with the spirit of the age to see how utterly foolish they are. So let me offer a few thoughts on them, although I have written on these things quite often before.

Should we pray for our leaders? Of course we should – that goes without saying. In various places the Bible tells believers to do just this, most notably in 1 Timothy 2:1-2: “I urge, then, first of all, that petitions, prayers, intercession and thanksgiving be made for all people – for kings and all those in authority, that we may live peaceful and quiet lives in all godliness and holiness.”

But – and this is a massive but – those who insist that we pray for our leaders while also insisting that we can never criticise them or hold them to account are simply not thinking straight – nor are they thinking biblically. The Bible everywhere makes this quite clear.

In our role both as Christians and as citizens we are obligated to keep our leaders in check and hold them to account. We are always to seek for godliness in the land and in our rulers. We are always to reject and rebuke ungodliness and evil. We are always, in other words, to be salt and light, and seek for God’s will to be done on earth as it is in heaven.

And of course one can do all this while also praying. It is NOT an either-or situation here, but a both-and. We are to keep those in authority in our prayers while we also seek for righteousness to prevail in the land. The biblical verses about seeking godly governance and righteous rulers are many. That should be something all true Christians not only pray for but work to see achieved.

The Bible throughout also makes it clear that the state is not absolute and that leaders are not above criticism and rebuke. In the Old Testament we see numerous examples of this. Moses of course defied the edicts of Pharaoh. The priests and the prophets routinely challenged and rebuked the leaders of Israel and other nations when they went astray or engaged in evil practices. Daniel and his Jewish friends regularly defied the powers that be and refused to bow the knee.

In the New Testament we find more of the same, whether it is John the Baptist strongly and publicly rebuking King Herod; Jesus rebuking and calling out the religious leaders of the day; or the disciples defying the state when government dictates conflicted with their God-given obligations.

Yet these rather brainless critics would presumably tell the prophets, John, Jesus, Peter and all the others that they were wrong and sinful to defy the state, criticise leaders, and disobey unjust laws. These biblically illiterate “Christians” would have rebuked Shadrach, Meshach and Abednego for refusing to bow down before the statue of Nebuchadnezzar. They would have told Peter to repent when he told the authorities, “We must obey God rather than man”.

But all of this I have spoken to before in great detail and with plenty of biblical references, so have a look at these articles for much more on this:

As I make clear in those and other articles, generally speaking we are to submit to the authorities. But the government only has limited and delegated authority given to it by God, and when it oversteps the mark then believers may need to say no to it in order to say yes to God.

Sure, we will need to prayerfully and carefully seek the mind of God as to when an unjust law must be disobeyed, or when an ungodly leader must be opposed. But this is something that happens repeatedly not just as we read in Scripture but also in church history.

We are nowhere told to just be a bunch of unthinking and undiscerning sheep, going along with whatever the state tells us. We are to test all things, we are to judge wisely, we are to biblically assess, we are to morally and mentally critique all things – and that includes what our leaders say and do.

Blind subservience to the secular state not only results in tyranny and loss of freedom, but it is also NOT what biblical Christians should be involved in. We of all people should know that we take the knee to no one but Almighty God. We are not to be brainless sheep without any biblical understanding and insight.

Instead we are to love God with all our minds as we faithfully read the Scripture daily, and run with what God – and not the world – has instructed us. Pulling texts out of context and ignoring the entirety of the biblical data is something Christians should repent of, and not exult in.

As mentioned, the cults get away with this sort of biblical illiteracy, moral fuzziness, and intellectual vandalism all the time. We expect it of them. That is why they are cults. But that should NEVER be the case for those calling themselves disciples of Christ. We should be biblically informed and biblically alert.

Please Lord, help your people to think and to be biblically discerning, so that you might be glorified aright.

19 Replies to “Biblical Illiteracy Is Destroying Our Christian Witness”