Why do Muslims get special exemptions while the rest of us do not?

As if there is not enough craziness, stupidity, angst and turmoil going on all around us because of corona, we now have this revelation. And I tell you what: if this does not make your blood boil, you need to check your pulse. It concerns the NSW state government granting a special exemption to a Sydney mosque, allowing it to have a large gathering there.

Here is how the story is being reported:

Hundreds of Muslim worshippers have marked one of Islam’s holiest days at a Sydney mosque after the NSW Government granted it a temporary exemption from coronavirus restrictions. Up to 400 people were allowed inside the Auburn Gallipoli Mosque in Sydney’s west under the one-off exemption, granted by NSW Health Minister Brad Hazzard.

Under NSW coronavirus restrictions, places of worship are limited to 100 people, or one visitor per four square metres. The mosque’s president Abdurrahman Asaroglu said those attending the annual festival of Eid al-Adha, also known as the festival of sacrifice, would be subject to temperature checks, sign-in sheets, and it would be mandatory to wear a mask. www.abc.net.au/news/2020-07-31/auburn-mosque-granted-coronavirus-exemption-for-eid-al-adha/12508358 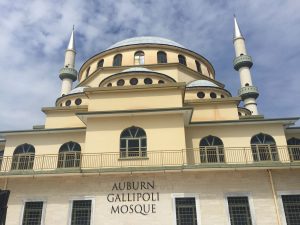 Um, what was that word beginning with ‘h’ and ending with ‘ypocrisy’? What is that thing we call ‘double standards’? What is it that causes most ordinary Australians to become utterly outraged? It is when we have governments playing favourites with a few small minority groups while making everyone else suffer.

All they can now do is rightly ask, ‘Why the hell did I do all this, at such a great personal cost to myself and my loved ones, when our useless government is intent on grabbing a few lousy votes from a minority group? Why the heck did I even bother?’

If you are outraged about all this, you certainly should be. This kind of political idiocy just infuriates most ordinary Australians. It is completely maddening. This is why people have less and less trust in government and in politicians. This is why they are so cynical and jaded. They are just so over all the political games they see being played day in and day out.

And just imagine if our Christian Prime Minister Scott Morrison had made a special exemption for some Christian church to stay open and have a large gathering. All hell would have broken out by now. Every single lefty in the country and every single mainstream media outfit in the nation would be at his throat, demanding he step down immediately.

So where is all the outcry from the left and the media over this mosque exemption? Crickets chirping. Yep, even more double standards from all the usual suspects. At least on this issue Scott Morrison has tried to show some consistency and even-handedness. As the above news report further states:

Prime Minister Scott Morrison, in an interview this morning, urged religious communities to find alternative ways to celebrate their faith. “Jenny and I haven’t had the chance to be at our church since February,” the Prime Minister said. “I know faith is very important to people, but even at times like this it is even more important that we don’t gather in those large groups as important as faith is, we really do think of the health issues here.”

At least he gets it. But not everyone does. Dan Andrews never got it, and his exemptions and exceptions and political favours and complete inability to manage this entire situation is now resulting in massive new outbreaks, with new cases and new deaths.

And this just in! www.eternitynews.com.au/australia/melbourne-churchgoers-slapped-with-16000-fines-for-breaching-covid-restrictions/

13 Replies to “One Law For Us, Another Law For You”