Is Christianity simply a warm quilt for a cold night?

So what do you get when you have 2 or 3 non-theists having a discussion about theism? The answer is: nothing much of any real value. What you end up with is just the usual shallow thinking, along with red herrings, straw men, lame excuses and faulty reasoning. There is nothing new under the sun, and the attempts by pagans to understand Christianity as well as debunk it are always rather dubious as they stand on shaky ground.

Last night on Sky News we had a perfect example of all this. But let me preface my remarks by repeating what I have said elsewhere. When we compare America with Australia in general, and Fox News with Sky News in particular, you will notice some major differences. 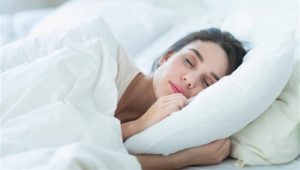 These realities in large measure help explain some of the differences between conservatism in America and in Australia. Thus on weeknights when Sky News features its mainly conservative line-up, you will have hardly any Christians found there – at least as regular hosts.

Almost all of them – be they Andrew Bolt or Alan Jones or Rita Panahi or Rowan Dean or Paul Murray – are atheists or at least agnostics. Yes, a few religious voices can be heard, such as the Catholic and conservative Cory Bernardi. But these folks are few and far between.

Make no mistake: I am very thankful indeed that Sky News exists in Australia, and that we do have a number of articulate and intelligent conservative voices found there. And sometimes they can defend Christian concerns – at least in terms of the culture wars – better than many Christians can.

Sure, they would be absolutely hopeless in defending Christian theology, but they can often offer a strong case against things like the radical trans agenda or BLM in particular, and identity politics or the cancel culture in general. But I have discussed this in more detail elsewhere, so have a look at this piece: billmuehlenberg.com/2019/05/02/conservatives-what-conservatives/

So, back to last night’s program. It was the Outsiders Guide, a half hour show looking at a few hot topics each session. Hosted by Rowan Dean, it also features James Morrow and Rita Panahi. For some reason, one of the topics last night was based on an old Time magazine cover story: ‘Is God dead or just fast asleep?’.

I am not sure why they picked that subject to speak on. As mentioned, they are not exactly theology buffs or religious types (although it seems Morrow may have some sympathy for and understanding of religion). If they are misotheists who despise all religion (and I am not sure if they do), they obviously had to cover that up a bit, knowing full well that plenty of religious folks – mainly Christians – would be watching their shows and reading their stuff.

Not a whole lot of substance was heard during this discussion. The one thing that did stand out for me were some remarks made by self-proclaimed atheist Rita Panahi. About the only point she could come up with was to say that having faith in God can give you great comfort – especially in difficult times. That was about the extent of her contribution.

As such it was neither profound nor even close to being true. Her understanding of religion and what it offers seems to be what one looks forward to on a cold night: a nice comforter. I just looked up this definition: “Typically, a comforter is a thick, quilted, fluffy blanket that is used to keep you warm.”

Um, religion may be like that at times, but when it comes to Christianity, this is not even close. C. S. Lewis of course long ago laid to rest that sort of foolishness. As he said in 1944 when asked about which religion gives the greatest happiness to its followers: “I haven’t always been a Christian. I didn’t go to religion to make me happy. I always knew a bottle of Port would do that. If you want a religion to make you feel really comfortable, I certainly don’t recommend Christianity.”

Exactly right. One should come to Christianity because it is true, not because it might give you comfort or make you happy. If you believe that a religion is false, then pretending it still might have some value by giving you warm fuzzies, or making you happy, is a ridiculous way to proceed.

Sure, if Christianity is true, then committing oneself to Christ will indeed provide some comfort and happiness. But again, that is not why we should come to it, or any other religion. We should come on the understanding that its truth claims make sense and hold up under scrutiny. As Lewis said in another essay found in the same book mentioned above (God in the Dock):

The great difficulty is to get modern audiences to realize that you are preaching Christianity solely and simply because you happen to think it true; they always suppose you are preaching it because you like it or think it good for society or something of that sort. Now a clearly maintained distinction between what the Faith actually says and what you would like it to have said or what you understand or what you personally find helpful or think probable, forces your audience to realize that you are tied to your data just as the scientist is tied by the results of the experiments; that you are not just saying what you like. This immediately helps them realize that what is being discussed is a question about objective fact — not gas about ideals and points of view.

That is how we should assess religious claims, not on the basis of any possible after-effects or secondary spin-offs. Moreover, if one comes to embrace and understand the Christian truth claims, then one will know full well that often a lot of decidedly uncomfortable things will happen – routinely.

Not only are Christians meant to deny themselves, crucify the old man, put to death the deeds of the flesh, and carry their crosses daily – all very uncomfortable things – but they also know that the world will hate them and they will be persecuted. They will suffer greatly for being followers of Christ.

If that is the case, only a fool would come to Christianity merely for some sort of vague comfort or nebulous happiness. Yes, God gives deep inner peace and reassurance to his own during the storms of life and the attacks of others. But that is not the same as mere comfort.

As Jesus made it so very clear in John 14;27: “Peace I leave with you; my peace I give to you. Not as the world gives do I give to you. Let not your hearts be troubled, neither let them be afraid.” The peace of God and the comforts of the world are two completely different things.

So to glibly talk about the value of religion – especially Christianity – just in terms of any possible comfort it might give folks is to considerably miss the mark. Jesus did not die a painful death on the cross in order that we might be comfortable or feel good. He died so that we might have our slavery to sin broken and our relationship with God restored.

Now I do not mean to pick on Panahi or the others here. Her/their thinking would be like that of so many other atheists. She likely has never really looked into the truth claims of Christianity in any serious fashion. She simply runs with the usual clichés and bumper sticker objections that so many others have raised.

And as mentioned, I am glad she and Dean and the others are there, standing up for many of the conservative values that I hold near and dear. But it would be nice if we saw more of these conservative commentators become Christians as well.

Then they would really perform an invaluable service, not just to the community, but for the Kingdom as well. With that in mind, why don’t you join with me in keeping folks like Panahi, Jones, Bolt and so many others in your prayers? That would be the best thing we can do for them.

It would be terrific indeed if some of them came to know the reality of a relationship with the living Christ.

10 Replies to “Is God Just a Comforter?”