We should be concerned about all lives in a time of crisis:

Every single day I pray for the lonely, the vulnerable, the depressed, the elderly, those who live by themselves, those who are prone to mental health issues, those easily bummed out, and those who are suicidal. All of these people are massively much more at risk thanks to our draconian lockdown policies.

My thinking goes like this: if even I – someone who is supposedly a mature Christian – can feel claustrophobic and uncomfortable and under stress during these severe lockdowns, then how much more other people who may not be people of faith at all? I feel their pain. 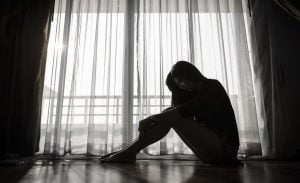 So this has been a big part of my praying for quite a while. And I have been speaking about these forgotten people for many months now. It seems that so many of the corona alarmists and those fully addicted to panic-porn don’t want to know about their existence. It seems that 200+ corona deaths (as tragic as they are) in a country with 26 million people is the only number that matters to them.

But all lives matter. For months now many important voices have been warning that if we are not really careful, the cure will become much worse than the disease. And that is exactly what we are seeing, with all the ruined lives, ruined economies, ruined communities, and ruined businesses. All this is taking a heavy toll.

Mental health problems are skyrocketing, as are the suicides. Consider one recent headline: “Coronavirus Australia: suicide’s toll far higher than virus”. The article begins: “Suicide rates in Australia are forecast to rise by up to 50 per cent due to the economic and social impacts of the coronavirus and tipped to outstrip deaths from the pandemic by up to 10 times.”

Let me offer another figure on this, and then look at some actual cases. One recent headline says this: “Statistics show increase in children presenting to hospitals after self-harming.” That article starts off with these alarming words: “The rate of children ending up in Victorian emergency rooms after self-harming has jumped by a third since this time last year, according to government data seen by the ABC.” www.abc.net.au/news/2020-08-08/young-people-self-harming-end-up-in-hospital-emergency-rooms/12532040

Facts and figures are one thing. But we need to put a human face on the numbers. And there are plenty of these horror stories that can be told. Here is one such sad tale found on the social media:

I heard today of a small business owner who committed suicide. Filled with dread that his business was going under, that he would lose everything he built, facing a future under stage 4 lockdown without clarity on whether he could work or not he searched for answers on the internet. Unable to find the information he was looking for he turned to social media to see if people knew the answer to his problem. He was set upon by some people who ordered him to stay home, accused him of being greedy, selfish and more. Apparently, those comments, according to his friend, completely shattered him. He walked out to his car… and not seen by his loved ones alive again. Let’s be gentle with how we treat each other in this unusual time.

And then there is this heartbreaking story by Roger Franklin. Let me quote parts of it for you. It begins:

I’d like to blame Daniel Andrews for killing my Mum, whom we buried on Tuesday, but that wouldn’t be fair. She was 93 when I found her at the end of her bed, dead and cold but a lady to the end, or so I imagine from the drape of her limbs on the carpet, one arm frozen in what I take to have been a last-breath effort to pull down to a modest knee the hem of her dressing gown. A recent history of what the doctors called ‘mini-strokes’, a heart given to flutters, especially if the Bulldogs were in a thriller, and blood pressure that required the constant tweaking of medications to raise or lower it — no actuary would have said she had much time left, nor would any bookie have offered any but the longest odds on her replicating her own mother’s 99 years and dying just days short of the anticipated telegram from Buckingham Palace.

No, Premier Andrews didn’t kill Billie Elizabeth, but he’s not off the hook for hastening the inevitable. It was the lockdown that did for her, as far as I can see and saw. She withered mentally and physically in the isolation of her home. In January, before the China virus hit and panic swept any hope of a rational response before it, she’d been her usual bright self, always keen to get her hair done, to be ferried to Coles or take in the pensioners’ matinees at the Sun Theatre in Yarraville.

He finishes this moving and tragic story as follows:

And the truth is that she was losing her wits, that mental decline accelerated by the lockdown. Mum’s was a ferociously intelligent mind, and often a combative one. Forced to leave school at 12 to help her own widowed mother pay the bills, she retired at 60 after decades of secretarial bookkeeping, immediately enrolled in university and aced an English/History degree, with a particular emphasis on the Regency. A Sandhurst lecturer would have been hard pressed to better her in any discussion of Waterloo.

Yet day by day I watched that intelligence and acuity wither. I’d stop by most afternoons just to check everything was OK and, increasingly, find her sound asleep in the comfy chair. She was, she said, thoroughly bored, and it showed as each featureless day in solitary confinement melded into the next. What day is it, she would ask? Not that it mattered because, when Victoria entered its second and current lockdown, all days became the grey same. I’d bought a roast, a half leg of lamb, to cook and take over with the spuds and all the fixings, but the 8pm curfew and no-visitors rule made its delivery and my return to my own home problematic.

“I’ve lived too long,” she told me the week before she died, adding that she just wanted “to be with Dad.” It hammered the heart to hear the last residue of vitality ebbing away like that. Could those final, locked-down months have been made less of a burden, reduced their erosive impact on a vulnerable mind? It seems to me they could. How hard would it have been for Andrews & Co., to have encouraged COVID-free volunteers to stop by the homes of the elderly and see how they were doing? How difficult to dilute the Premier’s daily press conference threats of fines and dire punishments with some considerate words for those whose will to live was being demolished by loneliness?

Daniel Andrews didn’t kill my Mum, that I’ll concede. But never will I forgive him for making her last days a wasteland behind drawn curtains, where a mind was, quite literally, bored to death. quadrant.org.au/opinion/qed/2020/08/covid-19s-collateral-damage/

The problem is, there would be countless more stories just like this in Australia, and especially now in Victoria. That is why I began this piece by saying I daily pray for such folks. It really has become quite hellish for so many people. Whether it is young people going through great depression and taking their own lives, or the elderly, it is all so terrible to behold. And so much of it has been preventable.

Let me offer a final story which I have shared before. I try to do a prayer walk each day (while short walks are still allowed here – even they may be taken away from us soon!). In my walk I keep praying for a grieving grandmother that I had briefly met and chatted to months ago. I shared that story at the time:

I just came back from a brief walk around a few blocks. Yes, the thought did cross my mind that a cop might pull me over, cuff me, and drag me away! Seriously however, I did come upon a woman outside of her home taking a picture. She had affixed a teddy bear to the front gate along with a sheet of paper with these words on it: “Pleeease can I come out soon” along with a sad face drawn on it. She said that she was going to send the pic to her granddaughter. I said that I agreed, and that we are all getting quite tired of this lockdown. billmuehlenberg.com/2020/04/10/on-our-corona-surveillance-state/

That was back in April. Imagine how much worse it is for her now as she is even much more imprisoned in her own home. That is why she and her granddaughter are in my prayers daily. As are all Victorians who are suffering so greatly right now. It stinks when anyone dies because of COVID. But it also stinks when anyone dies because of mismanaged government policies and excessive lockdown measures.

16 Replies to “How Many More Horrible Deaths Like This Will We See?”