Do what God wants you to do – even if it is never popular:

Here I want to focus on being faithful to what God would have you to do, even if you know it will NOT be popular, you WILL be misunderstood, and you may well even suffer greatly for doing it. It will come as no surprise that this piece is in good part inspired by my daily reading: I am now once again reading through the Book of Jeremiah. 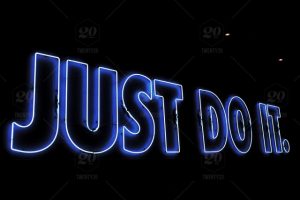 And just moments ago I read this from Jer. 20:1-2: “Now Pashhur the priest, the son of Immer, who was chief officer in the house of the Lord, heard Jeremiah prophesying these things. Then Pashhur beat Jeremiah the prophet, and put him in the stocks that were in the upper Benjamin Gate of the house of the Lord.”

Hmm, there you go: do what God wants you to do, and all hell breaks loose. Even the religious leaders of the day turned on Jeremiah. No wonder he is known as the weeping prophet – he had it real tough. He even goes on in this chapter to say the following: “Cursed be the day on which I was born!” (v. 14), and “Why did I come out from the womb to see toil and sorrow, and spend my days in shame?” (v. 18).

And the most amazing thing is this: God had told Jeremiah well ahead of time that the people would reject him. He was warned from Day 1 that his message would NOT be received. But he must go and proclaim the Word of the Lord nonetheless. As we read in Jer. 7:21-29:

This is what the Lord Almighty, the God of Israel, says: Go ahead, add your burnt offerings to your other sacrifices and eat the meat yourselves! For when I brought your ancestors out of Egypt and spoke to them, I did not just give them commands about burnt offerings and sacrifices, but I gave them this command: Obey me, and I will be your God and you will be my people. Walk in obedience to all I command you, that it may go well with you. But they did not listen or pay attention; instead, they followed the stubborn inclinations of their evil hearts. They went backward and not forward. From the time your ancestors left Egypt until now, day after day, again and again I sent you my servants the prophets. But they did not listen to me or pay attention. They were stiff-necked and did more evil than their ancestors. When you tell them all this, they will not listen to you; when you call to them, they will not answer. Therefore say to them, ‘This is the nation that has not obeyed the Lord its God or responded to correction. Truth has perished; it has vanished from their lips. Cut off your hair and throw it away; take up a lament on the barren heights, for the Lord has rejected and abandoned this generation that is under his wrath.’

Wow. And other prophets, such as Isaiah and Ezekiel, were also told at the outset of their ministries that the people would not listen to them and would reject them and their message. Imagine getting an assignment like that from God! And Jeremiah had to keep faithfully proclaiming the message for decades, while the people kept hating on him and rejecting what he had to say.

Christians today may have similar sorts of scenarios that they find themselves in. They have prayerfully sought God as to what they should do and what they should say, and all they seem to get is opposition, rejection, hatred and abuse. They may question if they heard God’s call correctly.

‘Why all the enmity and hatred?’ they may ask. ‘Am I sure I heard you right God?’ ‘If I am doing your will, why all this persecution and fierce resistance – even from other Christians?’ Again, we need to make sure that what we are doing is what God in fact wants us to do. Often we are rebuffed, rebuked and rejected NOT because we are in the centre of God’s will, but because we may just be obnoxious, arrogant and insufferable oafs!

But if you are pretty clear on what it is that you are meant to be doing, then just do it! Persevere, hang in there, and ignore the critics. Doing what God wants you to do is the crucial thing here. Ignore the naysayers, the opponents and the scoffers. You are not accountable to them, but to God.

Sure, we must listen to the critics in the sense that they may be offering us some much-needed advice or mid-course corrections, etc. Maybe we are going off on tangents, and we need to let others give us some wise counsel, help and correction.

But not everything others say to you will be of God. Sometimes they just dislike you and/or what you are doing, and Satan is using them to throw you off your divinely appointed mission. So treat the criticism as you would a fish dinner: eat the meat but throw out the bones.

And I am speaking to myself as well as I pen this piece. I of course need the same encouragement – even when it comes to writing articles for this site. I do at least one piece a day – sometimes more. (OK, so none were written yesterday – but I did try to celebrate the special day for my wife on her birthday – something especially difficult to do successfully with our very hard lockdown conditions.)

So I usually pray each morning asking the Lord for guidance on what I should write about. And I have come to see that when I do a more spiritual or devotional piece, there are usually far fewer comments, or likes, or shares. So I even thought just now that this piece would also be another one that would not get very much interest.

If I write on the threat of Islam or the radical homosexual agenda for example, then my articles get much more attention and circulation it seems. So I sometimes wonder if these devotional-type pieces are worth doing if maybe only a dozen folks might be helped or blessed by them.

But then the Lord reminds me that such a small response is just fine: better a handful of people deeply impacted by what I am being led to write, than a whole lot of people getting excited about something that may not be on God’s heart. I must just do what God wants me to do in other words, and leave the results up to God.

If I only sought for a great response with a lot of interaction, I would stay away from these sorts of articles and just concentrate on the culture wars’ articles. The temptation is always there to just give people what they want. But the right thing to do is to find out what God wants you to do and then just do it, regardless of the response.

So that I shall do. It will never result in this website being very popular and having masses of people come here every day. But if it is what God wants me to do, then the best thing I can do is to just do it.