These five female superstars put so many men to shame:

I have often asked this question before: Where are all the men? Where are all the brave and courageous men standing strong when and where it counts, whether it be in politics, in the culture wars, or even in the pulpits? Why does it always seem that fantastic females are at the forefront of so many of these battles and flashpoints? 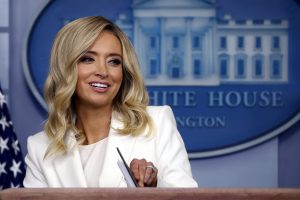 So often when I see a key bit of warfare taking place, at the front of the pack are some superlative women who seem to put so many men to shame. Don’t get me wrong: I am so glad they are there. So I am not gainsaying them but all the cowardly men who refuse to show their face where the battles rage. See my earlier piece on this here: billmuehlenberg.com/2011/07/15/where-are-all-the-strong-men/

Yes, there are of course many great men out there fighting the good fight. Trump himself of course is leading the charge here. He has the insight and wisdom to know that it is not just a matter of Republican vs Democrat, but independent patriots vs establishment politicians of either stripe. Indeed, he knew it was the swamp itself that needed to be drained.

Many other American men could be mentioned here. So too, many Australians. When it comes to the culture wars one thinks of great folks like Warwick Marsh, Lyle Shelton and Martyn Iles – to name but a few – who have stood strong for quite some time now.

And a number of male political figures could also be mentioned. Let me just single out two of them. On the Federal level, everything I see by NSW MP Craig Kelly on the social media I share instantly. He really is switched on, and he sure is not backing down on the things that matter.

On the Victorian State level we have champions like Bernie Finn fighting strong for family, for freedom, and for life. He is often a lone figure seeking to take on the Labor/Andrews juggernaut. We need more politicians like you Craig and Bernie. But let me turn to these top five female fighters who deserve so much credit and praise.

Are there more than five fearless females that can be featured here? You betcha! I could easily do 50 of them. But these five have been much in the news of late, and they have all shown us sterling qualities of bravery, principle and conviction as they each do their bit to help drain the swamp. I begin here in Australia and then shift to the US.

No one who has been following the interminable daily press briefings by Victoria’s Dan Andrews does not know how things have been massively shaken up over the past few weeks. After weeks of hot air gabfests with hardly any hard questions from the journalists – with a few notable exceptions – a seismic shift has taken place in the person of Peta Credlin.

The journalist, Sky News host, lawyer, and former Chief of Staff to Prime Minister Tony Abbott has been showing up at these press conferences and putting some real terror into Andrews. Because of her terrific investigative work, tough questions, and persistence of a pit bull terrier, she has really shaken things up.

She already has one big political scalp, and more are certain to follow, with hopefully the biggest scalp of all – Andrews himself – soon enough coming. One meme making the rounds – which might offend one or two folks – has a pic of her and Andrews with these words: “When the only person with balls in Victoria is a woman.” That about sums it up. We sure can use some male counterparts to this champion pugilist. Bless you Peta.

Miranda was actually born in the US, the daughter of the former Australian editor Frank Devine. She is an Australian journalist and commentator who has worked for the Daily Telegraph and other media outlets. She is now covering the US elections and working with the New York Post. She has been breaking some big news stories, most notably the Joe and Hunter Biden corruption scandal.

Indeed, I just saw her appearing on the top-ranked show hosted by Tucker Carlson on Fox News. In many ways she – along with her colleagues – is doing for Biden and the Democrats what Credlin has been doing for Andrews and Labor.

She is helping to break one of the top stories in the US right now – all the more important given the upcoming election, and given that tech giants like Facebook and Twitter have been censoring this story. Her work is first class, and her swamp-draining credentials are now impeccable. Bless you Miranda.

My first US example of a fearless female warrior is the recently appointed White House press secretary to President Trump. What a fearless and powerful champ she is. Simply taking on the hyper-left press corps every day as they seek to dump on Trump requires someone with courage, grace, smarts, and street-fighting skills. And she performs flawlessly.

And she is super-qualified to do so. She has graduated from Harvard Law School and Georgetown University. She also studied politics and international relations at Oxford University. She is brilliant, articulate, and unable to be rattled by the loony left as they pour their anger and spite on her and Trump.

And especially noteworthy is the fact that she is a strong, committed Christian. Just one quote from her: “My mission in life is that when I pass, I will hear Him say ‘well done good and faithful servant.’ If I can end my life that way then it doesn’t matter what people say on the way there.” Bless you Kayleigh.

This African-American conservative activist and commentator has been a real champion as she stands against the unhinged left and demonstrates that one can be a conservative pro-Trump intellectual and still be Black. As Kanye West tweeted two years ago: “I love the way Candace Owens thinks.”

She even launched the Blexit movement, a social media campaign to encourage Blacks and other minorities to exit the Democratic Party. And this is all the more remarkable given that not all that long ago she was a strong critic of Trump and conservatism.

One recent tweet of hers will have to suffice, tying in to what Miranda is doing: “The most compelling piece of this Hunter Biden story is that he was actually dumb enough to drop off 3 of his laptops for repair and then never returned back for them… in 2019…as his father ran for office, boldly lying to the world. This is why you don’t smoke crack, kids.” Bless you Candace.

Anyone who has tuned in to the SCOTUS confirmation hearings this past week in the US would be left with no doubt that this is one amazing woman, and she is fully qualified – and then some – to sit on America’s top court. All the usual Democrat mud was flung at her, but she came out of it smelling like a rose, and looking like the powerful, intelligent and incredible woman that she is.

Barrett is a 48-year-old conservative from Chicago who formerly worked for justice Scalia. She studied law at the University of Notre Dame and had been a long-time law professor there. Because she is a Catholic charismatic, a conservative, a constitutional textualist and originalist, and has seven children (two of them adopted from Haiti), and is pro-life, the Democrats and the Left absolutely hate her.

All the more reason to see her confirmed to sit on the US Supreme Court. Let me offer just one quote from her: “Your legal career is but a means to an end, and… that end is building the kingdom of God.” Bless you Amy.

Now let me point out that there are of course many more terrific women that I could have honoured here. Maybe future articles will do so. And obviously not all of those I featured above are evangelical, Bible-believing Christians. Some are and some are not.

I often pray for these women, and you should too. For those who are not Christians, I pray they would go all the way, getting right with God so they can be even more effective and energetic in the work that they do. But just as God can use a pagan like Rahab just as much as he can use a godly judge like Deborah, God can use – and is using – these five champions to do so much good. May their tribes increase.