We must use Scripture wisely and correctly when discussing refugees and immigration:

The problem with this verse is how it is misused by some folks, usually with various political agendas in mind. Along with it being manhandled for partisan political purposes, it can also be problematic if one does not have a modicum of awareness of the original Hebrew, and simply depends on various English translations. 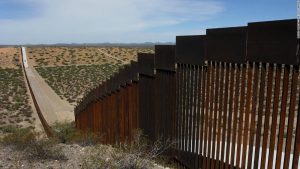 In fact, this verse has been picked somewhat at random, since there are a number of others like it which I could have selected. But let me offer here the verse and then mention the larger political discussion where texts like these are often used – and misused. Two renderings of the verse are these:

When a foreigner resides among you in your land, do not mistreat them. The foreigner residing among you must be treated as your native-born. Love them as yourself, for you were foreigners in Egypt. I am the Lord your God. (NIV)

This passage, along with a number of similar ones, is routinely raised by those on the religious left calling for radical immigration reform, be it in America, or Australia, or elsewhere. Often their idea of reform is more or less an open border policy. They believe nations are wrong to have strict immigration policies, and that in the name of Christian compassion we should radically reduce or eliminate the various legal and political restrictions and impediments that are in place with border security.

As can be imagined, I have written often on these matters before. See the nearly 50 articles found here: billmuehlenberg.com/category/ethics/immigration-asylum-refugees/

I won’t repeat here all the arguments I used previously. Instead I want to focus on the Hebrew terminology used in the Leviticus passage (and in others). One expert that is worth being aware of is Old Testament professor James Hoffmeier. He has written a very important and incisive volume on these matters called The Immigration Crisis: Immigrants, Aliens, and the Bible (Crossway, 2009).

I have quoted from him before, as in this piece: billmuehlenberg.com/2010/11/09/christians-and-asylum-seekers/

In pages 48-52 of his book he has a section called “What is an alien according to the Bible?” It is a very important discussion indeed. However, for those who cannot get hold of his excellent book, he did an article-length discussion of these particular matters in 2011 called “The Use and Abuse of the Bible in the Immigration Debate”.

Since the material in the article is fairly similar to what is found in his book, let me make use of the article here. He opens his piece with these words:

Secularists and liberals, both political and religious, are typically loath to consult the Bible when it comes to matters of public policy. So it is somewhat surprising that in the current debate about the status of illegal immigrants, the Old Testament or Hebrew Bible is regularly cited in defense of the illegal. Debra Haffner, a Unitarian Universalist minister — a denomination not known for taking Scripture seriously — offered a recent critique of the Arizona illegal immigration law in the Washington Post online (May 25, 2010), saying “It’s as if the 70 percent of Arizonans who support the law have forgotten the Biblical injunction to ‘love the stranger for you were strangers in the land of Egypt.’” This verse and others like it are frequently quoted in the name of “justice” for the illegal immigrant. A left-wing Christian advocacy group Christians for Comprehensive Immigration Reform, which is affiliated with Sojourners, had this passage on its website: “When a stranger resides with you in your land, you shall not oppress the stranger. The stranger who resides with you shall be to you as the citizen among you.” (Leviticus 19:33)

But the main point is how the biblical writers use certain specific terms when they seek to make specific points – something that can get easily lost however in some English translations. So let me quote this important part of his article:

What about the “stranger” or “alien”? The Bible is not “a living breathing document” that can mean whatever you want it to say. This question must be answered contextually and based on what the key words meant when they were written before we apply what that might mean in our own times. The most significant Hebrew word for our discussion is ger, translated variously in English versions, which creates some confusion, as “stranger” (KJV, NASB, JB), “sojourner” (RSV, ESV), “alien” (NEB, NIV, NJB, NRSV), and “foreigner” (TNIV, NLT). It occurs more than 80 times as a noun and an equal number as a verb (gwr), which typically means “to sojourn” or “live as an alien.” The problem with more recent English translations (e.g. TNIV and NLT) is that they use “foreigner” for ger, which is imprecise and misleading because there are other Hebrew terms for “foreigner,” namely nekhar and zar. The distinction between these two terms and ger is that while all three are foreigners who might enter another country, the ger had obtained legal status.

There are several episodes in the Bible that illustrate how a foreigner became a ger. The individual or party had to receive permission from the appropriate authority in that particular culture. Perhaps the best-known story has to do with the Children of Israel entering Egypt. In the book of Genesis, we are told of how during a time of famine in Canaan, the sons of Jacob did the natural thing under the circumstances — go to Egypt where the Nile kept the land fertile. Even though their brother Joseph was a high-ranking official who had recommended to Pharaoh that they be allowed to settle in the northeast delta of Egypt, they felt compelled to ask Pharaoh for permission:

He looks at Genesis 47:3-6, and then discusses a few other passages. He then says this:

From the foregoing texts we can conclude that in the ancient biblical world, countries had borders that were protected and respected, and that foreigners who wanted to reside in another country had to obtain some sort of permission in order to be considered an alien with certain rights and privileges. The delineation between the “alien” or “stranger” (ger) and the foreigner (nekhar or zar) in biblical law is stark indeed. The ger in Israelite society, for instance, could receive social benefits such as the right to glean in the fields (Leviticus 19:9-10; Deuteronomy 24:19-22) and they could receive resources from the tithes (Deuteronomy 26:12-13). In legal matters, “there shall be one statute for you and for the stranger who sojourns with you, a statute forever throughout your generations. You and the sojourner shall be alike before the LORD. One law and one rule shall be for you and for the stranger who sojourns with you” (Numbers 15:15-16). In the area of employment, the ger and citizen were to be paid alike (Deuteronomy 24:14-15). In all these cases, no such provision is extended to the nekhar or zar. In a sense, the ger were not just aliens to whom social and legal protections were offered, but were also considered converts, and thus could participate in the religious life of the community, e.g. celebrate Passover (Exodus 12:13) and observe Yom Kippur, the day of atonement (Leviticus 16:29-30). They were, moreover, expected to keep dietary and holiness laws (Leviticus 17:8-9 & 10-12). It is well known that within Israelite society, money was not to be lent with interest, but one could loan at interest to a foreigner (nekhar). These passages from the Law make plain that aliens or strangers received all the benefits and protection of a citizen, whereas the foreigner (nekhar) did not. It is wrong, therefore, to confuse these two categories of foreigners and then to use passages regarding the ger as if they were relevant to illegal immigrants of today. cis.org/Report/Use-and-Abuse-Bible-Immigration-Debate

I could quote from various critical commentaries on Leviticus and other OT books to further make these distinctions with the Hebrew terminology, but hopefully you get the point. Simply ripping a text out of its context – especially while ignoring important grammatical and linguistic nuances – is not how a political point should be made by believers.

As both Hoffmeier and I have often said, yes, having a compassionate response to the needy, including genuine refugees, is one thing. But misusing texts to push for radical open border policies, and to call to ‘tear down the wall’ is not how the biblical Christian should proceed.

Other books could be mentioned here beside the Hoffmeier volume which I strongly recommend. Just one, written by a Catholic and an Evangelical, is worth highlighting. I refer to the excellent volume The Politically Incorrect Guide to Immigration by John Zmirak and Al Perrotta (Regnery, 2018).

It deals with some of the biblical material, along with many political, historical and legal matters as well. And all those aspects need to be considered as thinking Christians seek to be both morally and biblical wise on this and other complex social issues.