If your heart breaks over all the injustice in life, here is good news:

Everywhere in this fallen world we see countless cases of injustice and great evil occurring. It can be on a smaller scale, or a larger scale, but it is part of everyday life. As to the former, an elderly woman living alone may be scammed out of thousands of dollars by an unscrupulous tradesman. Or a gullible person may have been ripped off by a fake dating site where she thought she was finding the love of her life, but instead got deprived of her life savings. Or a person may have been unfairly fired from his job, and so on. 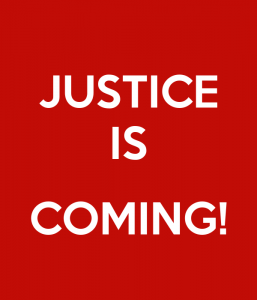 Let me offer three larger-scale examples of this which of course impact on far more people and can be far more deadly. And they all seem to be cases where justice was NOT rendered. They seem to have gotten away with murder – in some cases, quite literally.

Hitler is an obvious example. His 12-year reign of terror, especially the second half, resulted in the destruction of Europe, millions of people being killed, and the Jewish race nearly obliterated. Yet Hitler seems to have gotten away with it, having committed suicide on April 30, 1945 in his Berlin bunker as the Allies were closing in. No payback for him. No justice!

A second example – although not quite as horrific – was the recently handed down report into the Dan Andrews hotel quarantine debacle which resulted in the deaths of over 800 people. There were no surprises here whatsoever. We all knew this would be a whitewash, and Andrews would get off Scot-free.

Although tens of thousands of pages of documents were examined, and millions of our tax dollars spent on this inquiry, surprise, surprise: they just could not manage to figure out who was responsible! And of course not being a Royal Commission, it was a toothless tiger. So even if they did do their job properly and tell us what we all knew – that Andrews is guilty as all get out – nothing would have come of it anyway in terms of giving us a just outcome. And with so many Victorian sheeple, he will likely get re-elected in 2022 anyway. No justice!

Thirdly, and the immediate rationale for this piece, is the current state of play in America. Most nights I go to bed with a heavy heart as I reflect on and pray about all the injustice in the world, and I often pray for President Trump. As to the recent US elections, it still seems like very substantial voter fraud took place. Trump and some 75 million Americans may well be on the receiving end of a very unfair and unjust process. No justice!

So here we have a few examples of what seems to be real evil getting the upper hand, with no justice in sight. Talk about getting discouraged and bummed out. When justice is not forthcoming, or greatly delayed, it really is demoralising – and it encourages others to do evil. Indeed, Scripture speaks to this very thing: “When the sentence for a crime is not quickly carried out, people’s hearts are filled with schemes to do wrong” (Ecclesiastes 8:11).

Thus from a purely human point of view, it seems like this world is awash with evil and injustice. The wicked get away with so much, and it seems like justice is nowhere to be found. It is so easy to become disheartened in a world like this.

But the Christian of course has a different perspective on things. Sure, he is fully realistic about the nature and reality of evil, and how pervasive it is. And he is quite aware that justice seems to so often go missing in this world. But he also knows that this world is not all there is. There is an eternal destination for all of us, and there will be a final day of reckoning.

We will all stand before the just judge of the universe and give an account of our lives here on earth. Thus folks like Hitler WILL still have their day in court. They will face the music – they will pay the piper. They have NOT gotten away with it – not by any means.

And arrogant and corrupt politicians like Dan Andrews will also have to give an account. Unless they repent and give their lives to Christ now, they will be in a very fearful place when they stand before their Creator and Judge. That is true of every single one of us.

Our God is a God of justice. And the idea of seeking and praying for divine justice – if not in this world, then in the next – is found throughout Scripture. I have written on this often – especially this year. Consider three recent pieces on this:

So many biblical texts can be appealed to here. Just this morning in my daily reading I came upon this passage from Revelation 6:9-11:

When he opened the fifth seal, I saw under the altar the souls of those who had been slain for the word of God and for the witness they had borne. They cried out with a loud voice, “O Sovereign Lord, holy and true, how long before you will judge and avenge our blood on those who dwell on the earth?” Then they were each given a white robe and told to rest a little longer, until the number of their fellow servants and their brothers should be complete, who were to be killed as they themselves had been.

And when I recently posted similar thoughts to this article on the social media, one friend rightly posted Galatians 6:7: “Do not be deceived: God cannot be mocked. A man reaps what he sows.” And of course the words of Abraham from the book of Genesis come to mind: “Will not the Judge of all the earth do right?” (Gen. 18:25).

A verse near the end of the Bible also speaks to the coming time of much-needed justice: “I saw heaven standing open and there before me was a white horse, whose rider is called Faithful and True. With justice he judges and wages war” (Revelation 19:11).

So the biblical teaching on justice is great news. God is a just God, and all evil will be judged – if not now, then soon enough. That should help us all to keep going, knowing that God is not unaware of what is happening in this world. He is fully aware of what is taking place.

It should be said however that we must also thank God for his mercy and his grace. With folks like Andrews, as I said, we can pray for their conversion. But if they will not bow to the one true ruler of the universe, then yes, they must deal with God’s justice.

But looking at my own life, I must say I am glad justice was delayed. I was not a Christian for the first 18 years of my life, and God could have rightly and justly dealt with me then. But he was longsuffering, and I eventually came to see the light.

And many times in my Christian walk I have been far from where I should be, so I again must thank God for his great grace. But the biblical Christian will affirm both attributes of God: his justice and his mercy. We are not to choose one over the other, but to delight equally in both, and in all the other glorious attributes of God.

If you want to understand God’s justice in an unjust world, says the prophet, this is where you must look. God’s justice is not simply a blind disposing of rewards for the virtuous and punishments for the wicked, though plenty of those are to be found on the way. God’s justice is a saving, healing, restorative justice, because the God to whom justice belongs is the Creator God who has yet to complete his original plan for creation, and whose justice is not simply designed to restore a balance to a world out of kilter but to bring to glorious completion and fruition the creation, teeming with life and possibility, that he made in the first place. And he remains implacably determined to complete this project through his image-bearing human creatures and, more specifically, through the family of Abraham.