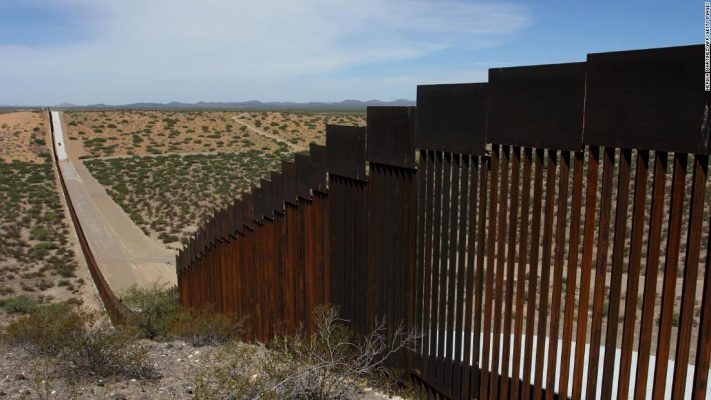 TOPSHOT – This picture taken on August 28, 2019 shows a portion of the wall on the US-Mexico border seen from Chihuahua State in Mexico, some 100 km from the city of Ciudad Juarez. – The US Defence Department said on September 3 it was freeing up $3.6 billion in funds budgeted for other projects to build a wall on the Mexican border as ordered by President Donald Trump. Six weeks after being confirmed by Congress, Defence Secretary Mike Esper has signed off on the diversion of funds, said Pentagon spokesman Jonathan Hoffmann. (Photo by HERIKA MARTINEZ / AFP) (Photo credit should read HERIKA MARTINEZ/AFP via Getty Images)