Some political and spiritual reflections on 2020:

Well, that was different. Little did any of us realise one year ago that 2020 would turn out to be, well, so very different and unexpected. The coronavirus has certainly changed the world – for good or ill. And it is still with us. So perhaps next year I might be writing a similar sort of piece. 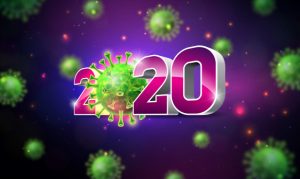 Little did I know in January of last year that in 2020 a full 101 of my 375 or so articles would be on the Rona and all aspects of it. It certainly was not something any of us had anticipated. And a few folks complained about me writing so much on this.

But when something is impacting the entire world so overwhelmingly, and everyone is talking about it, and being affected by it, then it makes sense to pay some amount of attention to it. If I were alive in December of 1941 when Pearl Harbor took place, I likely would have written a hundred articles or so on the course of WWII during 1942 as well.

Given that the Rona was THE story of last year, let me discuss it in two ways: spiritually and politically. These and other aspects of the virus and our responses to it of course had been discussed by me plenty last year, but some concluding thoughts may be of use here.

As to spiritual concerns, for some years now my prayers have been along these lines: ‘God, please do something. The West is going from bad to worse. Things just can NOT remain the same. We continue to move away from you and continue to move into ever more sin, immorality, evil and darkness. This cannot long last. Something has got to give. Please send repentance and revival to your churches or send something to wake us all up.’

I am sure many other concerned Christians have been praying prayers like this. They knew that we could not have any more business as usual. They knew a great shaking was needed. So perhaps the Rona is – at least in part – an answer to our prayers. It certainly put an end to business as usual. And it seems to still be doing so; for how long we do not know.

Whether such a global shaking has the desired effect remains to be seen. Whether non-Christians start to seriously consider eternal realities is not certain. And whether it finally wakes up a sleeping church is a moot point. The only real hope in such a bad year is knowing that God has not abandoned us and he is still working out his purposes. As such we must remain on our knees and keep crying out to God.

As the great English preacher Charles Spurgeon rightly said, “God is too good to be unkind and He is too wise to be mistaken. And when we cannot trace His hand, we must trust His heart. When you are so weak that you cannot do much more than cry, you coin diamonds with both your eyes. The sweetest prayers God ever hears are the groans and sighs of those who have no hope in anything but his love.”

Early on last year when corona became such a huge event, I began writing about how the State will ALWAYS use a crisis or an emergency to take for itself ever more power and control, and individual freedoms and rights will easily be trampled on in the process. Boy, did I and others get that one right!

As I said back in March 12: “Health care crises need our careful attention. But political crises resulting because of them are also deserving of our close attention. So we all must proceed cautiously here. The growing, expansive state can soon enough cause more harm than something like the Coronavirus.” billmuehlenberg.com/2020/03/12/crises-liberty-and-the-state/

A year later we see that alarmism, media-led fearmongering, and Statist control are STILL happening. Today an Australian state gets a tiny handful of new cases and all the states shut their borders and go back into full-blown panic mode.

And of interest, our national anthem has just been changed: the second line of Advance Australia Fair is now “For we are one and free” instead of “For we are young and free”. With state premiers acting like little dictators, we are NOT one and we are NOT free!

Therefore it seems that one good way to assess last year is to ask the question, Who got it right: George Orwell or Aldous Huxley? These two writers and secular prophets from last century did so much in warning us about an ominous future – primarily in their dystopian novels. I refer to Orwell’s 1984 and Huxley’s Brave New World.

Debate has taken place as to who was more on the money. While we can learn plenty from each author – especially as we see elements of their grim forecasts increasingly coming to pass – we may have to tip the scales in favour of Huxley.

Sure, I quote from both routinely, and they both gave us important warnings. But the way things are now panning out, Huxley may have had the edge in terms of getting things right. And I am not alone in making such assessments. Many others have remarked on this as well.

Let me draw upon two of them. Another secular voice who warned where the West was heading with clarity and deep insight was Neil Postman (1931-2003), the American cultural critic and media theorist. He penned a number of important volumes which could be mentioned here, including his 1992 book, Technopoly: The Surrender of Culture to Technology.

But the book he may be best remembered for is his 1985 volume, Amusing Ourselves to Death: Public Discourse in the Age of Show Business. In this landmark book he discussed how the electronic media, especially television, was transforming our culture. He warned that television was dumbing down everything in its reach, and that it was turning all public life into mere entertainment. He argued that there is no such thing as ‘serious television,’ and that this shift could well lead to our ruin.

Of course he wrote this incisive warning well before the age of the internet, texting, Twitter, iPads, DVDs, smart phones, cable and satellite TV, Facebook, YouTube, plasma screens, and so many other revolutions in media, communications and entertainment. If things were bad then, how much worse are they today?

But my main reason for discussing Postman has to do with what he wrote in the beginning of his book. He too discussed Orwell and Huxley and how their works of fiction so accurately predicted where and how things would develop. And he also assigns the prize to Huxley:

As Huxley remarked in Brave New World Revisited, the civil libertarians and rationalists who are ever on the alert to oppose tyranny ‘failed to take into account man’s almost infinite appetite for distractions.’ In 1984, Orwell added, people are controlled by inflicting pain. In Brave New World, they are controlled by inflicting pleasure. In short, Orwell feared that what we fear will ruin us. Huxley feared that what we desire will ruin us. This book is about the possibility that Huxley, not Orwell, was right.

Let me bring in one other important commentator to the discussion. I refer to Rod Dreher and his new book, Live Not By Lies. He warns that a soft totalitarianism is well under way in the West. But see my review of his book here: billmuehlenberg.com/2020/12/30/a-review-of-live-not-by-lies-by-rod-dreher/

Dreher also discusses Orwell and Huxley, and he too tips Huxley:

Soft totalitarianism exploits decadent modern man’s preference for personal pleasure over principles, including political liberties. The public will support, or at least not oppose, the coming soft totalitarianism, not because it fears the imposition of cruel punishments but because it will be more or less satisfied by hedonistic comforts. Nineteen Eighty-Four is not the novel that previews what’s coming; it’s rather Aldous Huxley’s Brave New World. The contemporary social critic James Poulos calls this the “Pink Police State”: an informal arrangement in which people will surrender political rights in exchange for guarantees of personal pleasure.

Soft totalitarianism … makes use of advanced surveillance technology not (yet) imposed by the state, but rather welcomed by consumers as aids to lifestyle convenience—and in the postpandemic environment, likely needed for public health. It is hard to get worked up over Big Brother when you have already grown accustomed to Big Data closely monitoring your private life via apps, credit cards, and smart devices, which make life so much easier and more pleasurable. In Orwell’s fictional dystopia, the installed “telescreens” in private homes to keep track of individual’s lives. Today we install smart speakers into our homes to increase our sense of well-being.

Hmm, why did 2020, the year of the Rona, seem to bring all this together in frightening reality?

See that you do not refuse him who is speaking. For if they did not escape when they refused him who warned them on earth, much less will we escape if we reject him who warns from heaven. At that time his voice shook the earth, but now he has promised, “Yet once more I will shake not only the earth but also the heavens.” This phrase, “Yet once more,” indicates the removal of things that are shaken—that is, things that have been made—in order that the things that cannot be shaken may remain. Therefore let us be grateful for receiving a kingdom that cannot be shaken, and thus let us offer to God acceptable worship, with reverence and awe, for our God is a consuming fire.