The powers of the state can expand exponentially during times of crisis:

I just got back from our local shopping mall. It may just be me, but it seemed that there were fewer people there than usual. Staying away for fear of Coronavirus? Possibly. And maybe with good reason. The media is certainly running long and hard with this story.

And I guess it does grab our attention as each new VIP or celeb announces that they now have the virus – the latest being Tom Hanks and his wife. Nothing wrong with a bit of caution then. But there are various ways we can look at this. I have already examined some spiritual, theological and biblical aspects of the virus: billmuehlenberg.com/2020/03/10/difficult-bible-passages-psalm-9110/ 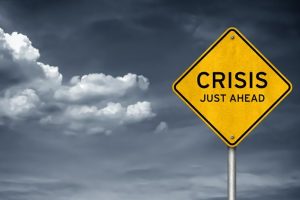 It goes without saying that I am not a doctor, a scientist, or an epidemiologist. Thus I am in no position to comment on the actual crisis and whether it is going to bring about the death of humanity, as some are trying to suggest, or whether the whole thing is overblown hype, with more folks dying from the flu, etc. If push comes to shove, I guess I tend to side with those who are saying we must avoid all the panic-mongering and exaggeration.

The actual hard facts and science of this we will have to leave to the experts. But more can be said about various social and political aspects of this and other crises. That at least is one area where I have a bit more knowledge on, and may have something worth sharing.

My thesis is simple: In times of crisis, the power of the state can expand rapidly while the freedoms of the individual can shrink dramatically. Of course in times of genuine crisis and emergency there is a place for the state to step in and act in a responsible and appropriate manner. But the trick is to discern what is a real and major crisis, what is a mild crisis, and what is just a manmade or fake crisis.

I already mentioned that we must allow medical experts and others to accurately and objectively analyse and assess the threats of this latest health crisis. Yet doctors and others in the health fields can at times have their own agendas and biases, so we must exercise caution, even here.

But where we will much more likely find all sorts of cases of bias, agendas, hype, deception and misinformation is in political circles, unfortunately. Politicians often have hidden agendas or ulterior motives in what they say or do. And the temptation for them to take even more power and control is always a clear and present danger.

The state is ever willing to seize control of things, but is very loathe to give up control. Thus a public health crisis is just the sort of thing that power-hungry politicians will latch onto in order to grab more control and power. And that means much less liberty and freedom for ordinary citizens.

If politicians only had the best interests of its citizenry at heart we could all relax. But they seldom do. Any excuse will do to take more power while leaving individuals less free. That is certainly one of the clear lessons of history. One can simply offer any number of quotes from Ronald Reagan on these harsh realities. Here are a few:

“No government ever voluntarily reduces itself in size. Government programs, once launched, never disappear. Actually, a government bureau is the nearest thing to eternal life we’ll ever see on this earth.”

“Concentrated power has always been the enemy of liberty.”

“The most terrifying words in the English language are: I’m from the government and I’m here to help.”

And we have indeed seen this far too often. Just think of another crisis which has been hyped to the max in recent times. I refer to climate alarmism. Plenty of those who are on the government gravy train – including plenty of scientists and researchers – along with most politicians and those of the mainstream media have made this THE crisis we must deal with – NOW.

And many of them have been quite willing to tell us about all the sacrifices we must make, including paying much higher taxes, greatly restricting travel and consumer options, the ever shrinking of freedoms and choices in general, and expanding government bureaucracies. All to save the planet of course.

Bear in mind however that I am not pushing anarchism here. I have often made the case as to why I am not an anarchist or a radical libertarian. There IS a place for the state. But since the tendency for it to want to expand its powers and reach exponentially is always there, there is always the need for the people to be aware of this and resist it when necessary.

As the American conservative William F. Buckley Jr. once put it, “The best defence against usurpatory government is an assertive citizenry.” There may well be some good, moral and conscientious politicians who really do want what is best for us and the nation. But there are many who do not. So we must remain vigilant.

As is so often the case, we need some balance here. Statism is always a danger, and we all must be on guard against this. But certain times of emergency or crisis do require some government intervention and some deprivation of freedoms. After 9/11 for example we put up with at least minor inconveniences: longer lines because of security checks at airports, bag checks at concerts and public events, etc.

And during a time of war most people will also accept an enlarged government along with reduced personal liberties. Thus they will put up with various shortages and types of rationing. They will sacrifice their time and talents for the good of the nation. They will put up with plenty of inconveniences and restrictions in the interests of winning the war. And all that is fair enough.

But the trouble is too many politicians want us living in a full-time state of war with a permanent set of restrictions on individual freedom and ever more increases in state power. Their thirst for ever more power and control becomes insatiable. That is what we must always resist.

A few concluding quotes from some recent voices can be offered here:

“Giving money and power to government is like giving whiskey and car keys to teenage boys.” P. J. O’Rourke

“Concentrated power is not rendered harmless by the good intentions of those who create it.” Milton Friedman

“All too often the state is tempted into activities to which it is either ill-suited or which are beyond its capabilities.” Margaret Thatcher

“Freedom is messy. In free societies, people fall through the cracks – drink too much, eat too much, buy unaffordable homes, fail to make prudent provision for health care, and much else. But the price of being relieved of all these tiresome choices by a benign paternal government is far too high. Big Government is the small option: it’s the guarantee of smaller freedom, smaller homes, smaller cars, smaller opportunities, smaller lives.” Mark Steyn

“In politics, the great non sequitur of our time is that (1) things are not right and that (2) the government should make them right.” Thomas Sowell

Health care crises need our careful attention. But political crises resulting because of them are also deserving of our close attention. So we all must proceed cautiously here. The growing, expansive state can soon enough cause more harm than something like the Coronavirus.

10 Replies to “Crises, Liberty and the State”