Our opponents want to discourage us and deter us from doing what is right:

You can be absolutely certain that if you are doing something right, something worthwhile, something true, and something vital for Christ and the Kingdom, that you will get those who will seek to deter you, discourage you, and derail you from your task. It happens all the time, and I know all about it. 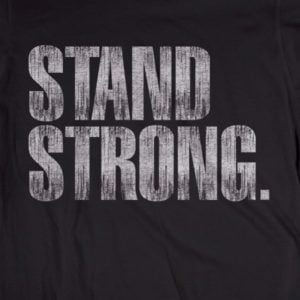 A major way that the spiritual enemy and those on the other side seek to immobilise you, side-track you, and render your work null and void is to smother you with criticism, carping and complaints. They will do whatever it takes to discourage you, get you to doubt yourself and what you are doing, and demoralise you.

Three things happened to me this morning which very nicely illustrate this very thing. As they all tie together, I take them as more than a mere coincidence, but a means by which God is seeking to speak to me and others. And all three lead to this important point: do not give up, and do not let others drag you down, wear you out, and force you to give up.

Let me begin with my morning Bible reading. I am in Exodus again, and I just reread the story of God’s mighty deliverance of the Israelites from Pharaoh and the Egyptians. After 430 years (Ex. 12:40-41), God’s people were finally set free from their bondage under the Egyptians.

Yet just moments after they were well on their way out, the people began to murmur and complain to Moses. They had gotten to the Red Sea, and Pharaoh had changed his mind about letting them go, so he and his army were now in hot pursuit. When the people saw this they got all upset and turned on Moses. As we read in Ex. 14:10-12:

When Pharaoh drew near, the people of Israel lifted up their eyes, and behold, the Egyptians were marching after them, and they feared greatly. And the people of Israel cried out to the Lord. They said to Moses, “Is it because there are no graves in Egypt that you have taken us away to die in the wilderness? What have you done to us in bringing us out of Egypt? Is not this what we said to you in Egypt: ‘Leave us alone that we may serve the Egyptians’? For it would have been better for us to serve the Egyptians than to die in the wilderness.”

Good grief – what a bunch of whiners! Did they not just witness God sending ten mighty plague judgments on Egypt, while they were kept safe – including the passing over of the death of the first born? Yet they were now ready to waltz right back into Egypt! Thankfully, Moses knew better, as we find in verses 13-14:

And Moses said to the people, “Fear not, stand firm, and see the salvation of the Lord, which he will work for you today. For the Egyptians whom you see today, you shall never see again. The Lord will fight for you, and you have only to be silent.”

So my first example shows us that opposition and criticism need not come only from our enemies and those fully against our beliefs and values. Sometimes the discouragement and resistance can come from our own people, be they fellow believers or even members of our own household. While we should listen to the criticism of those we know and trust, we must not let them discourage us from doing what God has called us to do.

My second example is something I get on a regular basis. Because this is an interactive website, I have thousands of comments that come my way. To be precise, I have 78,103 POSTED comments. And there would be many tens of thousands of other comments that were NOT posted. They are too foul, too diabolical, too hate-filled and too ugly to post.

But some of these quite horrific and demonic comments I have been saving over the years. There are some real doozies among them. And I just got more of them sent to me this morning. A ministry like this is certainly not for the thin-skinned, or for those easily discouraged!

When you have been doing this sort of work for a while you get to know how the other side operates. While plenty of random visitors to the site will send in nasty and hateful comments, quite often they are part of an orchestrated campaign. You know this is happening when a post of mine – even an older post – all of a sudden elicits a whole bunch of ugly and critical comments.

Other sites have obviously posted instructions to their groupies and hate squad to come attack my site en masse. So I will get a whole bunch of comments coming through around the same time attacking me and what I have said. You oughta read some of the ones I get! Maybe I can give you just a few recent ones (heavily edited of course for public consumption):

“wtf is this garbage blog.”

“once again bill you are so full of bulls**t”

“Well this is nothing but a load of horses**t.”

Gotta love how the other side “argues” and makes their case. Really makes me want to abandon my values and beliefs and rush to join their side – Not! But they are doing this not just to unleash their devilish hatred and bile on us. They also want to wear us down and bum us out. Their end game is to get us to quit what we are doing.

That is really what all this demonic hatred is all about, even when some of the comments are not as vile and profanity filled. Some will come across as more ‘reasonable’ but the end is the same: they want us to believe that we are alone in our beliefs, that everyone else thinks different, and that we should drop our ongoing work.

They are trying to bully us into submission, even if it is by getting us to believe that maybe we are extremists and worse, and perhaps they are right after all. They want us to doubt ourselves, question our work, and give up in despair. Well, I am here to tell you this: it ain’t gonna happen! I will NOT give up. And neither should you.

As I said above, even if it is family members or friends who are speaking out against you and what you are doing, we must stand true to our calling. Sure, we listen to their criticisms and complaints and seek to discern if there is any truth in them, but we must not let them wear us down and get us to doubt the work that God has called us to do.

The people of Israel were acting as the mouthpiece of Satan when they attacked Moses so long ago, and the enemy can use loved ones and friends and even parents or siblings or children to do the same to us today. So we need to be careful here, wise and discerning. We can listen to what others are saying, but we must not let them sway us from doing what is right – from doing the work of the Lord.

My final example gives the other side of the equation. When you are getting constant criticism and negativity and opposition, it sure helps to get a bit of encouragement and praise now and then. And that happened today. While I was reading all the hate-filled comments this morning, a Christmas card came in the mail.

It actually came to me indirectly, via Vision Christian Radio. I have been doing a weekly interview with them for well over a decade now, and this person had heard me there and tried to get in touch with me. So the card was forwarded to me. This is what this person wrote:

I am an analogue person living in a digital world. Hence, I have been unable to obtain your postal address to offer you encouragement in your spiritual battle against demonic forces. The onslaught on social media must be difficult to withstand. I admire your persistence to warn all of the erosion of our freedoms, particularly our Christian traditions and values. I look forward to your weekly radio stint on Fridays with Neil Johnson.

I pray and plead with you never to give up. I see you as an articulate, eloquent, thoughtful and well researched warrior for God’s army. May God bless you and all those you love and care about.  I pray Google, Facebook never censor you. Dana ******.

Wow. What a timely and welcome card to receive. Many thanks Dana. Your words of encouragement were just what I needed to keep on keeping on, especially with all the hate mail I got this morning, along with the increasing darkness we find all around us.

A major part of the sadness and despair that I and so many other believers have with what is happening in our world has to do of course with what especially is occurring in America today, the 20th of January, 2021. As I just posted on the social media:

If you are groaning and overwhelmed with a sense of despair and darkness, you have every reason to be. As Proverbs 29:2 says: “When the righteous increase, the people rejoice, but when the wicked rule, the people groan.”

We are now in for some VERY dark days ahead, in part thanks to the Never-Trumpers and woke Churchianity. ‘BUT GOD’ is our only hope. Keep standing strong saints. God has not abandoned his throne.

So we must persevere and stand strong and have faith. Do NOT let others drag you down. Or as the Apostle Paul put it in 2 Thessalonians 3:13: “And as for you, brothers, never tire of doing what is right.”

22 Replies to “Don’t Let Them Drag You Down”