We have the truth, and we need to start using it: 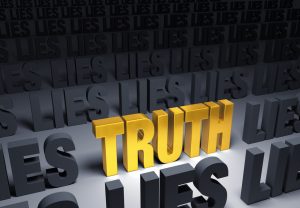 As I was just thinking yesterday: I have never been so alarmed, so concerned, and so burdened with what I see happening all around me. We who are living today have never witnessed this before: the gathering gloom, the weight of darkness, the anti-God and anti-faith tsunami, the flood of immorality and evil, and the secularisation and demonisation of the State.

Add to this one of the worst features of our current situation: the near universal apathy and ignorance of the churches. Most Christians have no idea what is going on and couldn’t care less. Most are asleep at the wheel, and most just want to be left alone to live the good life. They have zero interest in the political and social disasters all around them.

But I was also thinking yesterday that there are indeed some brave and faith-filled believers who do know what is going on, who do care greatly about all this, and who are speaking out. It encouraged me greatly just to think about these folks – many of them actually friends of mine – at least online friends, if not those I have personally met.

All over the West there are pockets of courageous resistance with concerned saints speaking out, regardless of how costly that is getting to be. And they all know that we have one key weapon at our disposal: truth. We must keep proclaiming truth, even if we end up being the last ones standing.

It was the Soviet dissident Alexander Solzhenitsyn who said, “One word of truth shall outweigh the whole world.” Or as Jesus put it, “You will know the truth, and the truth will set you free” (John 8:32). So truth is the weapon we must use.

Of course to stand for truth in a world that lives on lies and loves the darkness does not guarantee that we will win every battle and defeat every foe. But it is the means by which we must proceed. That is how we must make a stand, and there would be many examples of this.

Let me here mention just three champions who are standing strong and proclaiming truth. The trouble with singling out individuals of course is that so many others could be mentioned. But it is worth giving credit where credit is due, and more articles like this can feature even more champions for truth.

The three I highlight here are all fellow Americans, and I have quoted from all of them in the past. Two I know well – at least as social media friends. Those two – like me – have become veterans of how Big Tech treats truth tellers: spending time in Facebook Gulag.

But let me start with one prophetic voice that I do not know personally, but I like how he speaks truth to power. And perhaps nowhere is that needed more in the West today than in calling out the new American President. Messianic Christian Jonathan Cahn recently gave a message on the inauguration of Joe Biden. Here is part of it:

Mr. President, how can you place your left hand on the Bible, the Word of God, and with your right hand, sign laws into existence that war against the Word of God.  How can you place one hand on the Word that ordains human life as sacred and in the image of God from conception, and then with the other, sign laws into existence that will promulgate the killing of that human life?  How can you invoke the name of God in your oath and lay your hand upon His word and then implement laws that will suppress the going forth of His word, that will censor His word, and those who advance it?

You plan to enact laws that will disregard the distinction between male and female. Did not the warning of our first president involve that very thing – if we disregard the eternal rules of order that heaven itself has ordained… You plan to enact laws that will specifically neutralize the protection of religious freedom. You plan to strike down the Hyde Amendment, so that more children will be murdered and those Americans who recognize abortion as murder, will be forced to support the act of murder with their taxes. And you plan to empower the act of killing unborn children not only within the borders of America but throughout the world to the end that yet more rivers of blood will flow.

You can read the whole message here: www.theamericanconservative.com/dreher/jonathan-cahn-big-tech-vs-christians/

And you can watch his full 13-minute message here: www.youtube.com/watch?v=hrCtoQUXnmc&t=217s

Two other champions who courageously proclaim truth tirelessly are Prof. Robert Gagnon, and Laurie Higgins of the Illinois Family Institute. Their daily posts on the social media are always full of truth, wisdom and prophetic power. Let me quote from each of them.

Today for example Laurie said this:

The halcyon days for Christians in America are over. When will Christians get that through their thick soft skulls that have marinated for decades in materialistic comfort? The persecution Scripture promises us, the trials we are to count as joy, the hatred Christ told us we will experience–all of that is here in America and intensifying. And still most Christians don’t seem to see it. And in not seeing it, they’re not preparing their children for what their cross-carrying walk may or will entail. Sometimes don’t you feel like slapping your brothers and sisters in Christ upside the head or shake them like your mother did when you were a teenager and you were taller than her?

And a few days ago she said this – the sort of thing that Fakebook considers to be hate speech:

Resident Biden–the Unifier-in-chief–has lifted the ban on cross-sex impersonators serving in the military. So, now all the good women who have signed up to serve our country will have to shower and bunk with biological men–also known by science as “men.” I guess all us rubes, dupes, deplorables, and ugly folk are on the hook to pay for cross-sex hormone-doping too. The “trans” cult couldn’t rest with just destroying women’s sports and shelters. Their goal is to spread their alchemical pseudoscience around the world before the truth can pull up its pants. And the “trans”-cultists and their ignorant sycophants call Republicans science-deniers. Sheesh.

Robert Gagnon also posts daily soul food. He too speaks truth to power, and will not remain silent. Here are a few of his recent offerings:

“Incitement to violence” will be the consistent pretext for denying you free speech and free exercise of religion. That’s why FB banned me for a day. That’s the whole basis of the impeachment charge against Trump, even after he is out of office. Do you think that Dems will stop with Trump? They are out to cancel you. Get really “woke.” It doesn’t matter that you tell people to act “peaceably.”

Scripture regularly treats state persecution of God’s people as demonic, and there is no other label that fits the promotion of wanton killing of innocent life. Yet many Christian “elite” and their younger generation supporters resist the obvious conclusion that the Dem Party, which latches onto coercive “LGBTQ+” laws and virtually unrestricted abortion as its supreme idols, has a demonic policy agenda. Kindly explain to me the fallacy of my argument.

For Christians who warn against consistent voting against Dem candidates, confusing politics with salvation, and not aligning Christianity with any one political party or person, consider this:

While the Republican Party is not the Christian Party, neither is its two main policy idols killing unborn babies with impunity and setting up laws and judicial rulings that will permanently persecute Christians over failure to bend the knee and confess allegiance to immoral, conscience-violating “LGBTQ+” ideology.

Whatever good may come out of the Dem Party simply can’t cancel out the demonic agenda for its two chief policy idols. Scripture regularly treats state persecution of God’s people as demonic, and there is no other label that fits the promotion of wanton killing of innocent life. This does not mean that Dem voters or even Dem candidates and office holders are demonic. But the chief agenda of their Party is….

If these two are not yet your FB friends, they should be. We need to hear more from truth-tellers like this. And we need to not just hear these things, but also to share them far and wide. And we need to keep folks like this in our prayers as well. Being on the frontlines means you get the worst that the other side will throw at you.

As mentioned, there would be many more individuals who could be featured here. Future articles will seek to do that. But I wanted to offer these three examples of those who understand the times and know what must be done, just like the ancient sons of Issachar did (see 1 Chronicles 12:32). They know that truth must be proclaimed, even though it is becoming increasingly dangerous to do so.

Solzhenitsyn, again, can have the last word here: “You can resolve to live your life with integrity. Let your credo be this: Let the lie come into the world, let it even triumph. But not through me.”