You better believe we are in a war – and act accordingly: 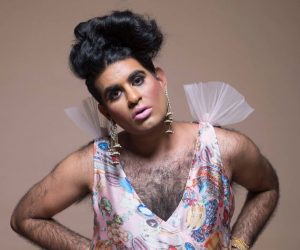 In a recent class I was teaching on Christian social involvement, these thoughts and questions arose – as they always do. Some believers think that such activities are rather fruitless, or perhaps not very Christian. So I need to keep making the case for why we must be salt and light in a very needy world.

‘We Can Ignore Them – They Are Just on the Fringes’

In this class I mentioned the fact that in so many of the big debates and battles – be it abortion, or the trans agenda, etc – you basically have this scenario: perhaps 5-10% of the folks are activists pushing these agendas. And perhaps 5-10% are those on the other side, seeking to defend against the radicals. Then you have perhaps 80-90% in the middle who may not know where exactly they stand on these issues.

Some of the students said they found that to be helpful. One asked a question along these lines: ‘If that is the case, why not just concentrate on the majority in the middle? Why bother with the small activist minority group on the other side?’

I answered by saying that yes, we mainly deal with those who are undecided, and seek to alert them to what is happening, and seek to win them over to our way of thinking. But we also must not ignore the very real threat that the activist minority side poses.

Hopefully it should be clear why this is a rather faulty approach. If we ignore the arsonist, or pretend that he is no big deal, then we are all at serious risk. The arsonist could try to burn down the homes of the other eight – and/or even of the fire fighter! It does not matter if he is in the minority. He can still cause very real damage indeed.

Sure, we should concentrate on reaching out to the majority, but that should never mean that we ignore the minority and the threats that they pose. To pretend that these folks do not exist, or that they offer no real danger, is to be irresponsible and reckless.

Indeed, we must also understand that the activists are working overtime to reach out to that undecided middle – they are actively seeking to recruit them to their cause. And they are often successful in that endeavour. Thus the majority can soon be reduced to 60% or 40%, etc. That is how the other side keeps winning – and how we keep losing.

So for a number of reasons we dare not pretend that we can somehow just ignore the activists as they seek to remake society in their own revolutionary image. Yes, we seek to convince the unconvinced, but we also must deal with the militants who are causing so much damage and destruction.

Around the same time that I was dealing with this question, I came upon a very shocking social media post that perfectly illustrated just what I was talking about. It had to do with a hardcore trans activist and some very appalling things he had said.

The character is Alok Vaid-Menon, and this is the quote that was featured: “These days the narrative is that transgender people will come into bathrooms and abuse little girls. The supposed ‘purity’ of the victims has remained stagnant. There are no little princesses. Little girls are also kinky. Your kids aren’t as straight and narrow as you think.”

Wow! And this is NOT fake news. I did a quick search on this – it is a bit of a paraphrase of what he actually said. But what he actually said is just as bad. You can see the whole sordid story here: www.sausageroll.com.au/tech/twitter-defends-gross-little-girls-are-kinky-tweet-by-alok-vaid-menon/

As the writer of that article stated:

Alok’s statement is terrifyingly similar to comments often made by pedophiles who excuse their crimes by projecting their own perversions on the minors they are abusing. A lot of people see the red flags in this comment and have lashed out on Twitter. Sadly, Twitter are supporting Alok’s comments.

A conservative woman and republican politician, Lauren Witzke, of Delaware USAQ simply retweeted the Alok Vaid-Menon’s quote with the caption “demonic” and she was immediately and permanently suspended from Twitter for hate speech.

When I shared the Alok post on my page, I also got a lot of strong reactions. One person said: “This man has 618,000 followers on Instagram.” Another gal said this: “This is not someone who feels that they are in the wrong body. This is a pervert out to do harm.” Yes quite right. This guy could not be clearer: he is pushing the sexualisation of children and the view that it is quite OK for adults to exploit this.

I decided to look further into this guy. This is how he describes himself:

ALOK (they/them) is an internationally acclaimed gender non-conforming writer, performer, and public speaker. As a mixed-media artist, ALOK’s work explores themes of trauma, belonging, and the human condition. They are the author of Femme in Public (2017) and Beyond the Gender Binary (2020). In 2019 they launched #DeGenderFashion: a movement to degender fashion and beauty industries. They have been honored as one of NBC’s Pride 50, Out Magazine’s OUT 100, and Business Insider’s 25 Doers. They are currently an artist in residence at the Annette von Droste Foundation Center for Literature. www.alokvmenon.com/about

I shared this with my students and said this is exactly why we MUST deal with the activists. It does not matter if they are just some fringe extremists. They are still very dangerous, and they are doing their best to reach the masses for their diabolical causes.

And as I have just demonstrated, he is NOT some fringe guy anyway. He seems to be quite mainstream with plenty of support from mainstream groups. And he is working overtime to bring that uncommitted middle into his own sordid camp. If what he is on about does not shake you to the core, I do not know what will.

As I told my students every day this past week, ‘We ARE in a war. We can no longer live in make-believe land. The other side has declared war on all we hold near and dear, and we must be aware of this and stand up for what is right – including the wellbeing of our children.’

The role of activist minorities

I recently wrote a piece on remnants, and how in the biblical scheme of things, God usually gets his job done by using a committed minority – not by using the masses. I offered some quotes from Christians and non-Christians on the power of one, or the power of small groups to make a difference. billmuehlenberg.com/2021/03/08/on-being-a-remnant/

One commentator wrote in to say that this is true of the other side as well: often a small handful of leftist activists can make a huge difference. I replied: “Yes quite so Paul, it works both ways. The Bolsheviks were a minority who unleashed the Russian Revolution for example.”

An article that just appeared from an American commentator and law professor is quite relevant here. Glenn H. Reynolds speaks of woke minority activists who are riding roughshod over the majority. He says in part:

Woke tyrants ride high, even so; according to a Cato/YouGov poll, 62 percent of Americans self-censor their political expression. Only a tiny minority of consumers care about Mr. Potato Head’s toxic masculinity, about “Aunt Jemima” as a brand or about the #MeToo aggressions of Pepé Le Pew. Yet corporations, universities and governments rush to placate that minuscule slice of the population, trashing large chunks of our culture in the process.

It’s happening not because anybody voted for it, but because a small but determined and vicious minority is bullying people to go along, relying on cowardice and groupthink to achieve ends that could never happen via majority vote: How do you think Dr. Seuss would have done in a referendum?

How does this happen? To some degree, the woke abuse the good nature of Americans. For the most part, Americans want their fellow citizens to be happy. If they hear something makes others unhappy, they generously look to change things.

And there’s fear. Writing about the goings-on at New York’s Dalton School, Bari Weiss notes that even parents who think the political correctness has gone too far are afraid to speak out: They think their kids’ shot at the Ivy League could be at risk. And it’s not just Dalton.

Weiss quotes one mother: “I look at the public school, and I am equally mortified. I can’t believe what they are doing to everybody. I’m too afraid. I’m too afraid to speak too loudly. I feel cowardly. I just make little waves.” Another says: “It’s fear of retribution. Would it cause our daughter to be ostracized? Would it cause people to ostracize us? It already has.”

In his book “Skin in the Game,” Nicholas Nassim Taleb writes about the surprising ability of small but intransigent minorities — 3 percent to 4 percent is enough — to change the direction of entire societies. He writes: “The most intolerant wins. . . . Yes, an intolerant minority can control and destroy democracy. . . . [I]t will eventually destroy our world. So, we need to be more than intolerant with some intolerant minorities.”

Does this mean we should be less tolerant of our own minoritarian tyrants? In a word, yes. nypost.com/2021/03/11/to-beat-woke-tyrants-rest-of-us-must-treat-them-like-monsters/

Thus we must take seriously the minority militants who are seeking to overturn all that we value. Yes, seek to win over the majority in the middle, but we dare not ignore or write off the activists on the other side.

8 Replies to “Cultures Wars: Why We MUST Engage”