By now most people are aware of the tragic death of Australian model and TV presenter Charlotte Dawson. A lengthy battle with depression resulted in an apparent suicide. It is always extremely sad when anything like this takes place, especially for a relatively young person (she was just 47).

One thing much of the mainstream media is not revealing however is the very clear link to an abortion she had and her depression. Some media outlets did speak to this. The Daily Telegraph for example said this: “Dawson’s personal life was also traumatic after she split in July from her most recent lover, real estate broker Tyrone Corban, 24 years her junior. 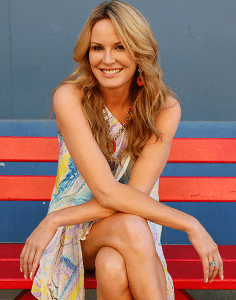 “But friends believe she had never really gotten over her marriage to Miller, which ended in divorce after only a year. In her tell-all autobiography Air Kiss And Tell, she revealed she had an abortion because the pregnancy would interfere with Miller’s preparation for the 2000 Olympics — and blamed that for the start of her long battle with depression.”

And the Australian had this brief mention of the abortion connection: “Ms Dawson gave an insight into her life — both her troubles and the highlights — in her autobiography, released late 2012. In the book, Air Kiss and Tell, she revealed she had had an abortion with her former husband, Olympic swimmer Scott Miller, so that he would not have any distractions in the lead up to the Sydney Olympics.

“She had been looking forward to having a baby but sensed ‘hesitation’ in Miller. ‘Everything Scott had done was leading up to this moment and nothing could stand in his way, so it was decided that we would terminate the child and try again later. Who needed a developing foetus when a gold medal was on offer, eh?’

“Ms Dawson wrote that she was alone when she had the termination. In her book she wrote that this was her first experience with depression — a battle she continued to fight for the next 14 years.”

But for daring to point out this connection, some people have been attacked. NSW politician Fred Nile for example highlighted this fact in public, and has been taking the heat for doing so. But despite all the flak, he would not back down. He said in his defence:

“Charlotte Dawson’s story is a sad tragedy as she, like many, is a victim of depression. Her story needs to be told because, if it could happen to a strong and successful woman such as Charlotte, it can happen to anyone. May she finally be at peace. Our sympathy and prayers are with her loved ones.”

And the simple truth is, this is another ugly secret of the abortion industry. Abortion does indeed lead to depression and mental and psychological problems. Women do suffer after an abortion: they can suffer physically, emotionally, and psychologically.

So much so, that a number of support groups exist around the world to help women cope with the after-effects of abortion. Groups such as Women Hurt by Abortion and Victims of Choice deal with women each day who are coming to terms with their abortions.

One counsellor who has dealt with many women who have abortions says this: “One psychological effect we see almost all the time is guilt. Others are suicidal impulses, a sense of loss, or unfulfillment. Mourning, regret and remorse. Withdrawal, loss of confidence in decision-making capabilities.”

Many studies could be referred to here. One longitudinal study published in the Journal of Child Psychology and Psychiatry found that women who have an abortion are more likely to experience mental health problems later in life, including depression, anxiety and drug and alcohol abuse.

Indeed, the list of reputable studies on this is increasing each year. As but one example, an article recently appeared which listed with full detail and documentation numerous recent studies which demonstrate the harm to women’s mental health because of abortion.

Dr. Priscilla Coleman, Professor of Human Development and Family Studies at Bowling Green State University, said this about the list: “Over 30 studies have been published in just the last 5 years and they add to a body of literature comprised of hundreds of studies published in major medicine and psychology journals throughout the world. The list is provided below and the conscientious reader is encouraged to check the studies out.”

Also, an important book was recently published in Australia by Melinda Tankard Reist entitled Giving Sorrow Words. The book grew out of small ads placed in newspapers and magazines asking for stories of women hurt by abortion. Hundreds of women responded. This book is a collection of some of these stories. It is a painful read.

Every one of the women featured here regrets her decision, mourns the loss of her child, and grieves months and years afterwards. Pro-abortionists try to deny these stories, or explain them away. But they cannot go away. The stories contained in this book are a testimony to the truth that abortion kills little babies. The mothers know it.

And a newer Australian book is also very important to this whole issue. Post-abortion grief counsellor Anne Lastman has listened to over 1000 personal stories of women who have had abortions. It is a very powerful and moving book, especially considering the fact that Anne Lastman had two abortions herself. This is how she describes the plight of the woman who has had an abortion:

“We need to realise that with the termination of the life in the womb, her originally designed womanhood is changed or at best seriously affected, and the person after the abortion is no longer the person she was before. It is almost as if two people die on the surgical table, one physically and one spiritually and emotionally.”

She notes that baby death through abortion is qualitatively different from that from, say, a miscarriage: “Although there is a strong similarity between pregnancy loss and abortion loss, the trauma following abortion is much greater due to the fact of the participation or even volitional aspect of the mother. Although this participation is often little more than the giving of an indifferent consent, and at times this consent given under pressure, the guilt component of her emotions, coupled with the eventual realization of what she has done becomes unbearable.”

She continues, “The Diagnostic and Statistical Manual of Mental Disorders specifies that a trauma is more severe and longer lasting when the stressor is of human design, as in the volitional aspect, or consent, to the decision to abort.”

Janet Morana records a number of stories of women who have had abortions and live to deeply regret it. These moving stories will not likely make it into the mainstream media, but they need to be told. Let me just share one of those stories with you. An eighty-year-old grandmother told Morana: “My abortion was before Roe v. Wade made abortion legal and it was not in a back alley as we hear people say, but that abortion haunts me to this day.”

She summarises the situation this way: “Women never forget their abortion, even if they eventually find healing. Their memories of their abortions become a permanent part of their lives.” Indeed, “not only did abortion not solve their problems, it created many other physical, psychological, and emotional problems.”

While the pro-abortion lobby and much of the MSM does not want to let these facts get out into the public, the recent tragic death of Dawson is yet another reminder that abortion really is a killer – in more ways than one.

30 Replies to “Abortion, Depression and Suicide”