There are various reasons why it is slow going in winning the battle for life in the West. And we just had three good examples of this in the UK. All up they demonstrate why we have a very big job on our hands. And they remind us that this battle will have to be fought on various fronts – not just one.

The abortion scourge is of course simply part of the much larger sexual revolution. The promise of free love and sex without consequences and remorse always was a lie, and we are all paying heavily for it now. We now have epidemic levels of promiscuity, sexual diseases, teen pregnancies, abortions, busted families, broken marriages, and so on. 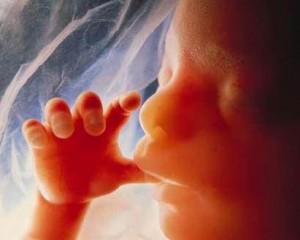 A big part of the problem is that we have managed to dumb down an entire society to such a level that most folks do not actually know that 2 plus 2 in fact equals four. Or in this case, that 1 (man) plus 1 (woman) = 1 (baby – at least always potentially).

Sexuality is always about, and has always been about, reproduction – the two are intimately connected. But we are so mentally obtuse and morally deficient that your average young person today does not even realise that sex and reproduction are two sides of the same coin.

And this is not some religious observation. The diehard evolutionary atheist knows just as well that the purpose of sex in nature is to reproduce. So the fact that babies are potentially always a part of the mix when humans copulate should surprise no one.

Yet plenty of folks seem utterly clueless about this, and are actually surprised if a pregnancy follows intercourse. Well, duh! So in an age of rampant promiscuity and anything-goes sexuality, of course plenty of babies are turning up. And the usual answer today to deal with this is abortion.

So the whole sexual revolution needs to be challenged big time. There are heaps of problems involved with it. And one recent story from England shows, at least obliquely, how dangerous things can be. Consider the horrific story of two teens who fell to their deaths while copulating.

The tragic story goes as follows: “Two teenagers have plunged to their death while allegedly having sex on a balcony at a luxury London apartment block. The students, named as Anastasia Tutik, 19, from Russia, and ‘Miguel’, 18, from Mexico, died instantly after falling from the sixth floor of a flat on the banks of the River Thames. The international students had just met at a party where they were celebrating their end-of-year exams.”

But let me focus on two more specifically abortion-related stories, and why the fight for life is always so difficult. At Oxford University (where I just was a few weeks ago), a pro-life group has been struggling just to have a presence there:

An attempt at Oxford University to restrict the activity of its student pro-life group has failed after the university’s student union voted 24-27 on May 28 to allow Oxford Students for Life to advertise their activities on campus.
The pro-life group’s website says they are “committed to fostering dialogue and education” on abortion, euthanasia, infanticide, and physician assisted suicide. “We also seek to provide women in need with practical help and support, so that they might feel free to choose life for their child, even in difficult circumstances.”
But Oxford University Student Union vice-president for women Sarah Pine alleged that the group was attempting to impose their will on expectant mothers with “directive counselling.” She put forward a resolution calling on the union “to instigate and maintain an advertising ban on LIFE and other organisations which provide directional abortion advice.”
But Oxford Students for Life said in their statement that their group’s mandate does not include such a stand. “Opposing women’s right to choose is no part of our campaigning; what we campaign for is the dignity of human life at every stage,” they explained.

Of course such attempts to ban and censor all prolife sentiments is quite common throughout the West. Simply preventing prolifers from sharing truth about abortion is a key way the pro-death camp keeps the public from even being made aware about what abortion really entails.

This is true of almost all the mainstream media as well. They simply will not allow any views but the pro-abortion one from being heard. This is nothing but draconian censorship and an ugly attempt to shut down all debate. No wonder it is so hard for pro-lifers to get themselves heard.

But our third story from the UK shows that it is not just the pagans out there making it hard on the prolife movement. Sadly, even so-called Christians can be resolutely opposed to prolife activities. Consider this rather outrageous story:

The largest Christian festival in the United Kingdom has banned a pro-life group from having an exhibit at its annual event, despite covering other life issues such as poverty, human trafficking and the environment. The Big Church Day Out attracts 20,000 visitors annually with entertainment by the biggest names in Christian music while also stating in its core values, “The event provides an opportunity to promote social justice and missions issues, by giving a platform to various organizations, and allowing them to engage a wider audience in their vision.”
Abort67 describes itself as a public education project, displaying large images of aborted fetuses to show the public what abortion really involves, with the aim of “making abortion unthinkable.” For the past four years, Abort67 has been refused a stall at the event, despite assurances that there would be no aborted images on display and only leaflets and fetal models to show the developmental stages of the pre-born child.
This year, Abort67 is planning to exhibit a large display leading to the entrance of the festival location, so all 20,000 visitors can be presented with the reality of abortion for the pre-born child. “This is not a protest, but a plea for help” will be the slogan of one of its banners.
Andy Stephenson, founder of Abort67, says, “Frankly, we are dismayed that the church, which claims to be pro-life, is blatantly ignoring the plight of the pre-born child. The church in this nation has been on a ‘day out’ over this issue for the past 46 years—the Big Church Day Out event is making more of a deal about their carbon offsetting than about the fact that babies are being systematically tortured to death.”

Yes quite right. It is a very sad day indeed when the greatest obstacle to the prolife camp may be the church of Jesus Christ. No wonder we keep losing so many of these battles. With friends like these, who needs enemies? But despite all these obstacles and hindrances, it is incumbent upon all prolifers to keep on keeping on.

For the sake of the 45 to 50 million unborn babies slaughtered each year worldwide, we must never give up on this, but in fact redouble our efforts.

6 Replies to “England, Abortion and Our Uphill Battle”